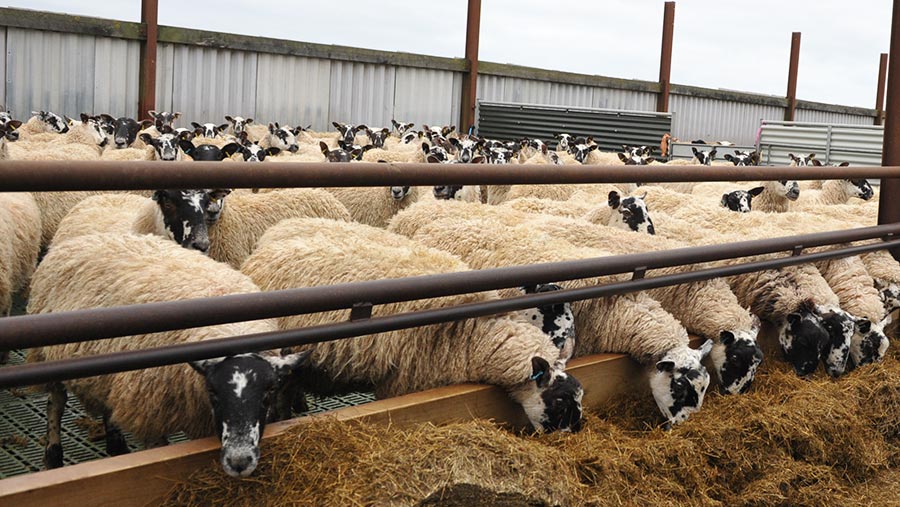 Housing pregnant yearling ewes in a roofless slatted unit is allowing an Anglesey livestock farm to conserve grass for grazing in February.

The five-pen unit at Marchynys Farm, Penmynydd, accommodates 650 sheep and was built without a roof, not as a cost saving measure, but to preserve pasture and support flock health.

“It is a high welfare unit. The sheep thrive on it,” says John Foulkes, who runs the large-scale flock with his son, Jack, and wife, Eirwen. 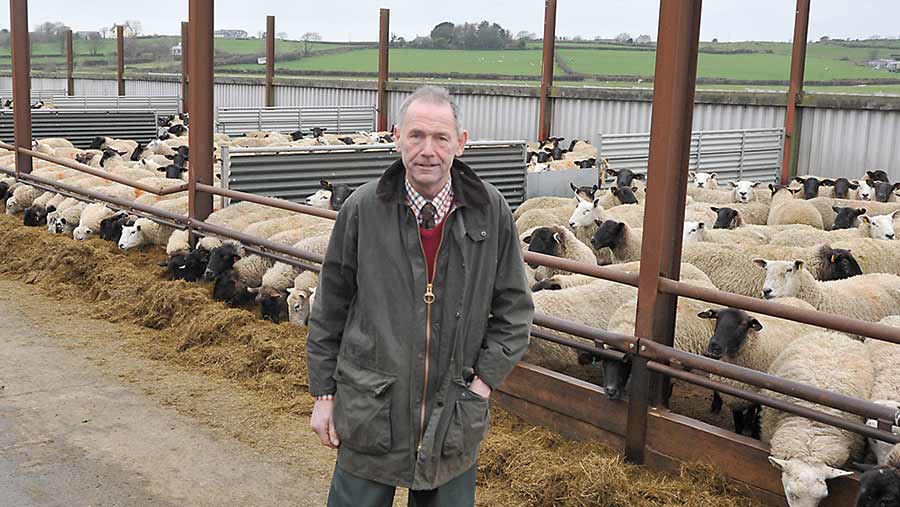 “We don’t experience the respiratory problems that come with poorly ventilated sheds, and foot health is very good because the sheep are standing on slats instead of in a muddy field or on wet straw – their feet are dry.’’

Why they needed a shed

Yearlings previously grazed a 49ha block until mid-February but, as the farm is in a high rainfall area, the land was heavily poached and grass growth didn’t properly recover until at least June.

A solution was to house more of the flock at the end of November but a conventional housed system was not suitable because of the length of time the sheep would need to be indoors, says Mr Foulkes.

“We needed to find a way of getting them off the land for two and a half months that didn’t involve them being in a shed,’’ he explains.

Watch the video of the shed and read the rest of the report below.

It was built next to the farmyard because the site was in a sheltered position and it was close to the other sheds. It was also on a slight incline which minimised the excavation work.

Yearlings are housed in the unit from the end of November to the end of February. It is earmarked for this group of animals because they are the last to lamb and therefore need to be housed the longest.

They are on the slats for two and a half months before they are moved into the lambing shed a month before lambing.

Triplets are drawn out first, followed by the twins and finally the singles.

Mr Foulkes calculates that housing on straw for this length of time would cost at least £2/head in bedding so he is making a saving of £1,300 as well as the labour cost of bedding up the pens.

The muck is contained in a one-metre deep underground store which is cleaned out every two years.

Contrary to what others might perceive, Mr Foulkes says it is a high welfare option but not a cheap one. “It cost us £12,000 plus another £10,000 for the slats but that was 12 years ago and we did most of the building work ourselves.

“It wouldn’t have cost us much more to put a roof on it. The floor was the most expensive component.’’

At today’s prices, he estimates that it would cost £10,000/pen for the building work and plastic slatted floors.

After 12 years of use, the wire mesh floors are being replaced with plastic slats, which work out at £4,500/pen.

“The steel mesh is coming to the end of its lifetime so we have replaced it in two pens and will replace the others in due course,’’ says Mr Foulkes.

“The plastic slats are more expensive but far more superior to the wire mesh and the muck falls easily through them.’’ 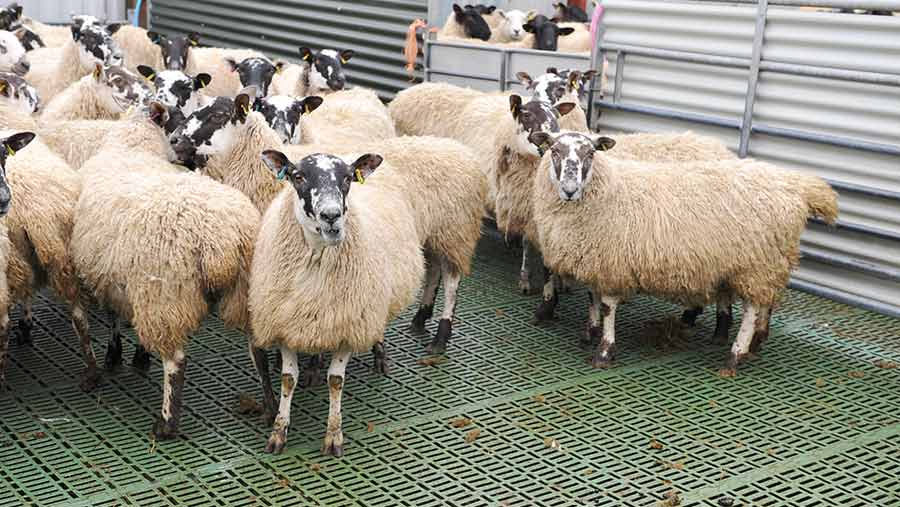 The overall health of the sheep on this system is excellent, Mr Foulkes reports.

“They are standing dry with shelter from the wind and there are obviously no problems from stale air.’’

It is also a good option for protecting foot health, he adds.

“It is far better than any bedded area because feet are dry, there is no compositing of manure to hold the bugs.

“This is also a much better option than having sheep standing deep in mud around a ring feeder in a field.’’

Mr Foulkes admits the system is not for everyone, suggesting that lamb producers must consider conditions on their own farms when assessing an approach that works for them.

The ideal scenario, he says, would be to grow forage crops for winter grazing but this system would not suit his farm because of the combination of soil type and high rainfall.

“I can’t imagine the conditions if I had sheep on swedes or turnips,” he says. “You have to farm the farm you have.’’

Improvements he would make

If he was building the unit again he would change the dimensions to create a longer feed passage, opting for 200ft x 20ft instead of 150ft x 30ft.

The pressure on trough space is managed by ensuring sheep have 24-hour access to feed – fresh silage is put out every other day.

Another change Mr Foulkes would make would be to not install steel uprights – these were put in as a “safety net’’ to support a roof if it were ever needed.

“It was experimental at the time so I couldn’t be sure it would work,’’ he admits.

The one disadvantage is that the unit has only one use.

“You can’t lamb on the slats and, if there was a bedded area, we could also use it for cattle at other times of the year,’’ he says.

But they are minor considerations when balanced against the advantages of the unit.

“Our aim is to have every acre of land available for grazing from 1 February for ewes and lambs and we have done that. The grass is now there.’’

Is it for you?