In this instalment of What’s in Your Livestock Shed?, we head off to Yorkshire to check out farmer James Cooper’s beef sheds and his pedigree Tomschoice Limousin herd.

Hill Top Farm, Dacre, near Harrogate, North Yorkshire, covers 52ha and has a herd of about 50 breeding cows and approximately 100 followers.

The farm has taken advantage of remote camera technology and wi-fi, to help to monitor the herd more efficiently and reduce calving losses. 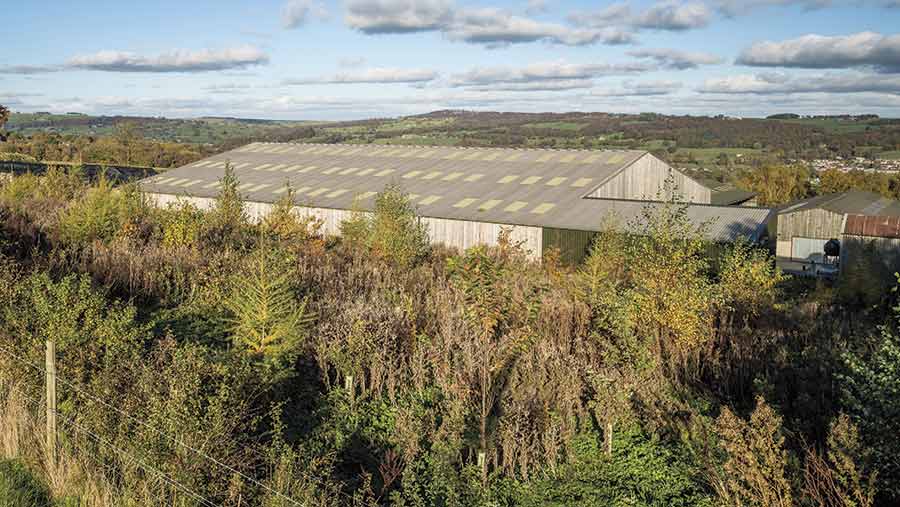 The housing was built in 2012 by RE Buildings, Lancaster, following project management and groundworks by New Lodge Contractors, Harrogate.

Cows are turned out during the summer and subsist on round-bale silage in the winter in Mr Cooper’s 45.7m by 39.6m cow shed. 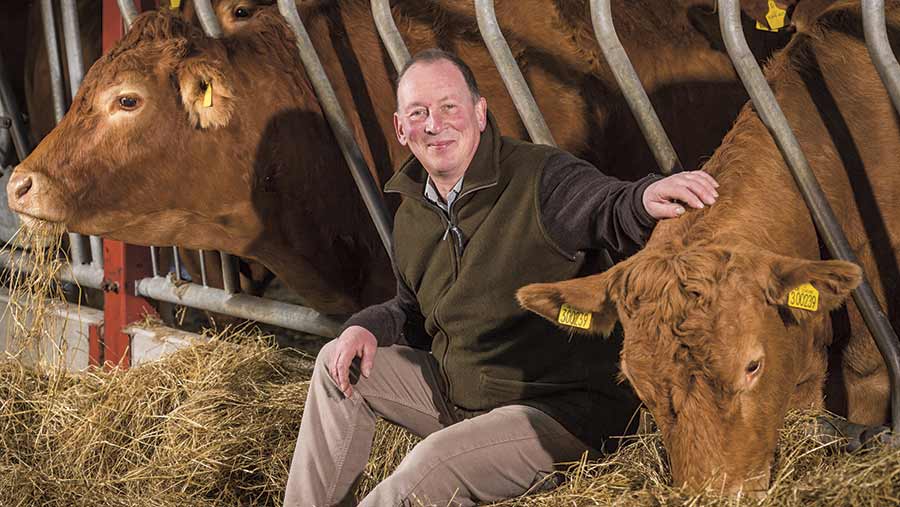 They are housed from October, ahead of calving, which typically begins at the end of the month and runs until the end of February, with the exception of some of the farm’s older cows which calve as late as April.

The herd typically calves between 50 and 55 each year.

Remote control cameras installed in the shed, which James can access via his phone, have helped the Coopers reduce calving losses by one or two a year. 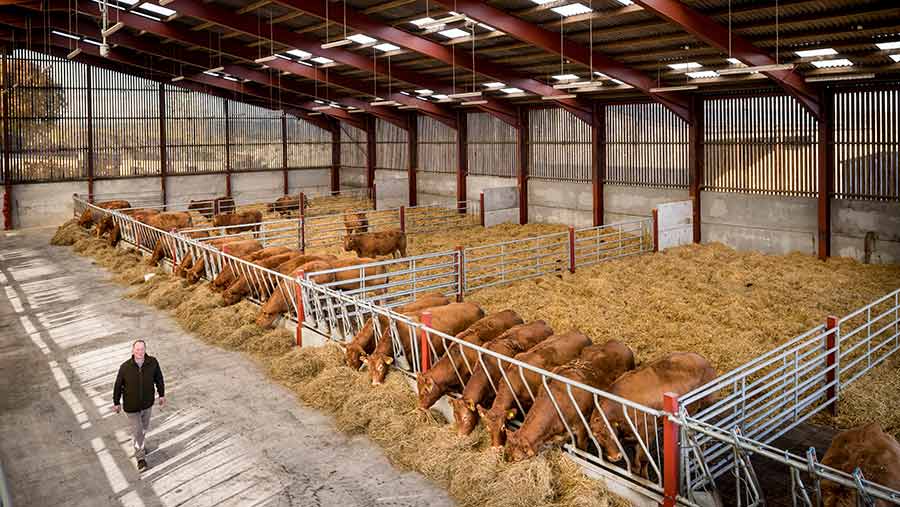 A 4.6m scrape passage at the front of the building means cattle can also be fastened back for the daily scrape out, or fastened forward for bedding up. 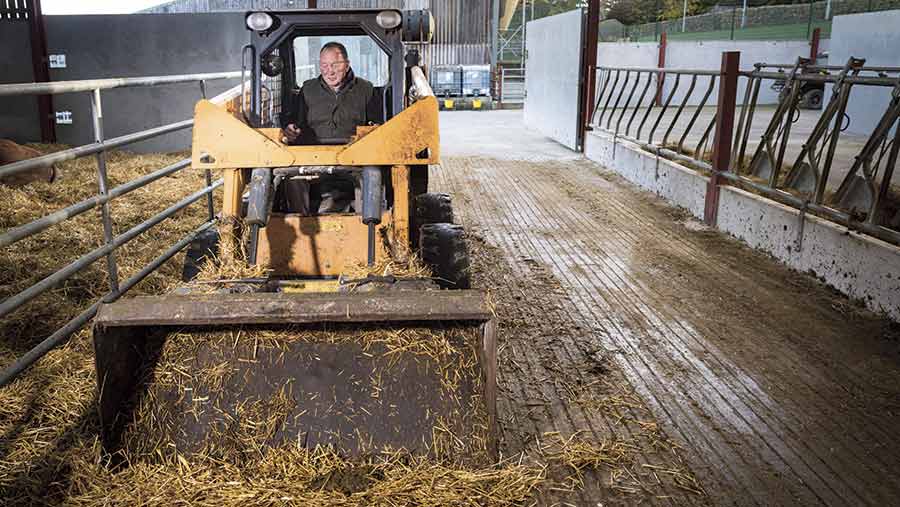 Farm revenue largely comes from the sale at Carlisle, Skipton and Newark of young bulls, which are housed separately, subsisting on ad-lib ration, sugar beet and hay.

Older, later-calving cows are also usually sold in the Cooper’s annual female sale at Skipton each May.

Mr Cooper, who works part time as a director of Ripon Select Foods, runs the farm with his wife Sarah and children Laura and Ben, who all work full time elsewhere but “muck in” when they can.

What could you not live without at calving?

We have remote control cameras that were installed in 2012 by a local firm. At the same time, we also installed wi-fi access around the farm. 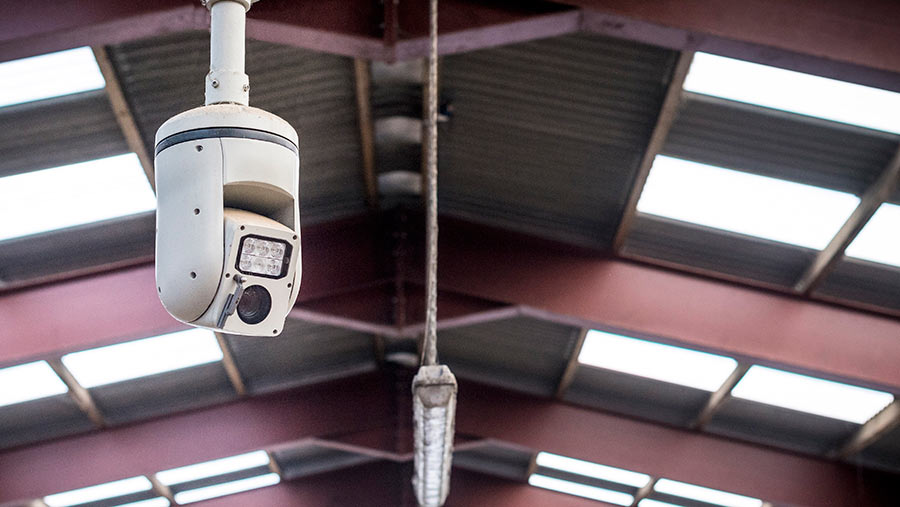 The cameras have no doubt reduced calving losses by one or two a year because I now look at the cows more during the night. I am also able to watch them while I’m at work, if needs be, over the internet.

We are able to move and zoom the cameras, which gives us some good accuracy and control.

Ideally, I would have liked to be able to drive through the shed.

But it is built on a hill side, so without a huge amount more digging work this would not be possible.

What is your latest purchase?

Last year we bought a new Spread-a-Bale bale spreader; it fits on to a second-hand telehandler. 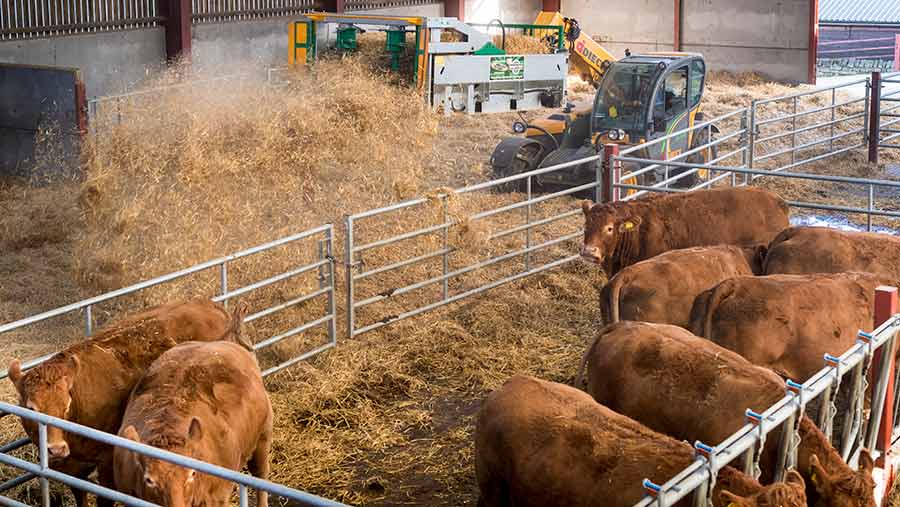 This has proved to be a great piece of kit.

We now bed up twice a week instead of over six days and we are using two-thirds of the straw that we were doing, in a fraction of the time. Plus, the cattle are cleaner and more content.

Also, there is no more dust than when we were doing it using a skid steer and fork.

It would go down the central passage but we don’t use it like that.

We fasten cows forward on to the scrape passage and then bed up behind them. We fasten cows back onto the bedding to scrape out the front passage daily.

As a consequence, we have spent quite some time this summer re-engineering our bull shed so we can get into it to bed up likewise.

We would like a new handling facility as the existing one is getting a bit dated.

What item in the shed could you not live without?

Cameras, and we also have a cheap and cheerful IAE crush with removable sides that we can move around if needed for a caesarean or similar.

What would you buy/build if you won the lottery?

What’s been the biggest housing management change in the last five years?

As we have gradually been growing the farm and the size of the herd, we have been constantly changing housing arrangements. 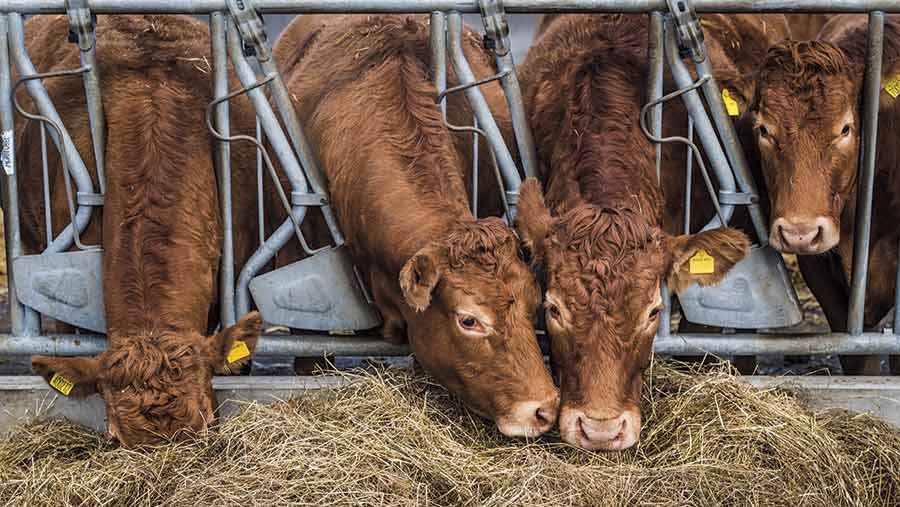 For example, the bull shed was previously where we housed the cows and calves.

Each year, we look at what we have got and discuss what worked well over winter and what wants improvement.

It is then out with the cutter, grinder and welder over the summer. One day we may get finished.

Do you have any funny calving stories?

An embarrassing rather than funny calving story happened two winters ago.

I’m the first to admit I’m not the bravest at calving and do get quite agitated, so seeing one heifer with the back legs of a calf appearing I decided to call the vet.

The vet promptly came and decided to have a bit of a feel.

Taking hold of the two legs, the calf promptly just slipped out and fell to the floor – leaving me feeling somewhat foolish.