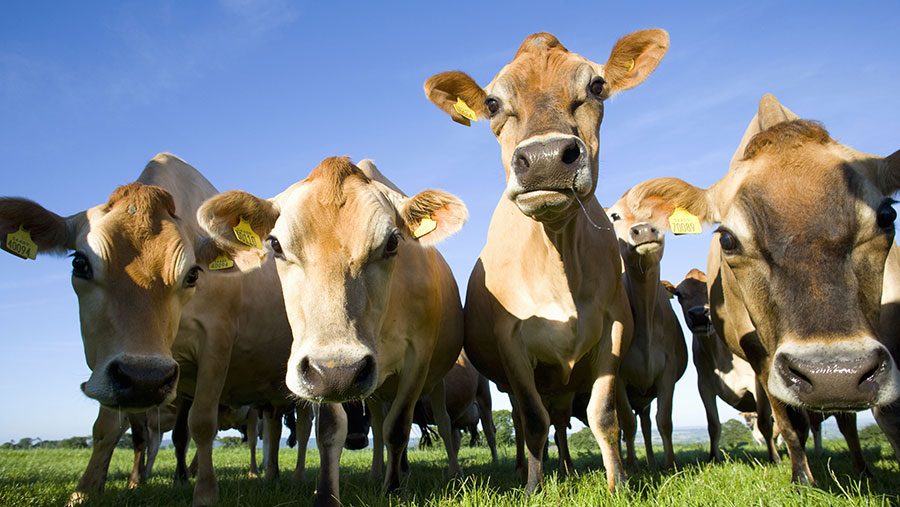 Knowing precisely when a cow is going to calve can allow farmers to be on top of health and management, reducing risks to both the cow and calf.

Until recently, that has required either regular manual monitoring of a cow’s temperature or investment in vaginal monitors, but now a multipurpose bolus is making the whole process easier.

The bolus constantly measures body temperature and movement, making it suitable for monitoring calving, bulling, health, lameness and a variety of other factors.

Paul Redmore, farm manager at Neston Home Farm, Corsham, has put the bolus in 50 of his Jersey cows, and has found the calving alerts to be extremely useful.

“It’s the most accurate calving alert we’ve come across,” he says.

“Any cow with a bolus has produced an alert typically 12-15 hours before she calves, which enables us to focus our labour.”

Mr Redmore milks 300 organic cows at Neston, and calves all year with a slight autumn bias.

He opted for the boluses after expanding the herd from 120 cows while also installing a new parlour and cow shed.

“We didn’t have electronic identification before, so I looked at ear tags, collars and ankle bracelets,” he explains.

“However, Jerseys are very inquisitive so I didn’t think the ear tags would last long; ankle bracelets and collars can rub and they aren’t nice aesthetically either.”

Following a discussion with his nutritionist, Mr Redmore offered to host a trial of the boluses, and is now keen to roll them out across the herd.

“The alerts are connected to the cloud via broadband or 4G, so they come up on my phone or computer, and I can take immediate action if necessary.

“The system has identified a number of issues – like bulling or unwell cows – which we would have otherwise have missed at such an early stage.”

Although the cows graze over the summer, they all calve inside on loose straw yards, with dry and transition cows kept in separate groups.

“If we get an alert for a cow that is incorrectly in the dry cow group we can pull her across into the transition group and keep a close eye on her,” says Mr Redmore.

“We don’t have room for individual calving pens but if we did then we could use the alert to draft them over at the right time.”

Jerseys tend to be relatively easy calving, but if a high value pedigree animal is due to calf then Mr Redmore can keep a closer eye on her.

“The alerts have been so accurate that if every cow had one in her we wouldn’t need to monitor them at night, unless we had had an alert.”

Mr Redmore and his staff take the calves off their mothers within 24 hours of calving, ensure they get sufficient colostrum, and then feed them whole organic milk until weaning at 12 weeks old.

“We rear all of our own replacements, and calve our heifers at two to two-and-a-half years old,” he says.

How the bolus works

Victor Ogedegbe, vet analyst at Smaxtec UK, says the bolus can be administered to heifers weighing upwards of 300kg and will then operate for up to four years on its battery life.

“Other than the initial administration, the bolus removes the need for frequent handling or any alterations of the device.

“Also, because it is located securely in the reticulum of the cow, it will not get battered or damaged.”

Collecting data on the cow’s temperature and movement, the device transmits to a base station every 10 minutes, where it is then uploaded to a cloud system for the farmer to access.

“A cow’s internal temperature will usually drop by more than 0.5C in the 12-24 hours before birth,” explains Mr Ogedegbe.

“This means the system can accurately pinpoint when the cow is due to calve. The farmer can then isolate the cow to avoid mis-mothering, feed her electrolytes before calving to prevent milk fever, and organise labour efficiently to be on hand for optimum calf and cow management.”

Monitoring the cow’s temperature after calving also helps farmers to identify post-partum diseases such as metritis at an early stage, and to see when they are ready to serve again.

“It really helps to focus attention on the risk-periods, and provides a definite trigger to act which can save thousands of pounds in the longer term.”