Although the Williams family live in one of the wettest areas of Wales, with an annual rainfall of 1,300mm, it isn’t preventing them from them from making top-quality grass silage.

This year’s four cuts have averaged 11.3ME, with protein hitting more than 15%.

See also: Benefits of switching to a multicut silage system

Ground was being poached heavily by cows when they were turned out during the day in the spring and summer months, recalls owner Paul Williams, who farms in partnership with his wife Bessie and son Bryn.

A dairy shed was built to accommodate the move, comprising four rows of sawdust-bedded cubicles divided by two central feed barriers and an adjoining herringbone parlour. 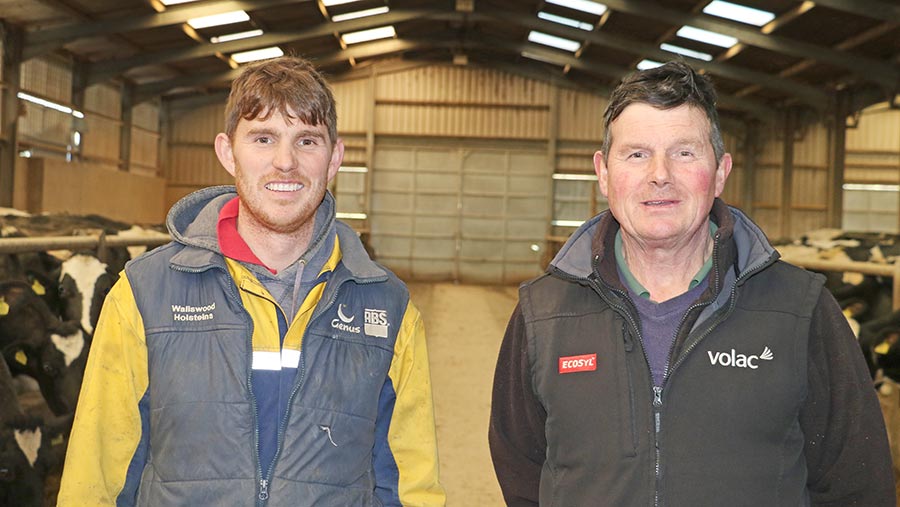 The aim was to keep milk supply at a level profile year-round; avoiding the dip in milk when cows were turned out to grass, explains Paul.

A big focus is being placed on grassland and forage management and feeding to ensure cows are producing consistent yields of 32-35 litres/day sold.

On average, four cuts are taken annually. The first cut is taken in May, with subsequent cutting carried out every six weeks thereafter.

To improve ration consistency the family get their forage analysed and balance the ration by feeding two cuts at once (see ‘2017 silage analysis results’, below).

Cows are fed a single group total mixed ration (TMR) (see ‘TMR’, below) twice daily to avoid feed going off, with a Lely robot pushing up feed hourly and cows given 1m of feed space a head.

They are also fed cake to yield in the parlour up to a maximum of 4kg/day in early and mid-lactation. 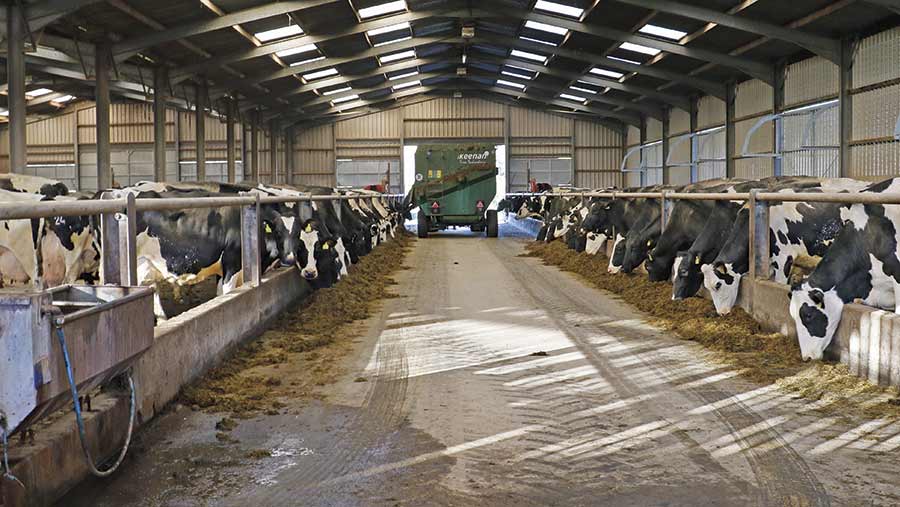 Currently, third cut is being fed alongside second to better balance the ration.

“If we were only feeding second [cut] we would struggle to get milk whereas all of first would be a big challenge because it’s low in fibre and high in protein,” he adds. 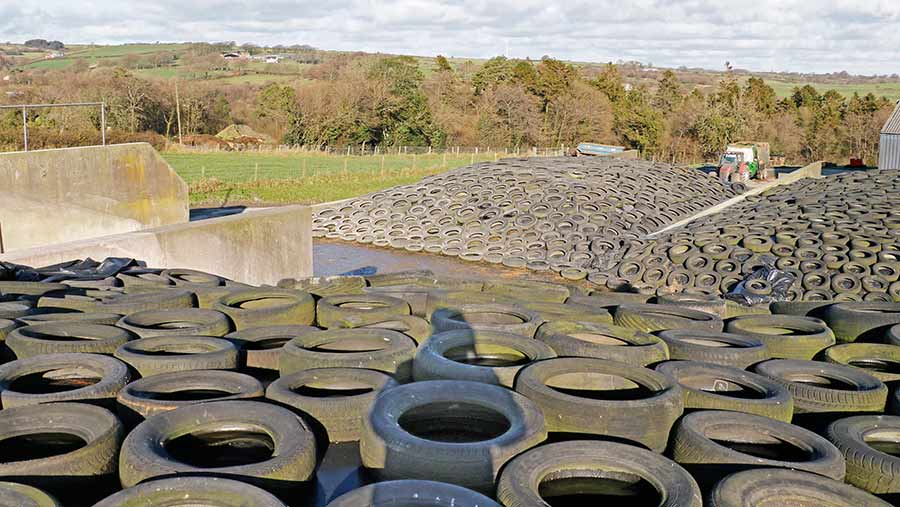 There are four clamps, one for each silage cut © Rhian Price

It’s estimated at current intake levels the two silages combined will last until April, when they will then start mixing fourth cut with second.

A big bonus to this system is ration consistency is much improved, believes Mr Richards.

“You only end up changing half the forage at once and it lasts twice as long before you have to switch,” he explains.

Clamp management is meticulous (see ‘The silage-making process and clamp management’, below) and to date Paul says following these steps has meant they haven’t had any pit wastage. 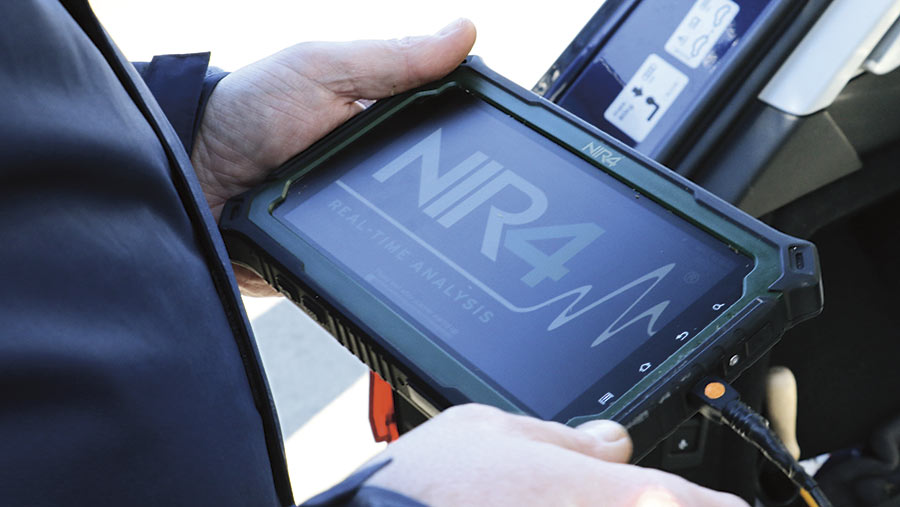 Next spring, Bryn and Paul may take five cuts, depending on the season, by reducing cutting intervals by one week to every five weeks opposed to six.

“People were talking about cutting every six weeks 20-30 years ago, but we are growing much better grass now and first cut is generally ready by the first week of April,” explains Mr Richards.

The silage-making process and clamp management 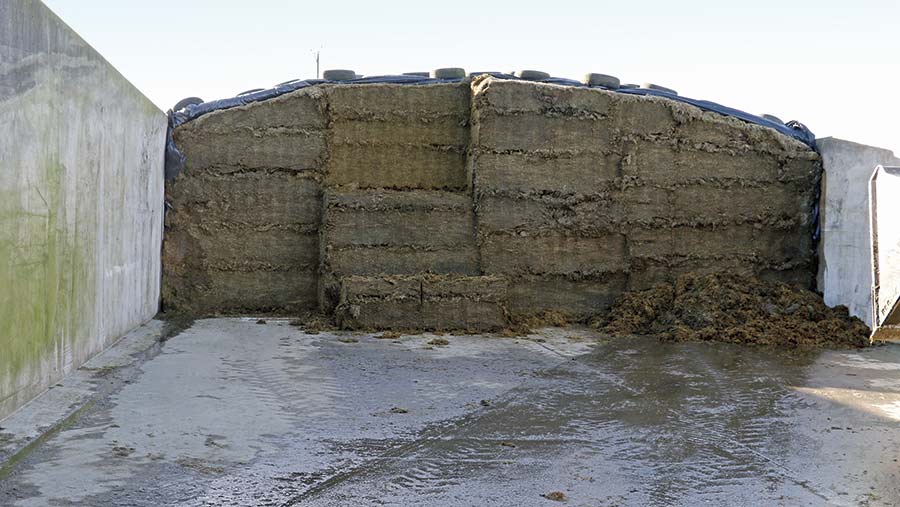