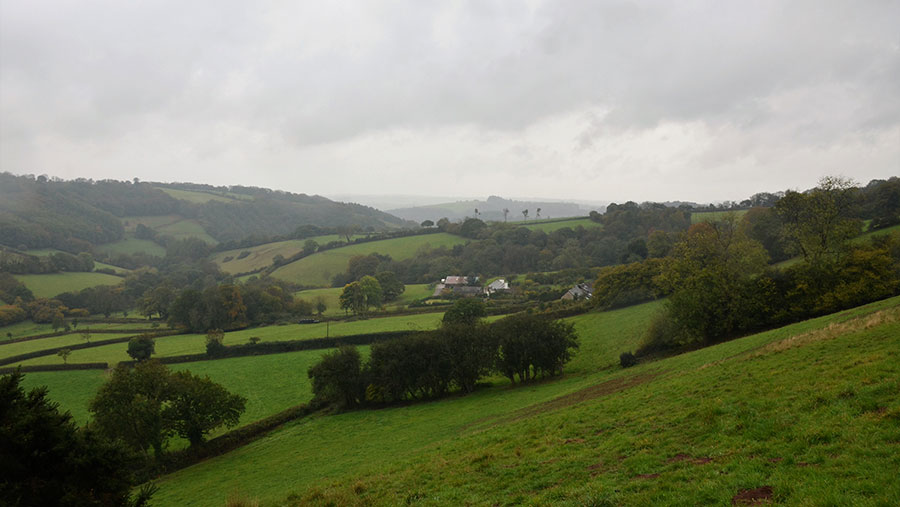 As stewards for much of Britain’s most marginal land but also its most iconic landscapes, upland farmers are both the most vulnerable to Brexit and the great hope for delivering some of the more radical aspects of Defra’s new environment policies.

A group of farmers on Exmoor are looking to pave the way for a resilient upland farming model that is productive and profitable without relying on direct payments, and which delivers the environmental services underpinning the Agriculture Bill.

Their aim is to experiment with high-intensity paddock grazing to increase stocking rates while simultaneously diversifying swards and promoting wildlife. We spoke to one farmer who is already seeing the benefits.

Setting up a new farm business in the run up to Brexit could well be seen as a foolhardy endeavour, especially when it centres on a suckler herd in the unforgiving landscape of Exmoor. 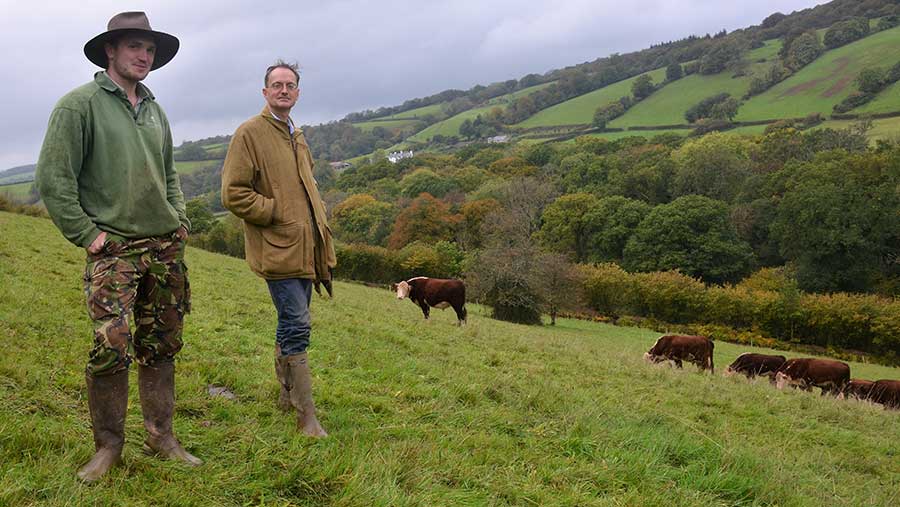 Facing the difficult prospects of a potentially damaging trade agreement, the loss of direct payments and increasing environmental demands, Alex Fraser is meeting this challenge head on.

Following a series of events with the Farming and Wildlife Advisory Group SW, Exmoor Hill Farming Network and the Pasture Fed Livestock Association, he is developing a grazing system that he sees as being resilient to any changes in policy, and more than capable of delivering the environmental priorities laid out in last month’s Agricultural Bill.

Spread across 202ha of steep slopes and acidic soils, South Haddon Farm had been grass-let for many years, resulting in a steady decline in pasture quality.

Mr Fraser’s priority was to develop a self-sufficient system that drew maximum productivity from the land while eliminating the costs of wintering cattle indoors with supplementary feed.

Less than two years on, he runs a herd of 200 spring-calving North Devon and Hereford cattle across the farm, and plans to increase his stock to 480 over the next 18 months.

The cattle will be finished on the farm at between 24 and 28 months, on a diet of grass alone that receives no fertiliser or manure. All the stock are outwintered on stockpiled grass, supplemented with limited amounts of hay.

At the core of the management system is a move to mob grazing, which Mr Fraser introduced to enhance the quality of his grass, build soil health and increase yield to support higher stock numbers.

About 150 cattle are currently grazed in 1.6ha paddocks on a 120-day rotation, moving to a new paddock on average every two days. Paddocks are back fenced to ensure that the sward is grazed only once per rotation.

The system also enables the sward to photosynthesise more effectively before being grazed anew, which further helps increase yields.

Since the new grazing system was introduced, the composition of the sward has begun to change naturally, with the buttercup and creeping bent that previously dominated retreating and clover, chicory, birds-foot trefoil, cocksfoot and fescues regenerating in many fields. 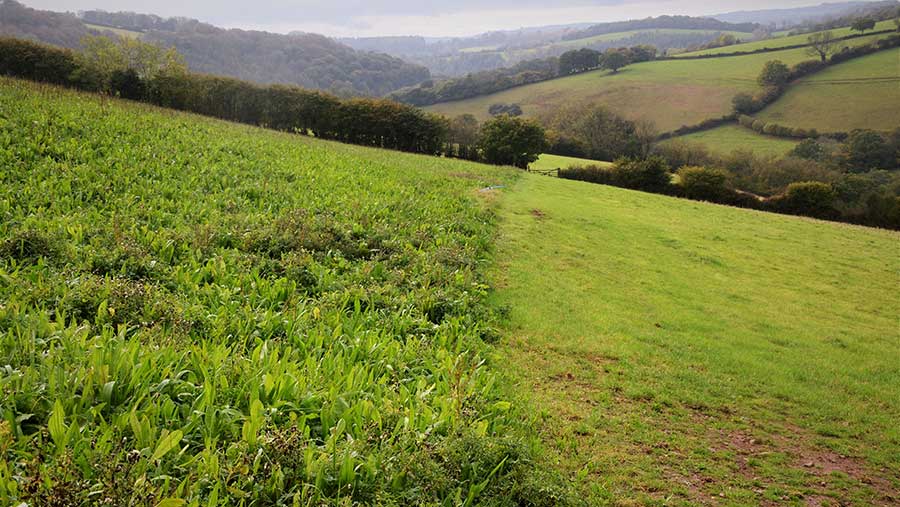 South Haddon’s herbal leys are expected to be high-yielding

The diversity of species in the leys are intended to provide nutritional balance.

Legumes such as red and white clover and birdsfoot trefoil provide high protein content, while the digestibility of herbs such as chicory, plantain and salad burnet complement the fibres and sugars produced by ryegrass, cocksfoot, timothy and fescue grass species.

This helps finish the stock on land that traditionally has been better suited to rearing stores.

Containing a high content of nitrogen fixing legumes, the leys are expected to be high-yielding, delivering 9-11 tonnes DM/year with no fertiliser.

Trials at Rothamsted Research’s North Wyke Platform have shown the legumes and herbal mixed leys can deliver growth equivalent to applying 150kg of N to a rye grass ley.

To establish the herbal leys in six former game crop plots, the ground was ploughed and the seed broadcast this June, giving a consistently successful result despite the dry weather.

To preserve the soil structure in permanent pasture fields, Mr Fraser tried oversowing after grazing the sward tight with cattle.

This was less successful, and next year he will try scarifying or harrowing before oversowing.

The initial establishment of the ley is important for Mr Fraser as he hopes the process won’t need to be repeated for 10 or 20 years.

The 120-day grazing rotation allows for self-seeding every 2-3 years, as the different species get a chance to go to seed in the late summer and autumn when they are left to rest.

The system is allowing Mr Fraser to increase his stocking density above what he initially thought would be possible.

When the rain finally fell this August, after three months of drought and, before that, six months of cold and wet weather, the farm still had plenty of grass to spare.

In response, he is looking to increase the number of breeding cows from 100 to 120 next year.

The 120-day rotation ensures that there is significant stockpiled grass available during winter which avoids housing cattle, while moving the stock on every 48 hours limits poaching.

Species diversity is key to this, with cold-resistant species such as cocksfoot and fescues remaining palatable and productive right up until March, when the clovers and rye grass begin to grow.

With savings of £33,200 already being made, Mr Fraser is confident the business will make a profit regardless of policy changes.

How South Haddon farm could benefit from the Agriculture Bill

In partnership with the Exmoor Hill Farming Network, the Pasture for Life Association and others, the Farming and Wildlife Advisory Group South West has worked with more than 50 farmers on Exmoor to develop integrated approaches to subjects including soil health, grazing management and parasite control.

With markets and policy in flux, FWAG SW is looking to expand the conversation to more farmers and partners, in order to explore ways of meeting the shifting challenges of farming in the uplands.