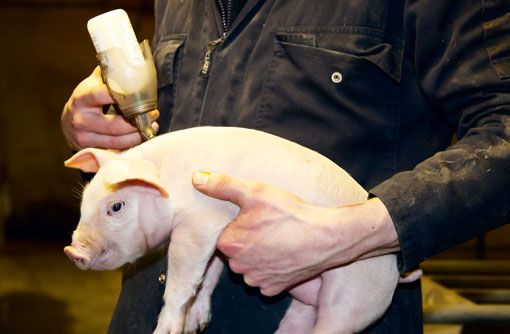 The UK poultry sector has already had its use of antibiotics restricted. Debbie James looks at what’s happening in the pig and poultry industries and what lessons can be learned.

Livestock producers could soon have limited access to certain antibiotics, but their restricted use is already a reality in the poultry sector.

Discussion at EU and UK level could see future restricted use in animals of certain classes of broad spectrum antibiotics that are viewed as critically important for human medicine. These include fluoroquinolones and third- and fourth-generation cephalosporins.

Fluoroquinolones had been used routinely to protect day-old chicks from bacterial infections, but last year the British Poultry Council (BPC), a member of the Responsible Use of Medicines in Agriculture (RUMA) alliance, introduced a voluntary ban.

The poultry industry is second only to the pig sector in its reliance on antibiotics. The antibiotics used in veterinary and human medicine are closely related and possible resistance is a source of concern.

The BPC says it recognises the concerns of the World Health Organisation in the potential link between use of antibiotics in animals and resistance in humans. They agree the use of fluoroquinolones in poultry production should be reserved for when no other class of antibiotic is considered suitable.

Only relatively small amounts of fluoroquinolones are now prescribed for poultry in the UK and rarely for meat-producing flocks.

The 2011 Veterinary Medicines Report on antibiotic sales shows that, in 2011, 147kg less fluoroquinolones and 79kg less cephalosporins were sold than in the previous year.

However, the fluoroquinolones ban has resulted in higher numbers of chicks dying in the first seven days of life.

Graeme Dear, general manager of Aviagen, says while there has been no change to the quality of chicks on arrival, there has been an average increase of about 1% in losses by seven days. There is no impact thereafter on performance.

“It is the short-term impact on first-week mortalities that we continue to seek to improve,” he explains.

He uses another Aviagen company with 13 years’ experience in not using antibiotics as his benchmark. “We are running about 0.5% above that for seven-day losses so there is room for improvement, but we are confident we can get there by working closely with our customers and within our own facilities.”

David Burch, a former president of the Pig Vet Society, believes a similar voluntary withdrawal does not need to be repeated in the pig sector because antibiotics are used entirely differently in that industry.

“Fluoroquinolones were used in the drinking water of poultry and that means they got widely used to treat whole flocks. In pigs and cattle they are administered by injection, so not all animals are treated, just the sick ones. It is not used as a mass medication, but on an individual basis,” he says.

However, the historical high use of medicines in pigs and poultry has thrown the spotlight on to these industries in recent years and there has since been a concerted effort to improve responsible use.

Routine use of antibiotics in piglets post-weaning has been eliminated at Highfield Farm, where medication is now only used as a last resort.

The Buckton family run a herd of 310 sows and rear and finish piglets through to 90kg.

In the past, when there had been scouring issues immediately after weaning, pigs would have routinely been given an antibiotic, but that is no longer the case.

“We now give them plenty of feed and water and make sure the feed is right. Medication is more of a last resort than a first resort,” says Charlotte Buckton, who farms with her parents, David and Christine, and brother Sam.

Sick animals are moved to a hospital pen until they are well enough to join the main herd.

The approach to in-feed medication has changed too. “We are trying to reduce the amount we use, instead of putting the medication in every week we now do so every other week,” explains Ms Buckton, who undertook responsible medicine use training with BPEX.

Working with their vet, the Bucktons have an animal health plan with associated protocols. “It is usually the same conditions that keep recurring so we can refer to the plan to see what action needs to be taken at different stages,” she says.

“We fill in the medicine book once we have administered a medication, and document the withdrawal details.”

Key stumbling blocks to medicine use on pig farms 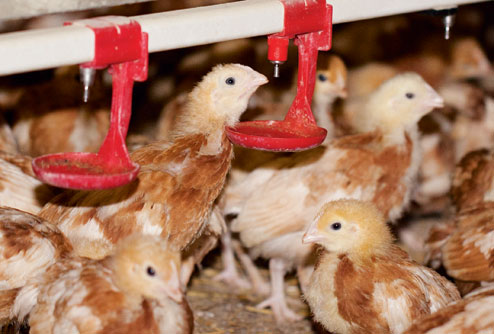 Key stumbling blocks to medicine use in poultry

Leading broiler producer David Speller has a policy of using medicines only after investigating the best treatment strategy.

When chicks arrive on his unit, they are under close scrutiny for the first 24 hours. Any that die are given a veterinary post-mortem and sensitivity tests are carried out on bacteria to establish what products are needed to fight infection in the rest of the flock.

Mr Speller admits this approach is very different to the one he encountered when he first joined the industry eight years ago. “Broad-spectrum antibiotics were used routinely, we now have a more targeted and responsible approach.”

He believes when proper environmental controls are in place it may be possible to eliminate use of certain antibiotics.

“With a healthy farm it isn’t a challenge to produce healthy birds. As an industry we need to examine what we can do during the handling of the eggs and chicks to make disease prevention more effective.”

He operates a 49-day cycle from chick to chick. Birds are reared for 39 days, allowing 10 days for the site to be cleaned and disinfected. Every area of the site, including the toilets and canteen, is cleaned.

“It is pointless bringing sterile chicks into a clean shed if you haven’t cleaned the canteen. With biosecurity it has to be 110% otherwise it’s not effective.” Bacterial swabs are taken after the process is complete.

Mr Speller has protocols in place for medicine use. Only his customer can sanction medication and only as a last resort. “If there is a problem with illness the customer will always send a fieldsman out first and try the post-mortem and sensitivity analysis route.”

Mr Speller has accepted slightly higher losses at an early stage in the production cycle, but this hasn’t had an impact on his profitability in the way it would if the losses were in older birds.

“I am not convinced the previous system of routinely using antibiotics was really the best thing. Some of it was blind faith. Here we like data, we like facts. The industry needs to act responsibly before the shutters come down and we can’t use antibiotics any longer.”