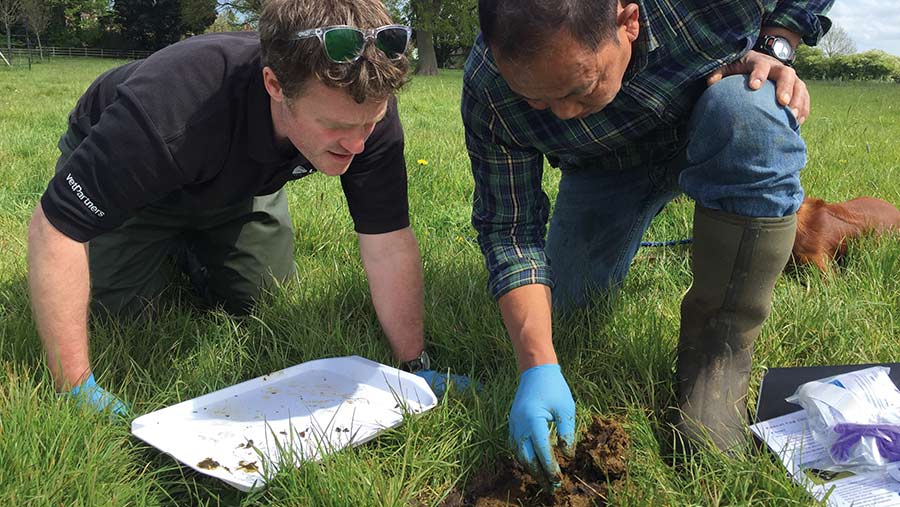 But any big change of system, such as moving to more regenerative practices, can throw up new health problems, and vets have a huge role to play in helping with such a transition.

Integrated parasite control is a great place to start, says Mr Howe, because it involves reviewing the whole farm system and leads into the aims of regenerative agriculture by improving soil health and biodiversity.

Parasite control can be difficult for vets to get involved in, as products are available cheaply from trade and preventative treatment is still widely advised.

Mr Howe advocates diagnostic-led treatment, which involves looking at dung to assess worm and parasite burdens before any treatment is given.

He has put together a questionnaire for his practice to take out to farmers to help inform a discussion about integrated parasite control if they have never talked about it before.

This helps to build a picture of the risks and diseases on a particular farm; how animals have been assessed and monitored previously and what measures have been taken; the layout of fields and how they are managed for grazing; and the farmer’s attitude to risk. Then a bespoke plan is drawn up.

“This year, we’ve been working with 20 dairy farms, and no one’s had to worm who is properly engaged,” he says.

“The practice of [routine] worming is so entrenched that it takes a bit of bravery [to change approach]. One 700-cow intensive unit is saving £3,000 a year in worming treatments by using integrated parasite control.”

A practice-wide system reminds farmers to send in samples and when to vaccinate, or vet techs can go out on farm and collect samples if the farmer prefers.

People can struggle to define regenerative farming, and so feel nervous about it, says Alasdair Moffett, vet with Dorset-based Synergy Farm Health.

He says it is about having a positive impact on the land, and any way soil structure or biodiversity is improved is good for the ground and the farmer.

“The important thing is for vets to show an interest and open up a discussion [with farmers].

They understand what makes a farm tick, from a human aspect as well as what the animals need, so they have a lot to contribute.”

The decision to reduce cow numbers and move outdoors at Marsh Farm was driven by economics, because returns on the high level of inputs were insufficient.

“We’re on quite marginal land, and we were trying to push production a bit too much,” says farmer Arthur Crutchley.

“The grass baked out, quality of silage was poor and there wasn’t enough of it. We wanted to become more sustainable.”

Vet Alasdair Moffett could see the dairy unit was struggling. He was keen to offer a fresh perspective and suggested a move to autumn calving.

The cows had never been outside, so they had never built up any natural resistance to gut worms or liver fluke.

They were also completely naïve to redwater, having been protected from ticks carrying the blood-borne disease while indoors. 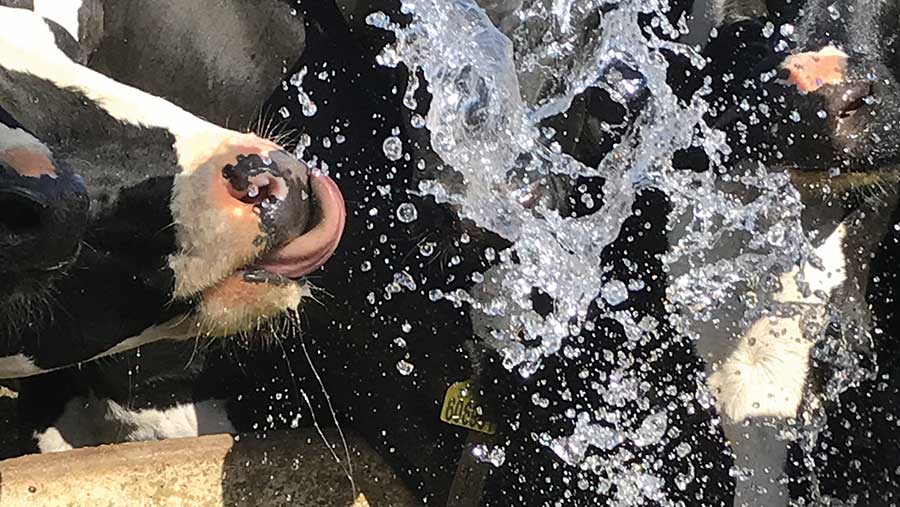 In the first year a worming protocol was established – although worm burdens in the fields were not heavy because they hadn’t been grazed for a long time.

Heifers are now vaccinated for redwater, while cows are given spot-on treatment.

More diverse seed mixes are being introduced, with a focus on deep-rooting species that can bring up moisture from the soil.

Mr Crutchley has noticed a big change in the cows’ behaviour since they have been outdoors.

“The difference is quite striking,” he says. “Indoors they showed a lack of character, whereas now, unless there is a cold wind, it’s difficult to get them in from the field, they are so laid back.”