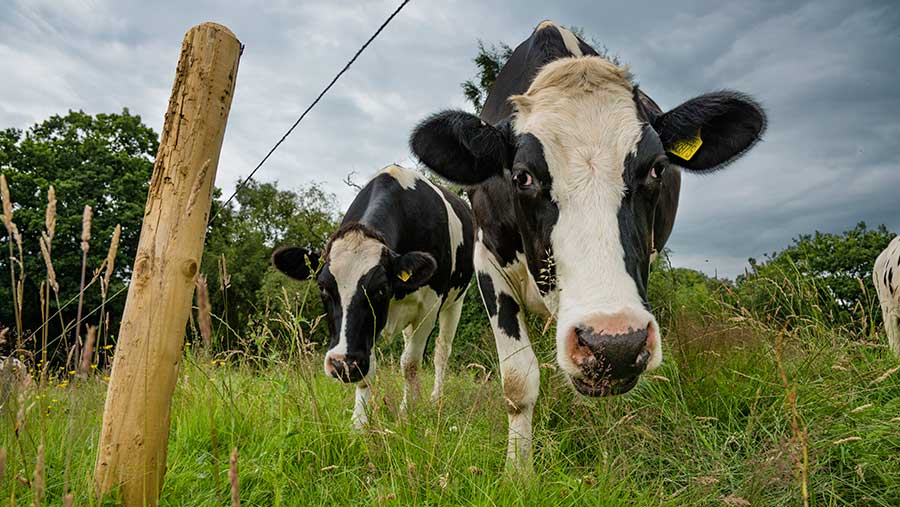 Wet weather, which has delayed turnout of stock this year, combined with fodder shortages is likely to increase the risk of acidosis when cows are eventually turned out to grass.

The shorter transition period from silage to grazing could have a major effect on rumen function for several weeks.

One risk of this is sub-acute ruminal acidosis (Sara), seen whenever rumen pH falls below the optimum score of 6 for two to three hours.

In addition, stocks of silage, wholecrop, straw and fibrous feeds such as beet pulp are tight and consequently expensive this spring, meaning fibre supplements (which can reduce acid build-up) will be harder to provide.

Compounding the issue, the extra costs incurred by keeping stock housed for longer and the falling milk price mean farmers are under more pressure to push production from grazing.

This strategy runs the risk of leading to acidosis, according to independent nutritionist Hefin Richards.

Acidosis and its effect on milk solids

“One of the biggest problems caused by Sara is low milk fat, and with many milk processors altering supply contracts to focus more heavily on milk solids, maintaining milk quality is going to be even more important than in the past,” says Ms Ward.

“For cows that get turned out, fresh grass is the cheapest feed available, and making the most of that value is the key to maximising income over feed costs during the grazing season.

“Even the best-quality swards grazed under good conditions will only realistically deliver maintenance plus 15-20 litres a cow, so it is essential none of this is lost to Sara,” she adds.

“Sara usually occurs as a result of cows consuming too much fermentable carbohydrate [sugar and starch] or too little digestible and physical fibre, or usually a combination of all of these factors,” explains Mr Richards of Rumenation Nutrition Consultancy.

“Historically it would be associated with silage or concentrate feeding and there was widespread denial that it could occur in grazing cows.

“A number of studies around the world have confirmed it can and often does occur in grazing cows as a result of high levels of sugar and low levels of effective fibre. This is exacerbated by high levels of protein, which increase the rate of passage through the rumen and further reduces rumination or cud chewing rates.”

Sara leads to sick cows, poor feed use and low butterfat percentages (see “What is Sara and what are the symptoms?”)

What is Sara and what are the symptoms?

The effects of Sara are seen whenever rumen pH drops below the optimum level of 6 for two to three hours or more. They include:

“Unless feeding a partial mixed ration alongside grazing, there is limited opportunity to include buffers and yeast unless a stable product is used and incorporated into compound feed,” says Mr Richards.

Therefore, it is important that farmers are aware of the increased threat and try to deploy preventative strategies to minimise the risk of acidosis in the herd (see “Top tips to prevent Sara”).