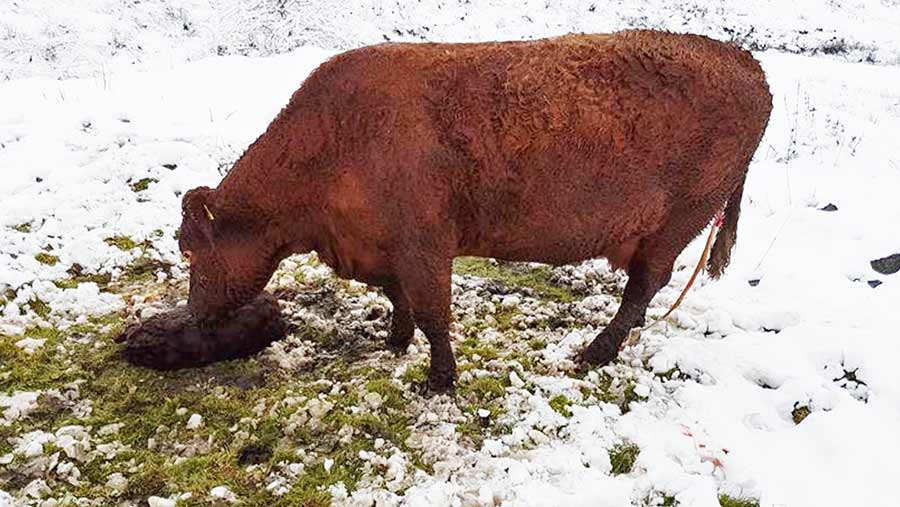 An easy-calving herd is making light work of outdoor calving on a Pennine hill farm, with calf mortality at 1% in recent years and minimal assistance.

The Hallos family, from near Ripponden, West Yorkshire, have built up a herd of 80 pedigree Salers cows since going into suckler production in 2003.

Easy-calving cows mean the Hallos family have live calves to sell, and they have also, somewhat unintentionally, found themselves benefitting from the ability to sell pedigree Salers due to the demand for easy-calving heifers for commercial herds using continental sires.

As for losses, this extends to one or two empty cows that get culled and perhaps one lost calf a year in recent years.

After successfully calving and breeding Salers-cross cattle out of the dairy herd as it was being dispersed, Beeston Hall Salers was built up by buying in pedigree cattle and grading up cross-bred cattle.

Breeding is generally done through natural service, with the farm requiring two bulls working across an autumn and a spring block of cows, which have been tightened to nine weeks since 2015. 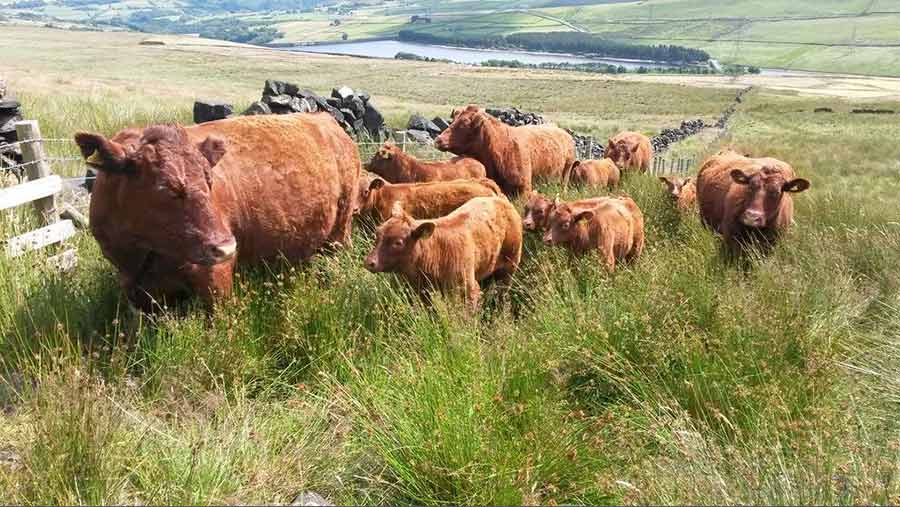 The spring block has become the elite herd and the autumn block is a more commercial herd, with the bottom 20 autumn cows being AI’d to a mix of continental sires, with Charolais and Simmental used this year.

Performance recording is not undertaken at Beeston Hall because of the extensive upland nature of the calving and concerns over the accuracy of collecting birthweights. 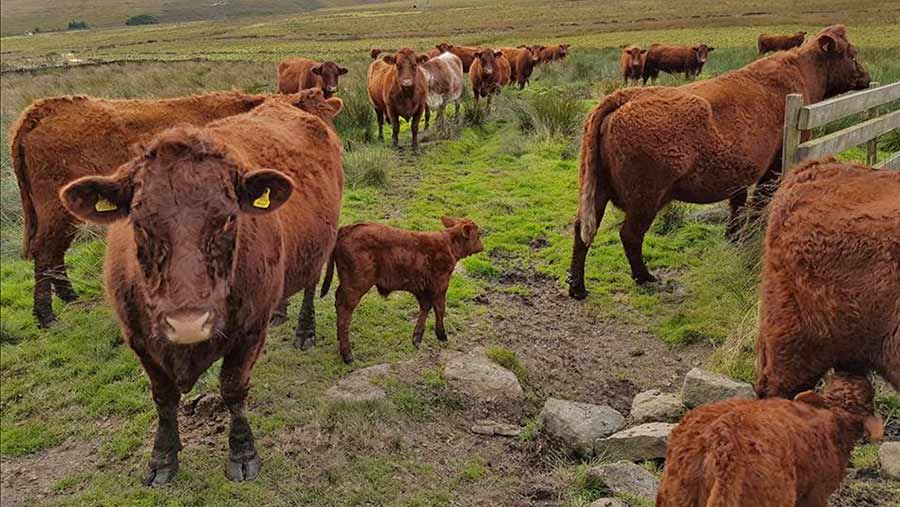 However, performance-recorded genetics are used, including cow lines from the Rigel herd of Terence and Jane Pye, Yarm, North Yorkshire, where bulls are selected on pelvic measurements to ensure ease of calving.

Other notable cow families include lines from the Cuil herd of the McClymonts, Newtown Stewart.

The autumn herd exists because of a need to run cattle over heather for environmental stewardship. Autumn-calving cows calve outdoors and calves are weaned at turnout and grazed extensively on a wild 590ha block of fenced heather moor.

Stress is minimised in the run-up to calving for the spring calvers by maintaining a constant diet of silage/haylage and straw, with more straw being fed this year to make up for a 50% reduction in silage crop.

Stephen Hallos and his son, Sam, walk through the cows each day when calving is due, turning out small numbers of cows that look likely to calve imminently. Once outside, they remain outside until November/December housing.

The farm works on an annual budget of 1,200 bales of haylage/year for cattle and sheep. Straw use is typically 110t/year across both enterprises.

The Hallos’ calving routine consists of casting an eye over cows due through the day and going into calving paddocks to tag calves and then record the gender and sire.

Calving needs to be simple, with 300 sheep to lamb from 16 April and a late-April calving, explains Rachel Hallos.

“The only issue might be having a calf born that falls into a watercourse,” says Mrs Hallos. “As an upland farm we have lots of rain and water channels.” 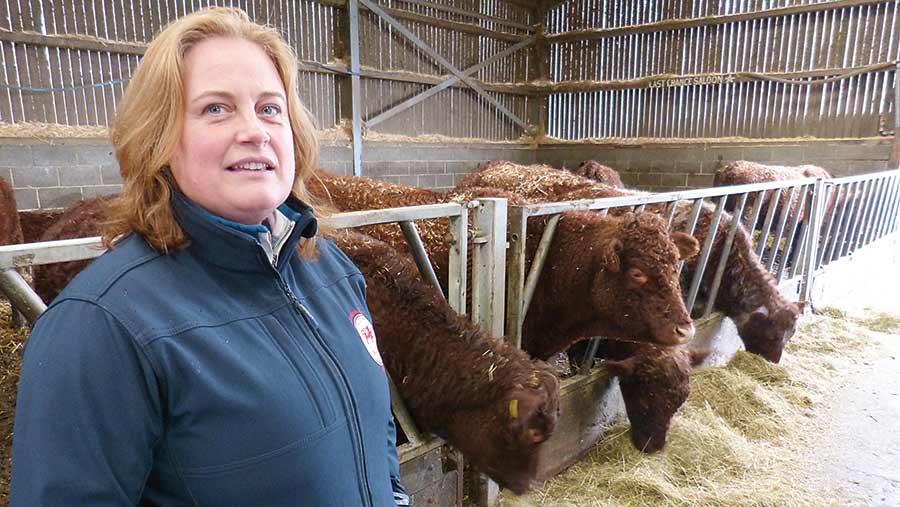 Autumn calvers calve even more remotely, up on rushy in-bye fields, with the family taking their annual holiday in September, when autumn calving is in full swing.

The entire herd runs on a £21.46 a cow health budget for the year, including health scheme blood tests and membership, Biobest health scheme laboratory fees, vaccinations, a mineral bolus and clostridial injections for cows and calves.