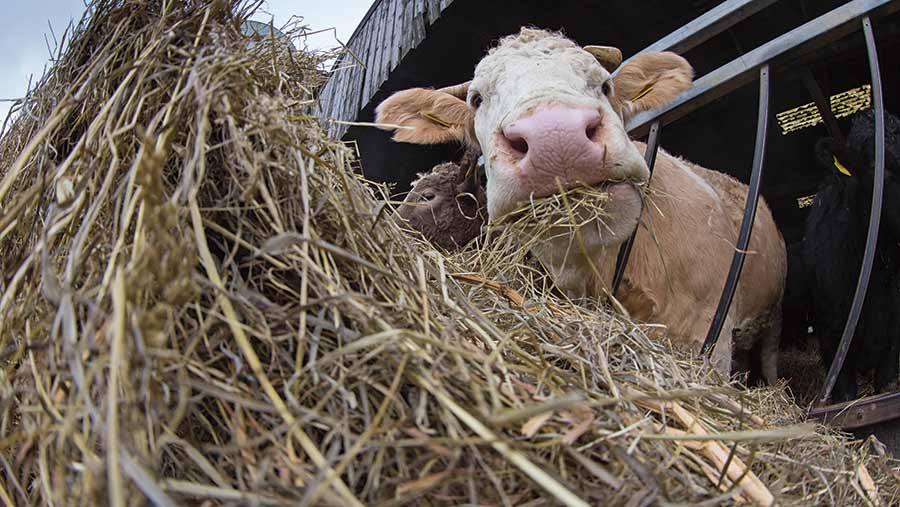 For suckler herds to remain profitable, it is essential that every cow produces a healthy calf every year within a tight calving pattern.

Nutrition has a huge influence on this, with a well-balanced diet likely to influence cow health and subsequently her fertility and calf output, as well as keeping production costs down.

Alex Corbishley, vet at Edinburgh University and Lachie Maclachan, nutritionist at Feedco, offer advice on feeding at various stages of the production cycle.

Perfecting the dry cow diet is critical for ensuring cattle are at the right body condition score at calving.

Over-fat cows will face difficulties at calving due to a build-up of fat narrowing the birth canal, whereas thin cattle can lack strength for calving. This will lead to weak calves and poor-quality colostrum.

In the two to four weeks before calving, it’s important to keep the BCS stable, so this diet will be similar to the dry cow stage.

Body condition score at calving is linked to the calving interval. To keep as close to a 365-day pattern farmers should aim to calve down cows a BCS of 2.5.

Freshly calved cows require around double the energy of a dry cow, so to keep a lid on feed costs, plan calving to coincide with the availability of cheap food.

A heifer’s BCS is likely to suffer significantly during her first lactation. To minimise this, early weaning can be useful for cows that are in poor condition in late lactation.

To meet a 365-day calving interval, cows have around 80 days to recover from the previous calving to next conception, so nutrition needs to be optimised to ensure she is able to conceive. Any drop in body condition will likely compromise conception rates.

BCS at mating can have a major effect on the number of calves born.

Fertility of cows calving at a BCS below 2.5 can be improved by high feeding levels immediately after birth.

A study by vets at Edinburgh University looked at the correlation between cow nutrition and colostrum quality.

“Beef calves are born without any antibodies, and they rely on getting them through the dam in colostrum,” explains Rachel Bragg at the University. “After the first 24 hours, the gut begins to close to those antibodies, so it’s really important that high-quality colostrum is available straight away. If this doesn’t happen calves are at a higher risk of mortality and infections.”

The study involved completely milking out cows after calving to find out how much colostrum they produced and the antibodies it contained.

Cows were split into three groups: Silage-fed, straw-fed and silage-fed heifers. Cows fed on silage produced significantly more colostrum – with higher antibody levels – than either of the other groups. 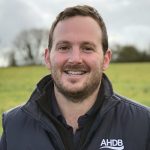 John Haimes runs a 100-cow suckler herd in West Sherford, Devon. Having joined the AHDB’s Strategic Farm Network he began working with consultant Luppo Diepenbroek to try and get as much beef from grass as possible.

“One of our biggest changes was moving to a rotational grazing system,” he explains. Measuring the grass, he moves the cattle every three days and feeds grass silage in the winter.

Mr Haimes also sowed 40ha of herbal leys and 24ha of stubble turnips with forage rape. “We have put silage bales on the stubble turnips which will be strip grazed by 300-400kg youngstock – I hope to get around three months of grazing from that. The herbal leys will be grazed by 70 smaller weaned calves, which should feed them for around two months.”

Blood sampling carried out before calving showed there was a high health status across the herd, proving that the grass-based diet provided all the necessary requirements.

The farm also took part in the colostrum quality study, which showed that out of 15 calves sampled, only three were at marginal risk of failure of passive transfer – proving the benefit of a good-quality silage-based diet.