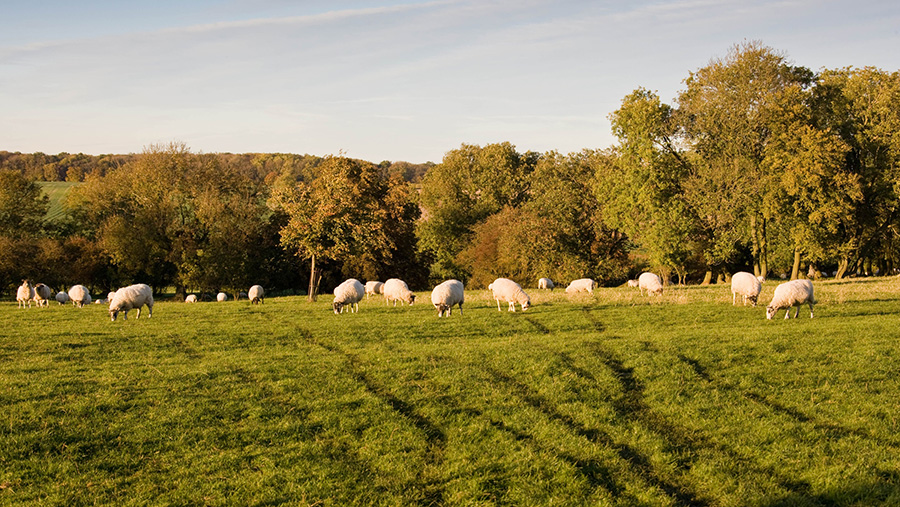 Experts are predicting a relatively high challenge of fluke this spring due to the mud snail intermediate host remaining active as a result of the warm winter weather.

The warning comes after results from five fluke surveillance farms show sub-acute and acute fluke disease risk has remained present throughout the winter.

Sheep vet Matt Colston from Elanco Animal Health, who has been overseeing the trial, says the results show sheep farmers still need to be mindful of the threat of immature fluke, even though it is almost spring.

In a normal year, when temperatures drop below 10C in the winter, the mud snail goes into hibernation and stops releasing the infectious stages of fluke on to pasture.

But this year that hasn’t happened because of the mild, wet weather conditions, says Mr Colston.

“This season is different from average. Normally we would expect to see challenge on pasture rising through the autumn to peak around October/November and declining over Christmas.

“But this year because of the cold summer there wasn’t much challenge until October/November so we are getting peak challenge now. The season has been shifted by a couple of months.

“Just because it is February it doesn’t mean you can stop thinking about immature fluke,” he warns.

Elanco set up five surveillance farms to monitor fluke risk in response to the Farming Against Liver Fluke (Falf) campaign.

The farms have been working with industry experts and their vets to test, monitor and help manage a sustainable approach to liver fluke control on their farm.

Results for January show newly acquired liver fluke infection has been detected on four out of five farms.

Commenting on the results (see “Samples taken from November to January to determine liver fluke risk”), Mr Colston says: “For our five farms, where there is a fluke challenge, the level of challenge has been maintained or is increasing, with the risk of acute or sub-acute disease still present.

“In these circumstances treatment with an active effective against early immature fluke is advisable.

Mr Colston advises farmers to speak with their vet to see what the level of challenge is like in the area.

“These results show the impact that weather can have on liver fluke levels and the need to stay alert to the challenge”, advises Mr Colston.

“I urge famers, including those in areas previously thought of as fluke-free, to learn from these surveillance farms and to consult with their vets and animal health advisers to establish similar control measures for sustainable liver fluke control if they have not done so already.”