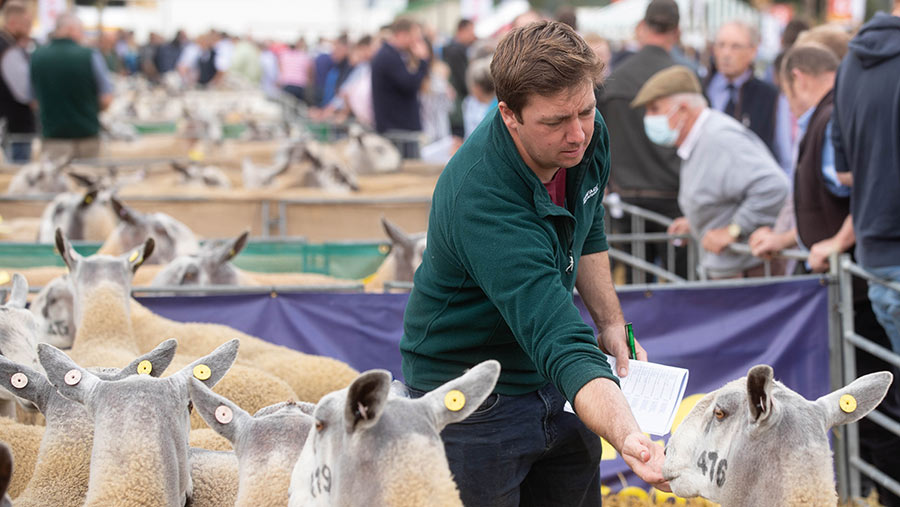 Nerves were quickly settled in most rings at Kelso last week (10 September) as keen bidding left a record average of £970.09, and the famous sales made a comeback.

Strong bids from pedigree breeders included a centre record £65,000 call for a Campsie shearling, ending the Covid hiatus in style at the Border Union Showground.

This bid, along with other pedigree bids helped lift averages by £271.81, passing the 2017 record of £709 and illustrating the confidence of commercial buyers.

Expectations were high going into the sale, with many flocks having sold prime lambs for more than £100 a head all summer and breeding females 20% dearer on the year.

Sheep were left open to the elements this year, rather than penning and selling rams in long marquees, which concerned some breeders.

This was due to a national marquee shortage created by demand from vaccination centres, hotels, pubs and other business.

A Texel shearling ram from Jimmy and Donald McGregor, Dyke Farm, Milton of Campsie, made £65,000.

Campsie Drambuie was shared between John Elliot, Roxburgh, and Ken Hodge, Greenarch. Drambuie is an Ettrick Cockney Rebel son out of a dam by Garngour Yeltsin.

Trade peaked at £6,000 with a shearling from Messrs Alexander Gray and Son, Langside Farm.

“There was a notable absence of Northern Irish buyers here today because of rules and the border limiting animals passing into the country,” said Mr Donaldson.

“Buyers were looking for clean legs and tight wool to breed a good ewe lamb.”

The Suffolk Sheep Society confirmed there would normally have been half a dozen or so vendors that were absent and far fewer buyers from Northern Ireland and south of the border.

Buyers were paying more than previous years for the best quality cross-bred tups in ring three, where Nick Woodmass for C and D auctions saw prices top at £5,800. The ring was led by a three-quarter Beltex-cross Texel from A Taylor, Heatheryhall.

“The very best were all £1,000 plus, with buyers looking for skins, shape and size,” said Mr Woodmass.

Chris Armstrong of Hexham and Northern Marts said the trade failed to live up to expectations and was “quite selective” for Texels in ring five.

He suggested businesses had looked to save on ram expense after paying very strong prices for commercial ewe lamb replacements and shearlings.

“The replacement cost of a ram is often said to be 10 lambs, so with lambs making £95-£110, we expected to see rams dearer. A lot of rams sold for £700-£900, so people were carefully managing their business.

“That said, everybody is relieved to be back at Kelso and the staff must be commended for their efforts.”

Leicester trade was dominated by the traditional-type rams at Kelso, which the society attributed to the popularity of the Cheviot Mule breeding female.

Trade topped at £9,500 for a shearling from the Forster family, Lowes Fell, Hexham. He sold to Frank Johnson, Ashes. 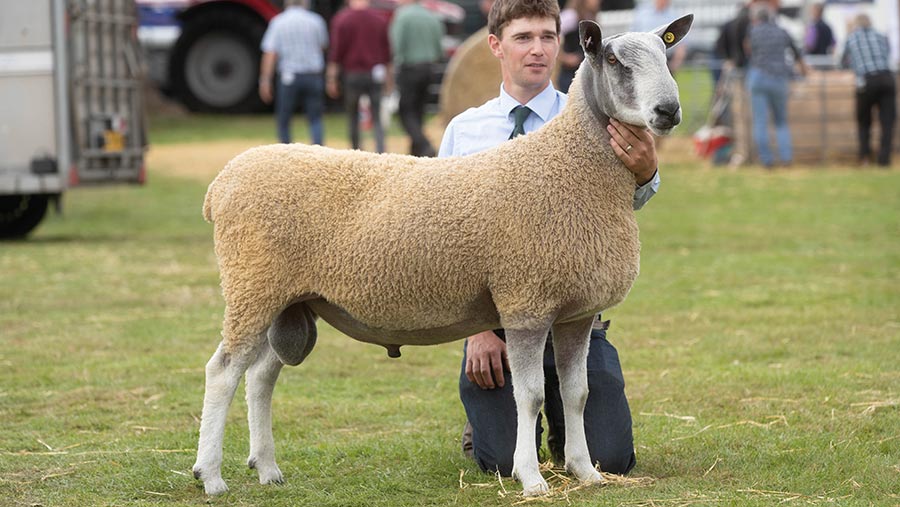 The first ram of the day, from Alan McClymont, Kirkstead, made £7,000. This is the Kirkstead flock’s best price yet.

The shearling (pictured) is out of the flock’s D17 Shrewbridge daughter and by G1 Burndale. He sold to Wayne Burrow, Arkenfield flock, Preston.

Seven other Kirkstead rams made £2,000 or more. West Bolton N2 from the Smith family, Alnwick, Northumberland, made £3,400.

The Gornal K34 son sold to Matthew Seed, Auchry. Crossing-type Leicesters topped at £5,200 for a shearling from Alec and Anders Brown, Macqueston.

Trade topped at 10,000gns and heifers averaged more than £2,400 at the Warnelview production sale on behalf of the Wilson family, Thursby, Carlisle, at Borderway last week (8 September).

The 445-head dairy herd has averaged 11,800kg and attracted bidders from across the UK and Ireland.

The top lot was a Silvio daughter from the Ruby cow family. Warnelview Golwyn Ruby (EX94) (pictured) made £10,000. She sold to Messrs Millar, Coleraine, County Londonderry. 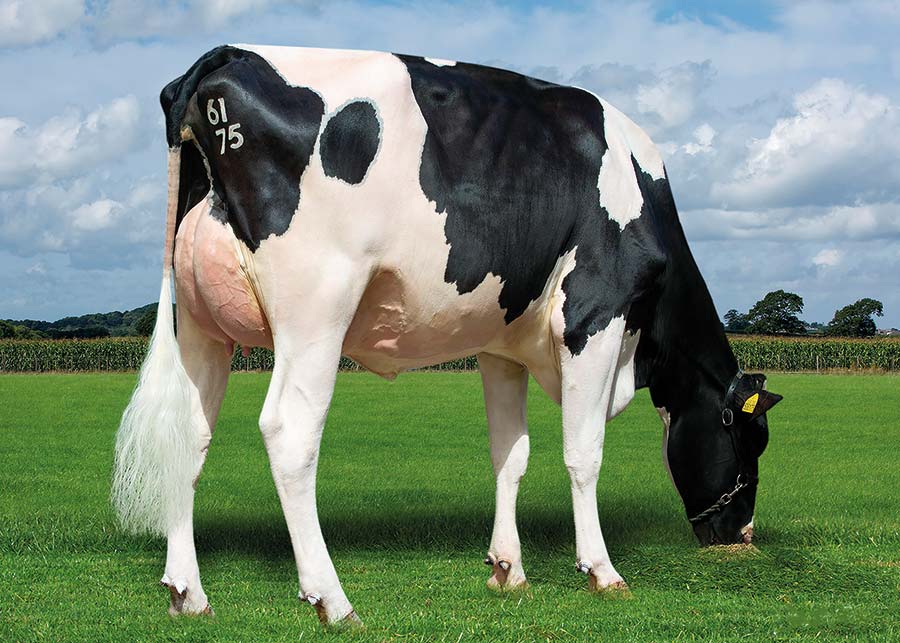 Winning first place and setting a sale and association record of £300 a head were Alan and Mark Jones, Middle Farm, Rorrington, who sold to Pennie Brothers, Gwern Yr Ychain.