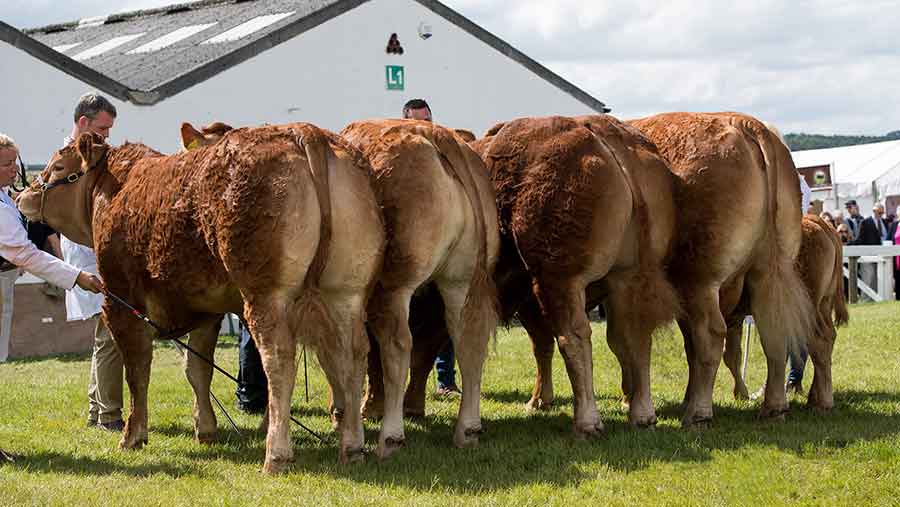 The genotyping will bring 70-80% accuracy to the maternal abilities of new-born calves and will be the equivalent of having 10-12 daughters on the ground, the Limousin Society has said.

Genotyping requires samples of blood, hair or semen to be taken from stock and sent or laboratory analysis.

The announcement adds to the carcass trait EBVs launched in 2015 and covers:

She added that uptake has been pleasing, stressing the new EBVs would provide “more information to differentiate similar animals”.

“Most herds currently genotyping are collecting samples from their best four or five animals at a time,” said Mrs Glasgow. “We have three times the amount of animals being genotyped in the last run – around 160-170 more.”

She added the breed has just short of 6,000 animals genotyped. “By selecting best performing cows and heifers each year and genotyping stock bulls, breeders can eventually build a cow herd that is completely genotyped over time.”