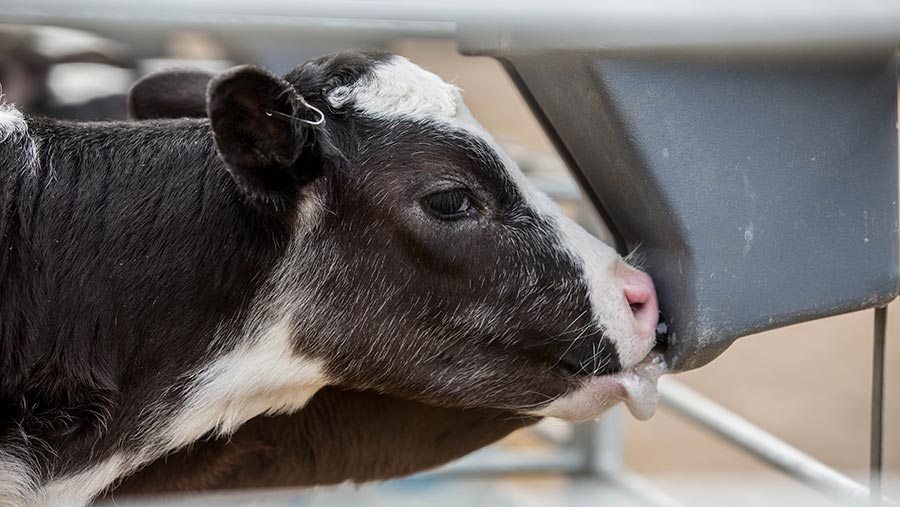 With 50% of UK beef now originating in the dairy herd, it is vital that beef sires are recorded in the BCMS wherever possible

The AHDB have reignited calls to get farmers recording sire information on cattle passports by launching a new “Shout about the sire” campaign.

It is compulsory to record the dam, but not the sire, of progeny when registering calves through the British Cattle Movement Service (BCMS). 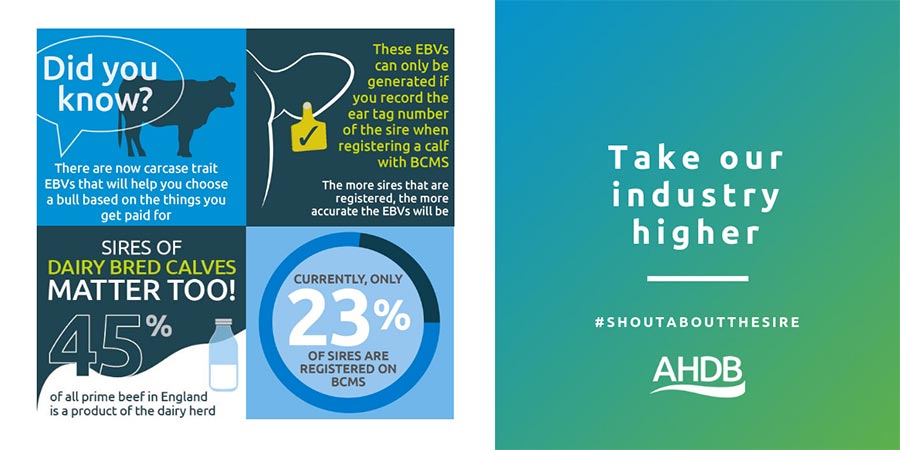 These evaluations deliver estimated breeding values (EBVs) linked to traits that commercial farmers get paid for, such as carcass quality and speed of finishing.

Some four million carcass records from abattoir data are shared with Scotland’s Rural College (SRUC) to help calculate these EBVs; this represents 40% of the national kill.

Yet half of this data is completely useless for genetic evaluations, because no sire is recorded within the BCMS.

“In some cases, we are able to determine sire based on pedigree and insemination data provided by breed societies and milk recording organisations, but we have no other way of accessing pedigree data for commercial animals,” explained Miss Brown.

For a farmer, this means they are missing out on having access to EBVs for traits they could make money from.

This was echoed at the conference by beef producer Rob Drysdale, who said he lost £100 on an animal at slaughter because its Aberdeen Angus sire wasn’t recorded on the passport and instead it was classified as Holstein Friesian.

Miss Brown acknowledged there were barriers to recording sires, adding: “Sire recording is not always possible – for example, when more than one bull is left to run with the herd, or mixed straws are used for insemination.

“We also recognise that the current BCMS system is unsuited to recording dairy sires, as there is high use of foreign bulls whose identification numbers are not recognised by the BCMS.”

However, she said if more beef and dairy farmers record sire information it would improve both the breadth of bulls that have EBVs available, and the accuracy of evaluation. She added: “With 50% of UK beef now originating in the dairy herd, it is vital beef sires are recorded in the BCMS wherever possible.

“If we can achieve this, we will see faster genetic progress within the beef industry, which will have a positive effect on the productivity and profitability on farm.”