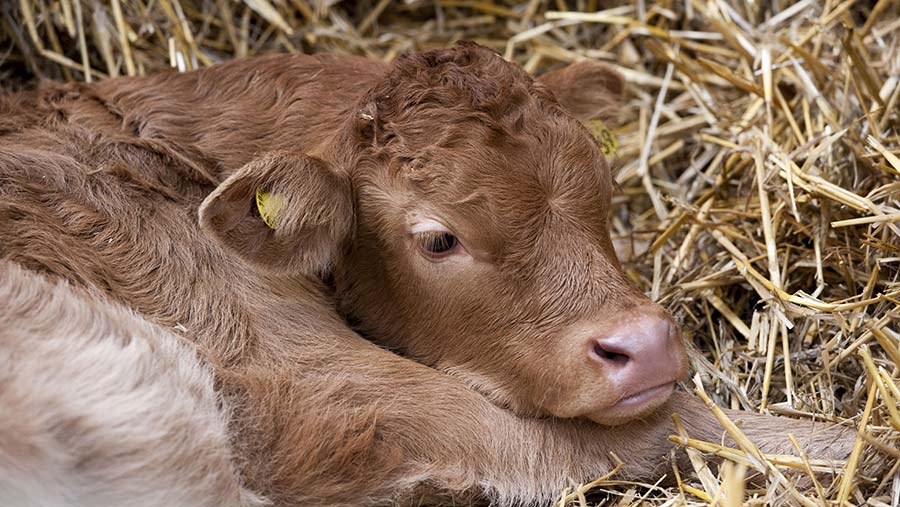 Beef calf registrations in Wales have risen at the highest rate for five years, according to British Cattle Movement Service (BCMS) statistics.

The latest BCMS figures show beef calf registrations were up 4.2% between January and May 2020 compared with the same period a year earlier.

The 2020 figures are a contrast to the past five years, where data has indicated a flat picture in Welsh beef registrations.

Analysis by Meat Promotion Wales – Hybu Cig Cymru (HCC) suggested the rise was due to a trend towards producing more cross-bred calves from the dairy herd.

This was driven by farmers using sexed semen to breed dairy herd replacements and switching to beef genetics for the remainder to add value.

Among the beef breeds selected in 2020, Aberdeen Angus genetics saw the largest increase in uptake, at 11.7%, on the first five months of 2019.

However, statistics on the total numbers of calves show that Limousins are by far the most popular beef breed on Welsh farms.

“A combination of market conditions led to low farm-gate prices last year, and demand fluctuated widely in the early stages of the Coronavirus lockdown as pubs and restaurants closed their doors,” HCC said.

“However, we’ve seen encouraging consumption figures throughout Britain in the second half of the spring, with great support from consumers for home-produced beef.”