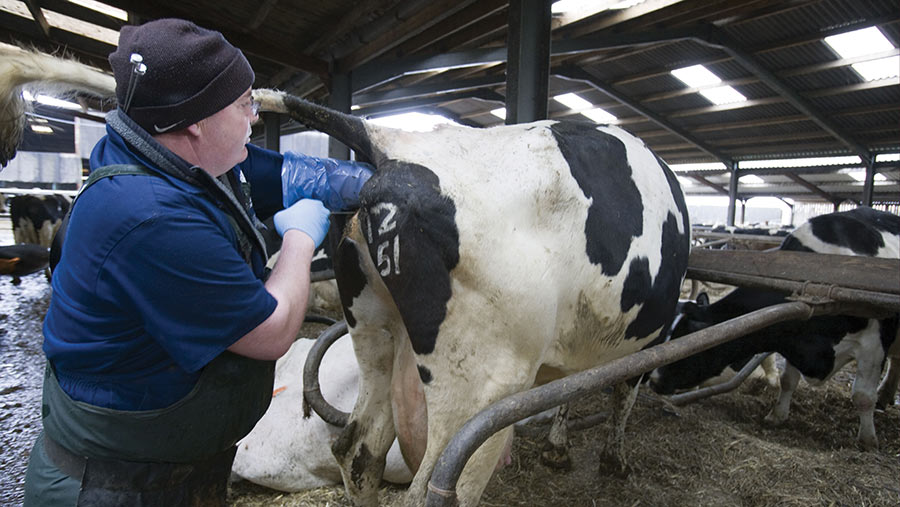 Genomic testing has grown in popularity over the last five years, although is still far from the norm, with only 3% of farms undertaking tests.

With superior reliability of 68% in calves just weeks old, genomics can be used to increase the rate of genetic gain with return on investment often quoted as being 3-10%.

The cost of testing and the genomics packages varies hugely, with some tests costing less than £10 a test, while other services, supported by advice and health trait indexes, can cost three to four times that.

See also: How to use genomics to improve dairy economic performance

A high-output US dairy has almost halved medicine spend a cow since investing in genomically testing all heifers in 2015.

And while some of these improvements can be attributed to management changes, Tom Oesch, operations manager at Swiss Lane Farms, says “at least half” is down to genetic gain.

They have also cut their replacement rate from 40% to 27% in three years and the top 25% of their herd is producing 2,715 litres more milk than the bottom quarter.

Mr Oesch started genomic testing heifers in 2012 through the Zoetis Clarifide plus programme.

The Zoetis system ranks animals on the Dairy Wellness Profit Index (DWP$), which is based on specific health traits (see table) and has more health traits than the US Department of Agriculture’s national index, Net Merit, (the equivalent of PLI).

Heifer calves are genotyped on the first day of their life for $40 (£32/test), which includes breeding consultancy and advice as part of the package.

All heifers are all genomic tested within the first 48 hours. Some bulls with potential to be very high index are also tested.