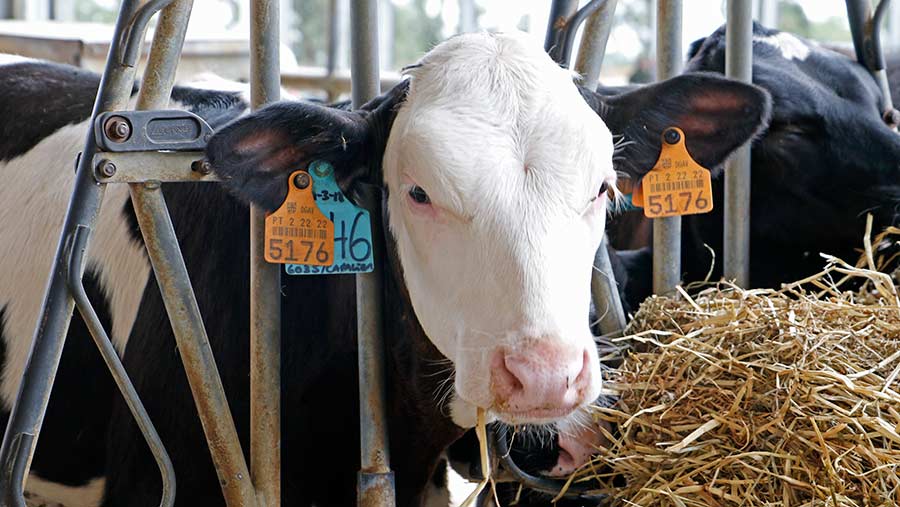 Researchers from the University of Minnesota have been comparing the performance of three-way-cross cows (made up of Viking Red, Montbeliarde and Holstein) to Holsteins.

Their studies have compared feed intake; milk volume and milk fat and protein production; fertility as well as health costs.

We were invited to a study tour in Portugal where the results where revealed and where we also caught up with three farmers from Europe using this ProCross breed to see how they are performing in their systems.

Cross-bred cows are more efficient at converting feed into milk solids compared with Holsteins, the latest research from the University of Minnesota, US, has found.

It is a three-way cross of Viking Red, Montbeliarde and Holstein used in rotation to maximise hybrid vigour.

How the trial was carried out

The study was led by PhD graduate Brittany Shonka-Martin at the University of Minnesota.

She compared the feed intake of Holstein and ProCross cows from first to third lactation over a three-year period.

Cows were fed the same TMR twice daily in tie-stalls with partitions in the feed manger. Feed intakes were recorded from day four to 150 of lactation, with individual cow body weight, height and body condition score (BCS) also chronicled.

Prof Les Hansen, dairy cattle genetics specialist from the University of Minnesota, who has led a lot of research on ProCross, revealed the results of the study to delegates at the ProCross conference in Lisbon, Portugal.

With the majority of UK contracts now paying for milk solids rather than liquid, Prof Hansen said UK farmers could capitalise on this by using the ProCross breed.

“Farmers think if you are going to cross-breed you lose production, but that’s not the case. You may lose water, but fat and protein production are the same.”

“Cows that carry more body condition have better fertility and better health – that’s well known. The body condition comes heavily from Montbeliarde because they select to preserve it.”

Can the Holstein cow compete?

In comparison, Prof Hansen, who also teaches Holstein dairy judging at the university, said until 10-15 years ago Holstein breeders ignored fertility and health in favour of tall cows, which has a negative relationship on health and fertility traits.

“It’s a profitable cow that should really matter. Show cows don’t often make you the most money, but they can be fun.

“The Holstein cow was a wonderful cow. She peaked globally in 1985 and there was no cow that could compete with a Holstein, but breeds change.”

When questioned whether the change in the quest for a more functional and fertile Holstein could once again cement the Holstein back in poll position, Prof Hansen said current inbreeding could hinder progress.

However, UK inbreeding is lower than this. Data from more than 180,000 Holstein calves born in 2017 show the average level of inbreeding to be 5.17%, which rose by just 0.14% on the year, figures from Holstein UK show.

Once inbreeding gets above 6.25%, traits such as fertility, health, mortality and longevity suffer. However, inbreeding has no effect on type.

Prof Hansen blamed the “race to the top” of bull rankings by AI companies for this decline.

“The Holstein industry is breeding the best to the best as fast as [they] can. It’s a race because it’s all about survival of the company and right now you have to have the highest genomic young bulls to survive. So, we have this dilemma that’s really becoming an issue.”

One way to lessen the decline, Mr Hansen said, was for companies to move to internal genetic evaluations that aren’t shared with anyone outside of the organisation, like the pig and poultry industries.

However, Marco Winters, head of animal genetics at AHDB Dairy, said dairy farmers would lose out ultimately because genetic evaluations would be in the hands of companies and would rely on them being completely honest.

“In the pig and poultry sector, turnaround is rapid. If you get the wrong chicken you know pretty much in a month, but in the dairy world it takes three years before you have any results.”

Mr Winters said inbreeding was an “inevitable by-product” of doing an excellent job of genetic progress, adding: “Although inbreeding is increasing in the UK, we are increasing at a really slow rate and because we started from a Friesian base, it is at a safe level and very easy to manage.

Mating programmes are currently available in the UK to check for inbreeding coefficients on prospective matings, but the AHDB hopes to launch a genomic inbreeding tool next April.

The tool will be available to use within their Inbreeding Checker programme to give farmers more accurate information on inbreeding.

Current inbreeding values are based on the probability a calf will carry the same copy of a gene inherited from its ancestors and is a crude measure, but this new tool will allow farmers that are genotyping to actually see what genes calves inherit and predict inbreeding levels in further matings.

They use a programme called StrataGen, which uses genomic insights to colour-code daughter proven and young sires into one of five genetic lines based on traits they have inherited from ancestors to avoid inbreeding.

Scientists from the University of Minnesota carried out a 10-year study comparing ProCross cow performance to purebred Holsteins from seven farms in the US.

Daughters from the two cross-bred groups were then mated to either Montbeliarde and Viking Red to achieve a full ProCross animal. Once this three-way cross was achieved, those animals were mated back to Holstein. 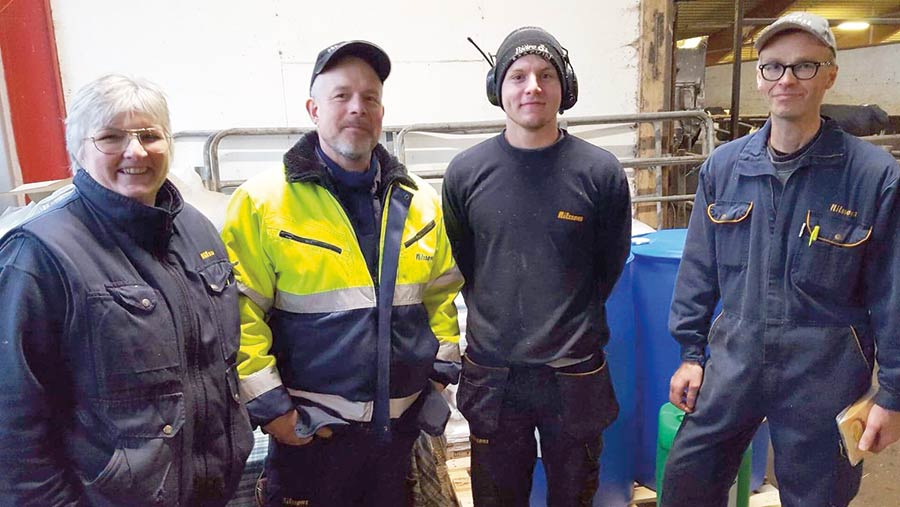 Anders Nilsson has increased cow profitability by £300 a head since switching to the ProCross.

His herd of Holsteins were averaging 11,500 litres, but it was taking two straws of semen to get cows to conceive. Therefore, in 2011 he changed breeds in the quest of better fertility.

Now, the herd is producing 13,000 litres at 4.2% butterfat and 3.2% protein on three-times-a-day milking, but fertility has improved, with straws to conception averaging 1.5.

While the production lift has been a benefit of moving to three-times-a-day milking, herd manager Jan Eriksson believes improved fertility was noticeable immediately.

They used the Viking Red over the Holsteins for calving ease and then mated their daughters to Montbeliarde. Mr Eriksson believes the first crosses were the best.

The farm sells 50 surplus heifers annually and now has ProCross cows in their third lactation milking. 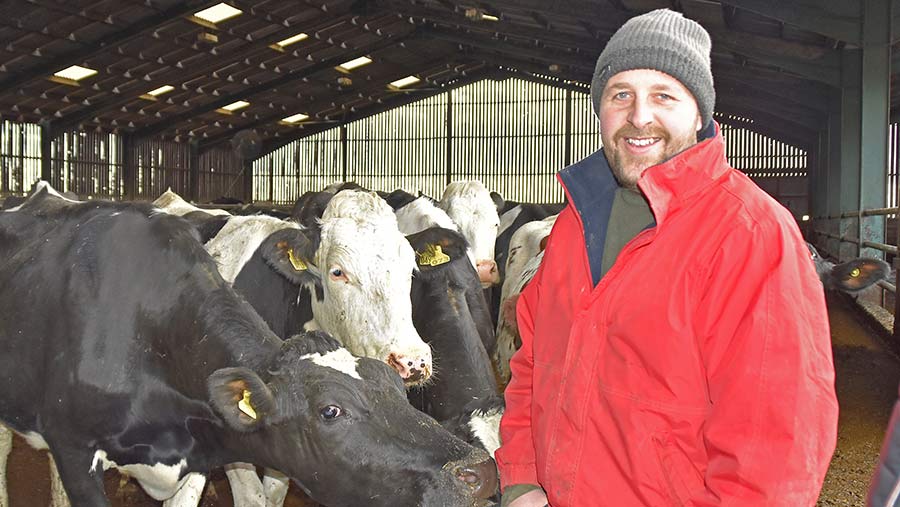 Will Nixon imported 80 in-calf ProCross heifers from Denmark last year after fertility slipped in his herd of 300 pure Holsteins.

He farms in partnership with his dad, Ian, and uncle, David, near Market Drayton. He says they were very happy with the performance of the Holsteins in 2004, when cows were achieving 29 litres daily with 19 litres produced from forage.

However, since then Mr Nixon says genetic progress had halted, with production reducing by 2 litres a cow and calving interval slipping to 400 days.

He has been comparing the performance of the ProCross heifers in their first lactation to 80 Holstein heifers since both calved in August.

The comparison has shown:

This year they have served everything to Montbeliarde to begin the conversion to ProCross.

“The fertility of the ProCross is superior to the Holsteins and I hope to see longevity improve too.

“The aim is to tighten our calving block and reduce our cull rate to 20% and in turn that should increase our yield, as we will have more older cows in the herd.” 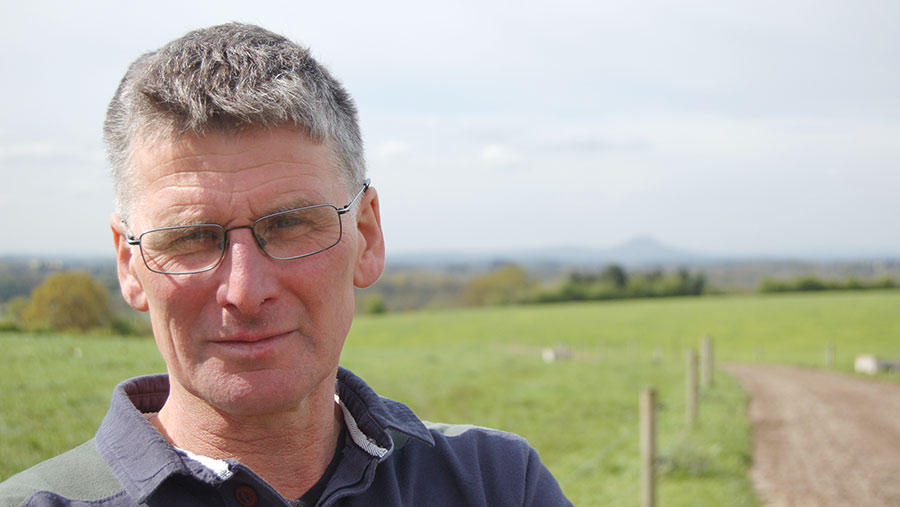 Autumn calver Arthur Palmer reckons he has reduced his cost of production by 4p/litre since he began cross-breeding eight years ago.

His herd fertility was the main reason he made the move, with calving interval back in 2010 languishing at 425 days and replacement rate peaking at 31%.

At the time, milk a cow had risen to 10,000 litres, but trying to get cows in calf at grass was proving difficult.

Mr Palmer started by experimenting with Fleckvieh and Norwegian Red, but moved to ProCross in 2014.

He now has mainly Holstein cross Montbeliarde cross Viking Red cows and only has 35 Holsteins left in the herd. Since 2012, the herd’s age at first calving has reduced from 24.9 to 23 months and average inseminations to conception has lowered by 2.36 to 1.7.

This has allowed him to review the performance of a small group Swedish Red cross Holsteins and Holsteins through to fourth lactation.

Longevity and lifetime production has been better in the group of cross-bred cows.

He says the only downside is that cross suckling seems to have increased.