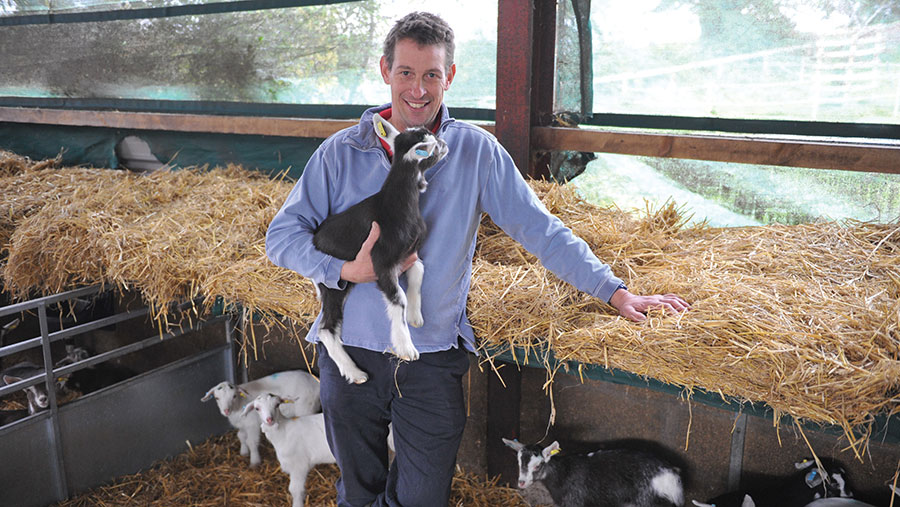 A dairy goat farmer has increased conception rates by 10% after switching from natural service to a synchronisation and artificial insemination (AI) breeding programme.

Gary Yeomans, who farms with his wife, Jess, at Pant Farm, Monmouthshire, has seen conception rates increase from 38% in 2019 to 48% after adopting the programme on some of his 600 dairy goats.

He initially used sponges, but changed to now use controlled internal drug-release dispensers (CIDRs), as there is less fluid created after removal, which can make AI more difficult.

Although synchronisation is expensive – costing about £9 a goat – he believes it is money well spent due to the improved fertility, increased genetic gain, as well as reducing the risk of disease from bought-in males.

Mr Yeomans is using is using goat semen from France and Holland because of the extensive progeny testing undertaken in those countries.

There is also good knowledge of the breeding values and a diversity of bloodlines, with selection available on milk, components and type.

He opts for sires in the mid-price range, paying £11-£23 a straw. Billy goats are introduced 15 days after AI to catch any repeats.

There are multiple benefits to DIY AI, he says. “The goats are used to us, so it provides a calmer atmosphere for them than when the vet would come here to do it.”

The first kids from the 30 females mated in 2019 using AI were born on 26 February. “They are big, strong kids,” Mr Yeomans reports.

He is now planning to increase numbers mated through AI – he will inseminate 60 over two days. “We want the autumn kidders to kid in the first week of September, so we will put the CIDRs in at the end of March.”

Mr Yeomans hopes using good genetics will help him increase milk yields, much like the progress that has been made in the dairy industry.

AI with visual heat detection only is “hit and miss’’ and is mostly only used in organic farming situations where breeding hormones cannot be used, says Mr Yeomans.

In this case, he says, females should be inseminated twice at 12-hour intervals.

Below, Mr Yeomans talks us through a step-by-step guide to AI insemination. 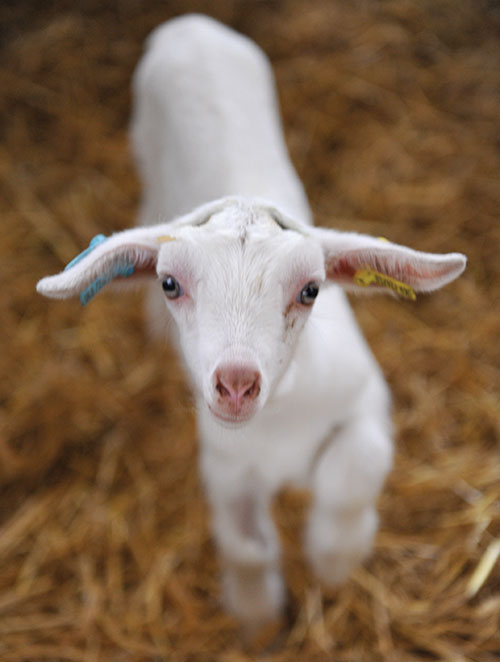