Worcestershire farmers Marcus and Kathryn Bullock and their daughter Kate have seen a 2kg lift in scanning weights in the last 10 years and a 10% increase in lambs born alive at Bank Farm in Abberley.

Samuel Boon of Signet Breeding Services estimates the genetic gain to be worth an extra £5.50 a lamb, based on £2/kg and an extra £1.50 a head for having more lambs to sell.

The Bullocks have 30 years of flock data going back to 1988 when they first started breeding Lleyn sheep.

Through culling hard and monitoring the ability for mature ewes to rear the equivalent of their own weight in weaned lambs, the genetic progress of the flock was good, although flock expansion was understandably slow.

Then, when Signet decreased the Lleyn index’s weighting on prolificacy in 2005, the Bullocks decided to start Signet performance recording, with the advent of two new Lleyn indexes.

More recently, in 2010 the flock artificial insemination (AI) programme started, which speeded up genetic gain in the flock, mainly using homebred sires, as well as limited semen from bought-in tups.

“We have only bought one ram and two ram lambs in the last five years – we have placed considerable emphasis on the careful use of AI,” explains Marcus, who runs eight families of sheep.

“We aren’t set on a line breeding programme, but we want to breed from a certain type of Lleyn that suits our ground really well and performs with minimal help and inputs from us.”

The Inbreeding coefficient software provided by Signet is used to keep a check on any close breeding, but Marcus says that all matings to date have been of negligible risk.

Between 100 and 150 ewes are AI-mated, with up to 300 in some years. The overall aim is to match ewes lacking in particular traits with suitable rams to improve that specific trait.

“There are a limited number of flocks from which we can source tups, who operate systems similar to ours, and we need to ensure (as far as possible) that  purchased animal won’t take our flock backwards,” says Marcus.

“The recent expansion of members within the Performance Recorded Lleyn Breeders Group has provided us with a considerable amount of extremely useful data which will assist in the identification and selection of the very best genetics within the Lleyn breed”.

As well as the belief that rams should be reared on forage alone, and sheep farming must be based on growth from grass, the Bullocks say that, without exception, problems must be culled immediately to remove any potential genetic weaknesses from the flock.

“Our approach is to be constantly looking for reasons to identify a sheep and cull it,” says Kathryn. “You have to continually raise the bar at the base of the flock by removing the problems – consequently the top end of the flock takes care of itself.”

Faults like lameness, prolapses, poor mothering and infertility are managed through culling. Combined with a strong focus on increasing the flock’s genetic merit, this means a minimum of four crops of lambs is expected, and six crops in a very long-lived ewe, from which they would be looking to retain the best males for breeding. 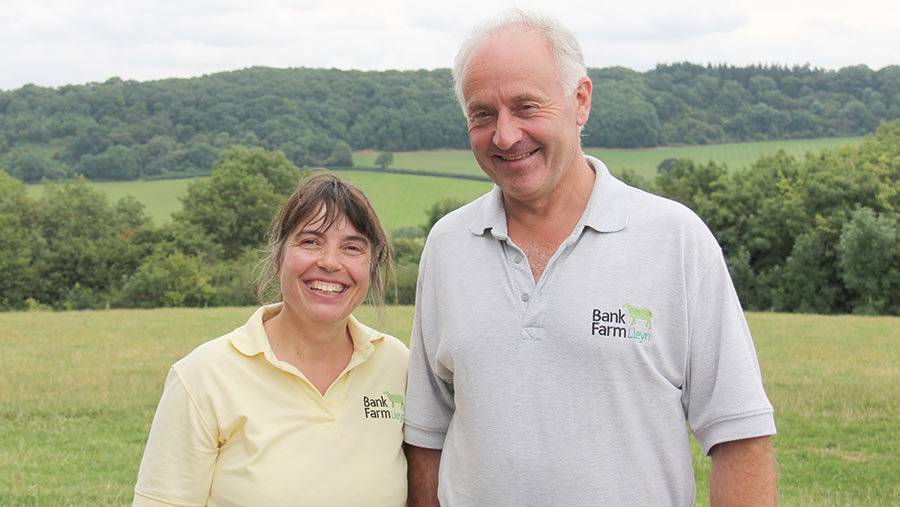 Bank Farm Lleyn holds an on-farm Helmsman system ram sale on the last Saturday in July each year. To read more about the southern hemisphere-style silent auction, see: Why on-farm ram auctions are growing in popularity