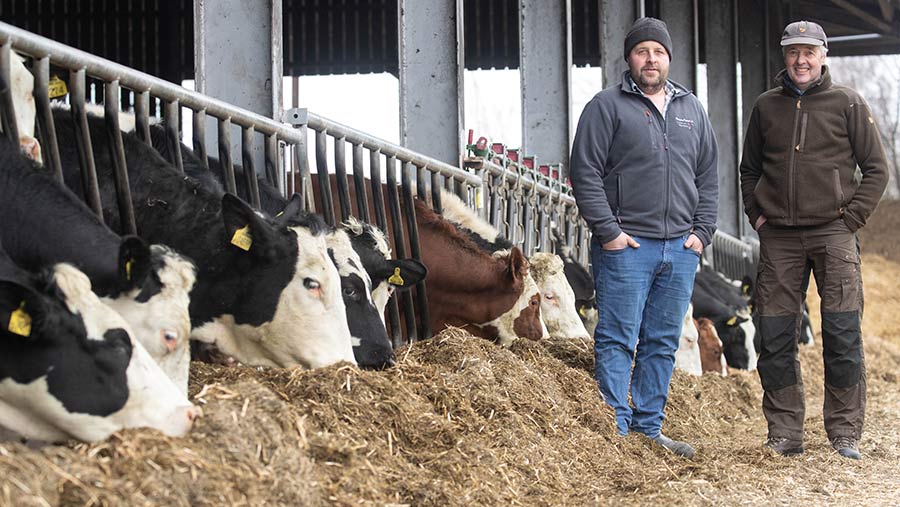 Ian and Will Nixon with their herd © Viking Genetics

A switch to cross-breeding has improved financial performance and lifestyle on a Shropshire dairy farm.

There was no watershed moment, nor a single figure which led the Nixon family to scrutinise their basic principles or reconsider the way they farmed.

They were simply aware of a gradual decline in performance, particularly in health and fertility, and this was hitting their bottom line.

Average production had peaked at about 9,500 litres in 2006 but had slipped to 8,200 litres by the time the family decided to embark on a review with their farm consultant, P&L AgriConsulting.

On the face of it, many of the figures for their Market Drayton-based farm seemed more than acceptable.

This included a calving interval of 397 days and a pregnancy rate exceeding the national average at 19%.

However, it was clear the show had been kept on the road by having a relatively high turnover of stock and a young milking herd.

Fertility figures were being maintained at the expense of heavy culling, while vet and med costs had increased to £62 a cow a year.

“We knew we had to scrutinise the figures because we were not making a lot of profit,” says Will Nixon, who farms with his father Ian.

“And this was despite a milk price of 33.4p/litre and costs far lower than they are today.”

If there was one figure that stood out as of greatest concern, it was probably replacement rate, recalls Will.

“In 2015, this was up at 35%, due to fertility issues and involuntary culling, but even at this rate, we struggled to expand the herd.”

Initially they tried to breed longevity back into their Holsteins, but between 2008 and 2016 they made little improvement.

So they went on to take their “hardest decision of all”, which was to switch to cross-breeding.

“It required a complete change of mindset,” says Will. “We’d been pedigree Holstein for over 20 years and there’s a general feeling that people look down on cross-bred cows.”

However, by choosing the ProCross rotational cross-breeding system, they were able to retain their Holstein genetic base.

To this they added the Montbeliarde and VikingRed, and returned to the Holstein to maintain the three-way cross.

“We’d been to America and France and seen the system in operation,” says Ian.

“We wanted to see the Montbeliarde before we started, and we discovered it was a high-production dairy cow with good milk solids and a robust frame.

“The VikingReds are also nice cattle; smaller than the Holstein but they still give plenty of milk, fat and protein,” he adds.

By following a three-way cross they also knew they would be able to maintain hybrid vigour at a constant 86%.

This has been shown in a 10-year study by the University of Minnesota to contribute to a range of benefits including improved fertility, fewer health treatments and improved rates of survival. 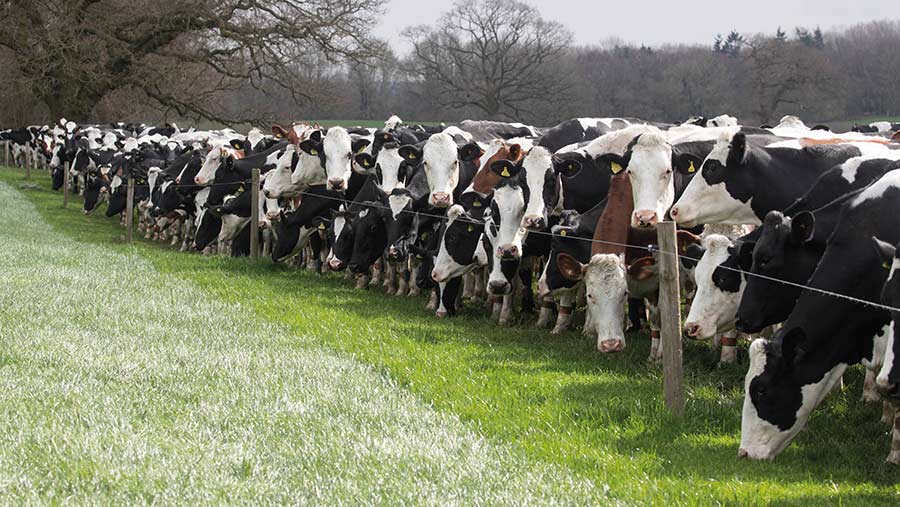 To kick-start the process, the Nixons imported 80 ProCross heifers from Denmark in 2016.

They brought the same number of their own pure Holstein heifers into the herd at the same time, giving a useful yardstick for comparison over the following years.

Will says: “We have found everything about the cross-breds is easier – they get in calf and calve more easily, [suffer] less lameness, and we haven’t had a displaced abomasum for three or four years – they are just healthier animals.”

Vet and med costs have correspondingly declined and are now recorded on Promar costings at £39 a cow a year. Antibiotics use is down to 4.15mg/PCU (population correction unit).

Will says: “We are on a Tesco contract for which we don’t need high solids, but we don’t know what the future holds.

“We don’t want to go down a route we can’t get out of or find doors won’t open if ever we need to change.”

The herd’s feed efficiency has been particularly pleasing, with feed costs a litre still below those of 2016, despite rising prices. At the outset these were 9.1p/litre but levelled at 6.95p/litre through 2021.

“That’s better than it was, but we’d like it to be higher and feel confident we can get to 50%,” says Will.

The critical figure of replacement rate has also significantly declined. This now stands at 19%.

At the same time, the herd has expanded from 290 head to 360 head, and there are surplus heifers and mature cows to sell.

Furthermore, of the 80 cross-breds bought six years ago, 42 remain. This compares with the 80-head cohort of Holsteins, of which there are now 16.

The new regime has paved the way for significant further changes, including a switch to using Wagyu beef semen on a proportion of the herd.

This is used in tandem with sexed semen for all dairy inseminations for the first six weeks of breeding, before moving to beef.

“We don’t make any pre-selection of cows bred to sexed, as those which come bulling first are going to be the most fertile,” says Will.

“This is important for the autumn block calving system, which makes best use of seasonality payments and suits the farm’s late turnout on to clay soils. 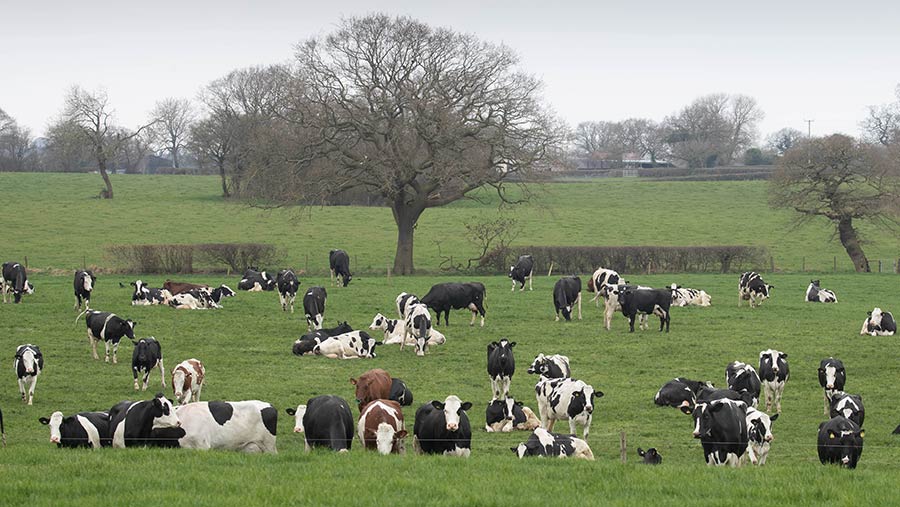 Wagyu-cross calves are sold under contract to Warrendale Wagyu for a comparable price to a continental-cross.

The Wagyu’s easy calving is a further attraction, helping give cows the get-up-and-go for their following lactation, says Will.

This contributes to the current annual calving index of 362 days and an exceptional pregnancy rate of 43.8% (rolling 12-month average, Uniform-Agri).

The herd’s better fertility has also seen semen use drop to 1.73 straws a pregnancy, compared with 2.36 in 2015. This is achieved using do-it-yourself artificial insemination and no sweeper bull.

“We’re certainly not worried about what people think of cross-bred cows,” he says. “These are robust cows which have given us a better lifestyle and increased our profits.”