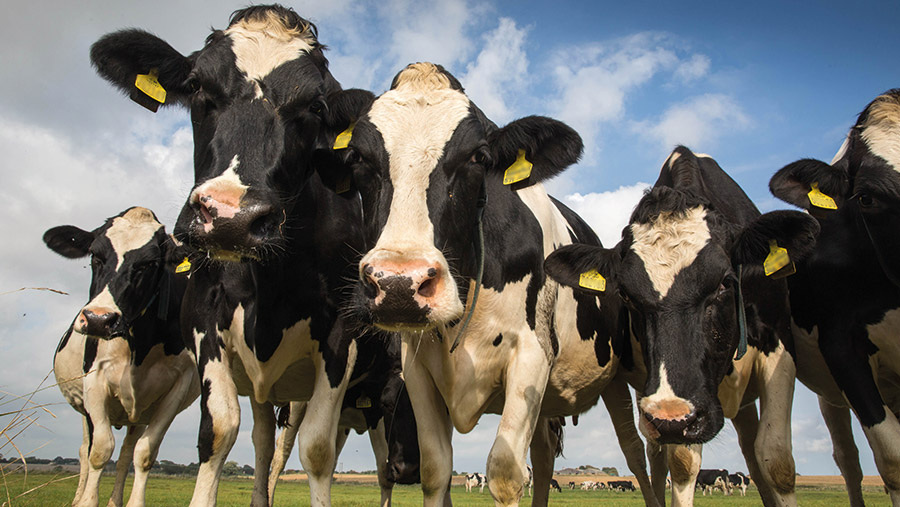 We looked at the latest data and spoke to industry experts to find out more about the changing picture for pedigree animals.

We look at the dairy, beef, sheep and pig sectors, and find out which breeds are proving most popular.

Holsteins remain the most popular pedigree dairy breed by far according to recent semen sales data collected by AHDB.

The data showed that the breed was responsible for about 90% of pedigree registrations.

Marco Winters, head of animal genetics at AHDB, says that not only do Holsteins dominate sales for pedigree breeding, but also breeding in general, with the breed accounting for around 80% of inseminations in total.

“Though Holstein has remained by far the most popular breed, a few years ago we did see a slight move into other breeds, as well as more cross-breeding, as producers sought something else in light of some of the issues Holsteins were having with fertility and longevity, for example.

“However, through more advanced breeding programmes, this has been successfully tackled and the modern Holstein is very different,” he says.

Though many farmers are still cross-breeding to glean specific traits required on-farm, the growth of cross-breeding has stabilised over the past few years, adds Mr Winters.

“We estimate registrations of cross-bred animals have increased by around half a percent a year.

“The big increase was seen 10 years ago, when cross-breeding became popular, but it has slowed since.

“There is obviously a good reason producers may want to go down that route, but it is not for everyone.”

In the beef sector, Aberdeen Angus, Limousin and Hereford made up the biggest proportion of beef-calf registrations between January and June 2021, tallying registrations of 45,871, 41,636 and 20,352 calves, respectively.

This is according to data supplied to AHDB from the British Cattle Movement Service. 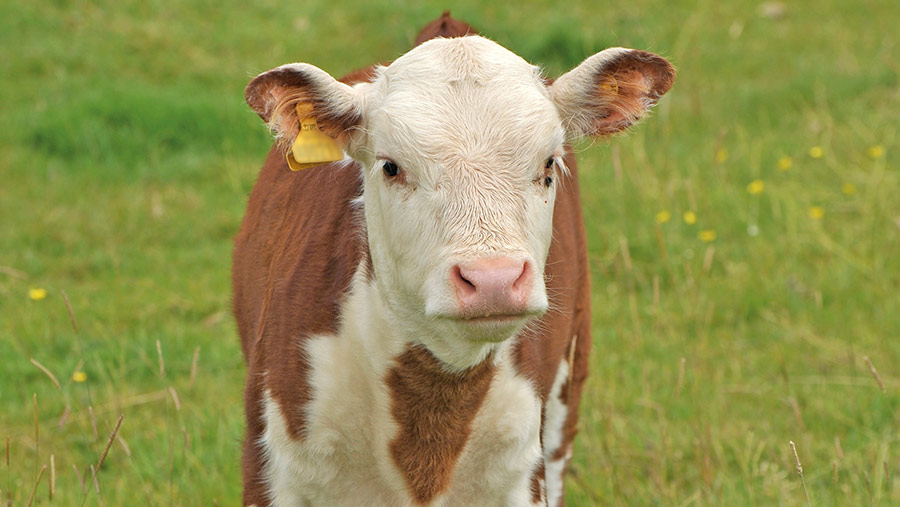 Hannah Clarke, AHDB livestock analyst, says that these breeds have remained largely unchanged in popularity over the past decade.

“While it is hard to ever say for certain what is behind any changes to breed numbers, the retailer drive for native beef could be helping keep such breeds in the top spots.”

Looking to the future, Ms Clarke says she expects more beef will come from the dairy herd, partly reflecting data that shows increasing use of beef semen among dairy producers.

“We also expect that the suckler herd will remain in steady decline, following longer-term trends.

“So, this would suggest that an increasing number of calves for beef production could be dairy-beef crosses. However, from a beef-cross-beef point of view, I don’t think we can be sure of future trends.”

Welsh Mountain and Scottish Blackface made up the greatest proportion of purebred ewe populations, according to the 2020 Sheep Breeding Survey, with 427,000 and 461,000 ewes, respectively.

This was followed closely by the Swaledale, with 270,000 ewes.

Topping the list for the lowland types was the Lleyn breed (260,000 ewes) and the Texel (245,000) – despite the breed predominantly being used as a terminal sire. 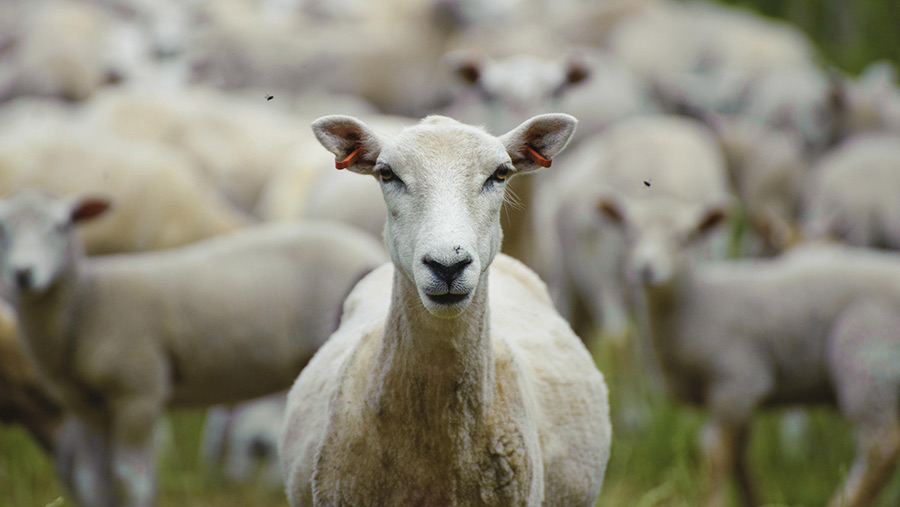 According to AHDB’s breeding and genetics specialist Sam Boon, who wrote the report, hill breeds have seen a significant decline in numbers over the past eight years (when the survey was last conducted), with the greatest change observed in the Scottish Blackface.

“There has definitely been a fall in the number of purebred hill ewes, which I assume to be due to changing economic pressures in the hill sector,” says Mr Boon.

“There is not massive evidence these are being replaced by cross-bred hill ewes, though some cross-bred ewes [containing fewer hill-breed genetics] might be being used more widely on the better, marginal land.”

The pig sector is slightly different than ruminants in terms of breeding, as the majority of pork produced in the UK comes from pigs bred by breeding companies.

“While the breeds bred under these programmes ultimately spawn from pedigree types, each breeding company has its own strain, so to speak,” explains Marcus Bates, chief executive of the National Pig Association. 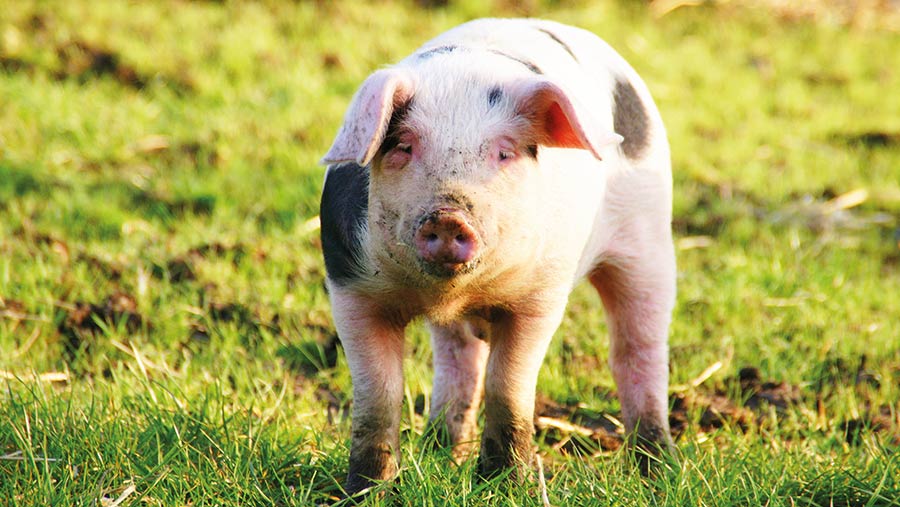 Genesus is one of the largest companies in the UK and represents 90%-plus of all pigs being produced.

“This means that ‘traditional’ pedigree breeds are now mainly smaller scale, and actually represent quite a marginal proportion of breeds. The UK now has just 11 native pedigree breeds.”

Mr Bates sits on the UK Farm Animal Genetic Resources committee, a Defra body that collates an annual inventory of breed and genetic information, with data provided by breed societies.

As the UK’s commercial breeding base operates under closed breeding programmes, details of their populations are not published.

“It is worth pointing out that both numbers highlight a decline in total registrations compared with 2016 data. In fact, between 2016 and 2020, there was no increase in numbers of any of the native pig breeds.”

Mr Bates says that the biggest increase in breeds, including Gloucester Old Spot and Berkshires, came after foot-and-mouth, but declined because of the credit crunch, with breed numbers slowly falling until fairly recently where the decline has arrested.

“However, 2020 and the onset of the pandemic has provided a bit of recovery, with more consumers interested in keeping their own pigs for meat, as well as an increase in sales and support for butchers and farm shops.”

Mr Bates says the challenge is how to commercialise the breeds that make up such a small percentage of the national herd.

“There has been many a case of producers successfully turning native breeds into a viable business – but those who tend to do the best are those who have the whole supply chain under control – for example, someone running a farm shop with access to their own butchery facilities.

“It can be a really successful operation, but we acknowledge there is a lot of work to be done on developing supply chains.

“We are hoping provisions of the Agriculture Bill will allow us to do that as it contains a clause that specifically mentions supporting native breeds. The hope is that there will be schemes which come forward to enable the industry to do just that.”