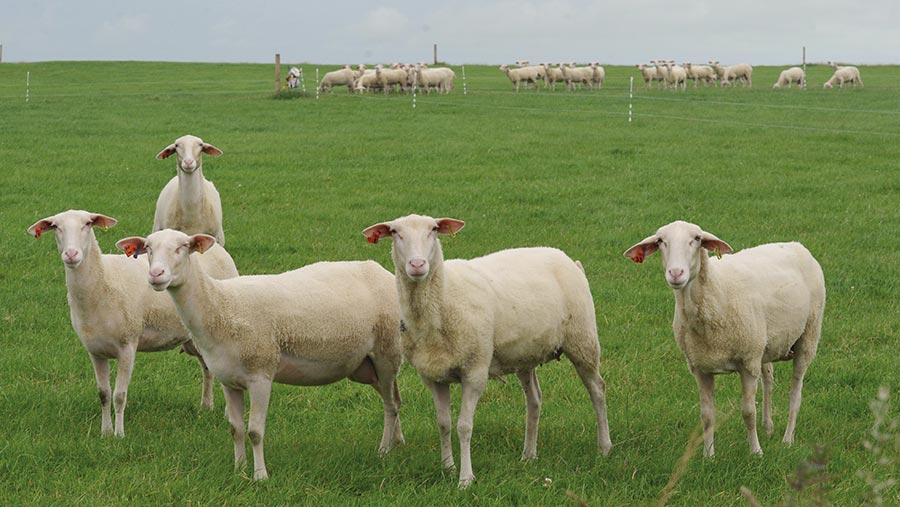 A new entrant to dairy sheep farming has doubled his flock size less than a year after buying his first ewes, amid strengthening demand for milk.

Twelve months on and he has bought a further 50 Lacaune cross East Friesian ewe lambs, doubling his flock number to 100.

1-3 litres
Daily milk yield, according to the stage of lactation

0.14ha
A cell grazing system provides the sheep with this amount of fresh grass daily

The 24-year-old farmer’s son set up his own business because his family’s 40ha (100 acre) sheep and beef farm isn’t big enough to provide a livelihood for both him and his parents.

Mr Jones graduated from Aberystwyth University with a degree in agriculture and was working full-time on a local dairy farm and running his own flock of 200 breeding ewes. 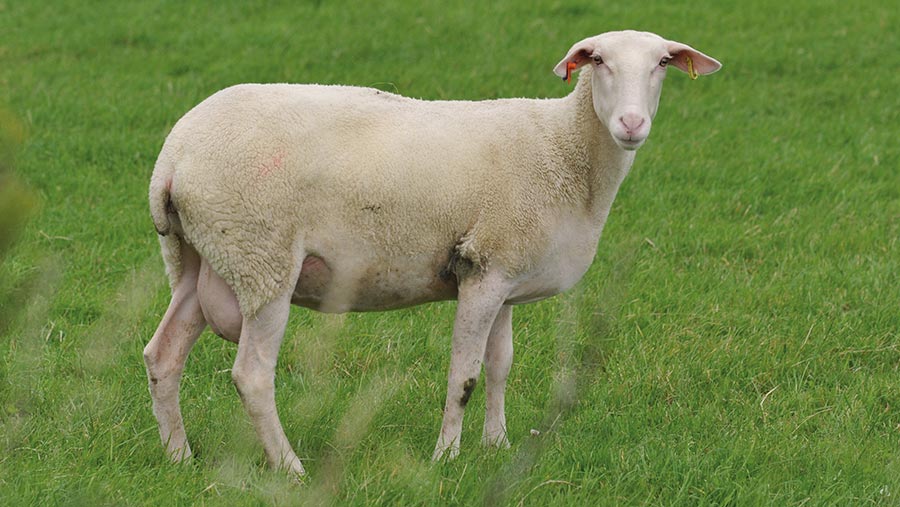 But his ambition was to set up a business that didn’t have big start-up costs and one that would tap into a relatively new market.

“I could see there was a gap in the market for sheep milk production, as people’s eating patterns are changing and consumers are ready to try new things.”

“Raising dairy sheep seemed a good idea as it requires relatively low investment, it generates significant gross margin and the market for sheep’s milk produce is growing,” he says.

According to the John Nix Pocketbook, the average annual gross margin for a dairy ewe is £300, compared with between £50 and £100 for a commercial ewe.

To gain knowledge about the sector, Mr Jones visited south-east France where sheep milking is relatively common and where farmers add value to ewe milk by producing cheese. He was convinced by what he saw.

“In my opinion, the Welsh climate is better suited for dairy sheep than southern France as we can produce top-quality grass,’’ he says.

To realise his ambition, he needed to secure a milk contract.

Before he invested capital in the venture, he approached a local cheesemaker, Carrie Rimes, who makes cheese from sheep milk.

“She had been driving to Preston to buy milk and she was delighted to have the opportunity to buy milk locally,’’ says Mr Jones.

“Her advice and help, as someone who knows the market inside out, has been invaluable.”

After securing a loan and funding from a Welsh Livery Guild Young Farmers Award, he bought 50 Lacaune cross East Friesian ewe lambs in Preston, through Sheep Milk UK in August 2019, at £175 a head.

They had been hand-reared and, as such, were docile and easy to handle.

The East Friesian is a high-yielding breed and the Lacaune has high levels of butterfat.

To produce a hardier ewe, more suited to the climate in north Wales, Mr Jones sired them to a Lleyn ram, sponging the ewe lambs in November.

“The Lacaune cross East Friesian is sensitive to the weather. They like to be indoors but I am running a low-cost system producing milk from grass, so crossing them with a Lleyn should give us the right animal for our climate and system,’’ says Mr Jones.

This cross will shorten the milking lactation. It will be four to five months instead of six to seven months, but the butterfat content in the milk will be higher.

Milk from the flock currently averages 6% butterfat and 5% protein.

The ewes, which have large udders and are slightly goat-like in appearance, were housed in January, lambing at the end of March in two three-week batches.

Lambs were reared on their mothers for three days before the ewes came into the parlour to be milked.

After they stop suckling their mother, the lambs are reared on an automatic feeder for 30-35 days and weaned at 13kg.

The females are retained as replacements and the ram lambs are sold fat or, to add value, some will be sold as teaser rams.

Mr Jones bought a second-hand parlour designed for goats and adapted it to suit sheep.

He opted for a mobile unit to give him flexibility as he has taken on more rental land.

“As I don’t have a farm of my own and as I am currently renting, I need to have the flexibility to move the milking site.’’

A cell grazing system provides the sheep with fresh grass in 0.14ha paddocks every 24 hours.

“They like to have fresh grass every day, they are pretty picky grazers and like to be pampered,” explains Mr Jones.

To increase production, Mr Jones has just purchased another 50 six-month-old ewe lambs, paying £160 a head, such is his confidence in the future of this sector.

“There is a massive market for sheep milk in the UK and it is expanding,’’ he observes.

There was some concern at the start of the pandemic lockdown when buyers in London and Manchester cancelled orders of the ewe’s milk cheese.

“Carrie had to rely on local sales for a while but demand is now increasing again,’’ says Mr Jones.