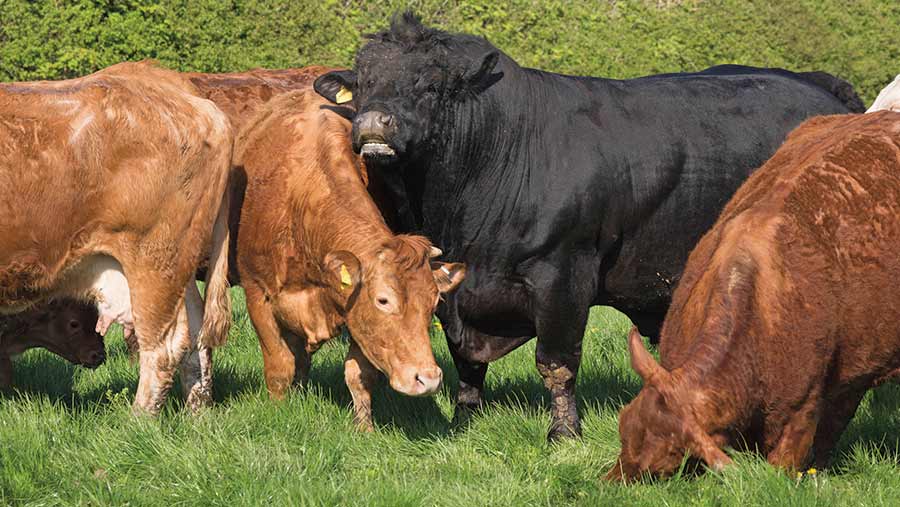 Selecting a sire with the right genetics can have a major impact on both performance and profitability of suckler herds.

To help farmers narrow down their decisions when it comes to obtaining a bull, Estimated Breeding Values (EBVs), which measure genetic potential, can be used to assess a bull’s breeding merit for a specifically desired trait.

Below, Max Tweedie, from Beef & Lamb Genetics New Zealand, talks through some of the most desired traits for suckler herds and how to select for them using EBVs.

What is an Estimated Breeding Value?

An Estimated Breeding Value is a measure of genetic potential, expressing the difference (positive or negative) between an individual animal and the individual breed benchmark.

Using EBVs, comparisons can be made between bulls of the same breed, but not different breeds.

A bull’s EBVs must be halved to estimate how much of his genetic superiority will be passed on to his progeny (as the dam makes up the other half of the calf’s genetics). 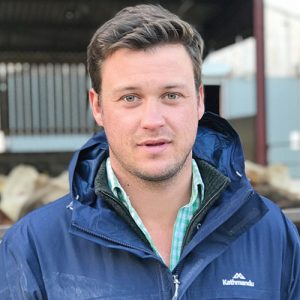 To minimise the human/vet intervention levels required during calving

The shorter the gestation period, the easier the calving tends to be because of the likelihood of lower birth weights

To produce milkier replacements that will wean heavier calves

To produce calves that grow and finish quicker

A bull with an EBV of -2mm is estimated to produce calves with 1mm less fat across the loin than those of a bull with a 0 EBV.

To increase the yield of lean meat in the carcass

A bull with an EBV of +6mm is estimated to produce calves with 3mm more muscle across the loin than those of a bull with a 0 EBV.

As well as the traditional genetic traits, AHDB has developed five new EBVs linked to traits that commercial farmers get paid for.

The new carcass traits are derived from abattoir data and have been developed by using more than  seven million carcass records – representing about 30% of the national slaughter population.

The project has shown that estimates for carcass are highly heritable (see table below) and therefore beneficial for inclusion in genetic evaluation programmes.

The new EBVs include:

Example: A bull with an ADCG EBV of +0.2kg will produce progeny that have a daily carcass gain 0.1kg greater than a bull with an EBV of 0.

While these EBVs can have great value, they can only be generated if farmers record the ear tag number of the sire when registering a calf with BCMS.

A new campaign from AHDB – #shoutaboutthesire – is urging farmers to ensure they are recording data to increase the accuracy of these EBVs going forward.

Heritability scores indicate the probability of a specific trait being inherited – giving farmers an accurate idea of how likely the trait is to appear in the progeny.

When it comes to using EBVs, balance is key and the entire production picture must be analysed to optimise profits, advises Seth Wareing, business manager for the Stabiliser Cattle Company.

“It’s not just about the end price – but what it took to get the animal there. Mature cow size, fertility, age at first calving, feed efficiency and growth rates are just a few of the economical traits that must be considered when selecting breeding stock.”

When these genetic traits are not balanced producers run a high risk of jeopardising herd profitability.