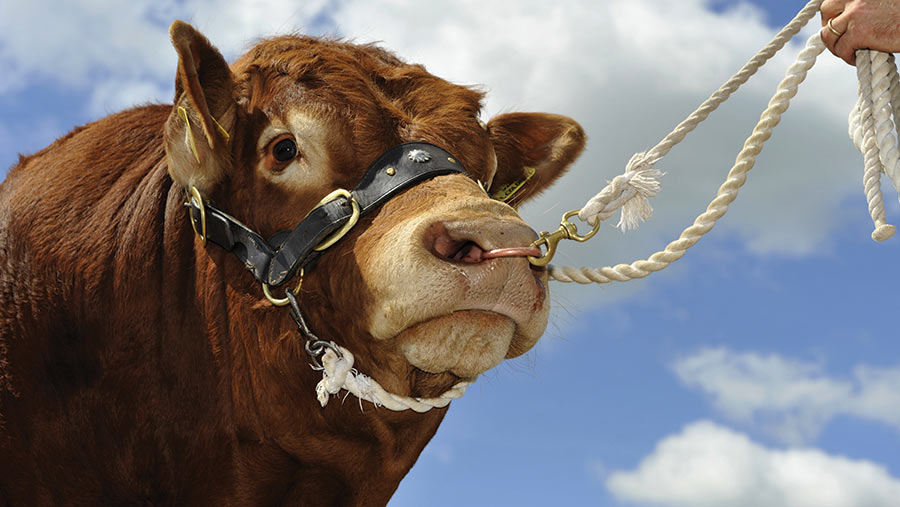 The exposure of errors relating to the registration of birth dates and parentage of cattle last year brought into question the legitimacy and accuracy of data feeding into Estimated Breeding Values (EBVs).

Some breed societies have already stepped up farm verification work since the errors came to light.

This has added to an already increasing level of scrutiny of growth rate and herd records, made possible by computerised searches and data ‘triggers’ when looking at growth data or British Cattle Movement Service (BCMS) records.

With UK livestock genetics at an interesting juncture – the national livestock data co-ordination project, the Livestock Information Programme (LIP), is currently under development – Farmers Weekly asked what the UK can learn from other corners of the livestock industry.

Commercial data has driven national cattle EBVs in Ireland since the establishment of the ICBF in 2000.

Because of cross-sector co-operation, all data from milk recorders, beef farms, breed societies, AI companies, abattoirs and national health schemes is pooled and processed by the ICBF to produce EBVs.

This co-ordinated approach is currently not possible in the UK, but once the statutory elements of LIP are in place (expected in the next year) this could then be developed in the future as the UK equivalent to the ICBF. 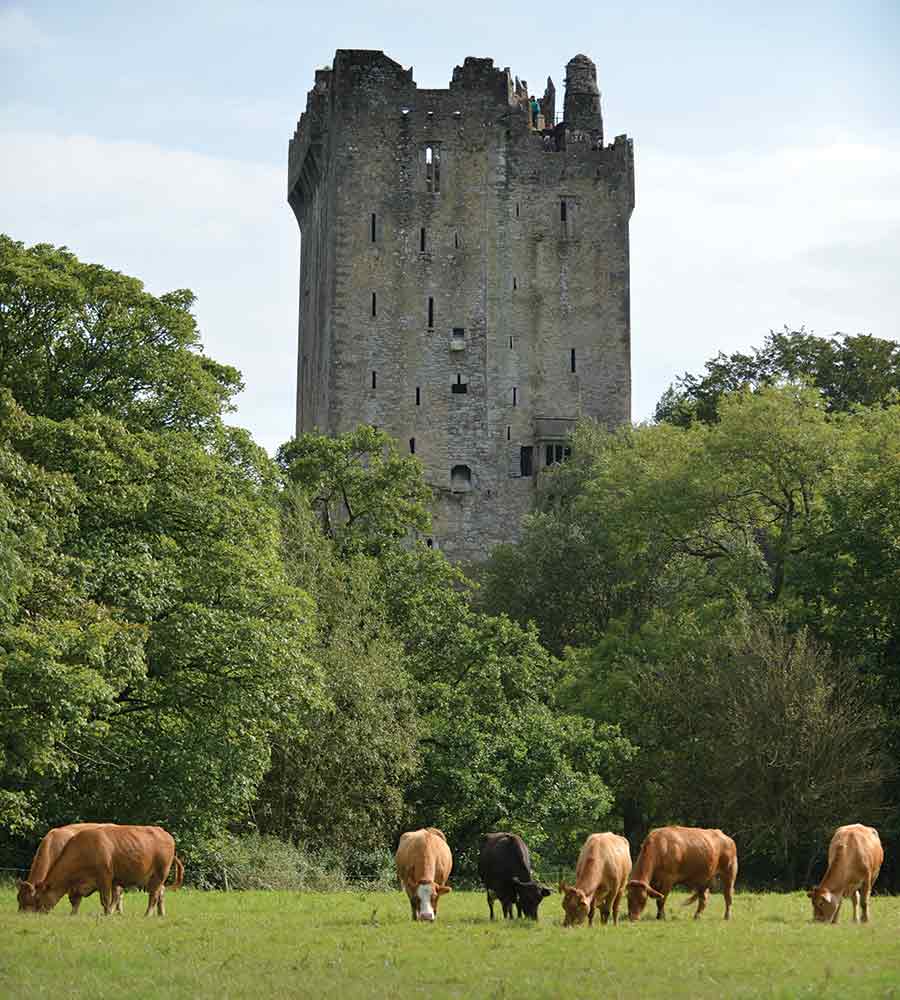 More impressive is its 7 million cattle movement records a year, which include information on animal weights, ages and prices from live marts and 2.3 million bovine viral diarrhoea (BVD) records.

Why it strengthens EBVs
The sheer amount of data coming from commercially reared progeny of pedigree stock increases the reliability of EBVs and means they can be produced on crossbreds. The data is seen as more reliable than pedigree records alone.

How could the UK change?
Change is already happening rapidly in the area. In the recent years, carcass data evaluations from commercial abattoirs has gone from the thousands to the millions.

This is due to AHDB and Hybu Cig Cymru-funded work as part of the National Beef Evaluation programme.

This followed work instigated by the British Limousin Cattle Society (BLCS) in partnership with major abattoirs and Scotland’s Rural College (SRUC), which got carcass data to be fed into EBVs.

Currently, carcass data can be used to generate the following EBVs:

Improvements can be made in EBV reliability if more farmers record the sire on passports where possible. The AHDB’s #Shoutaboutthesire campaign is trying to increase recording.

However, farmers had not recorded the sire on a total of 5.3 million animals and so couldn’t be processed to generate EBVs for bulls. If it was mandatory, uptake would have to increase.

In future, there could be scope to draw in more commercial data and records to influence EBVs within the LIP system, but the industry would have to agree to work collaboratively.

Irish cattle are rated on a five-star Euro efficiency index, similar to a washing machine or fridge.

A five-star bull is the best and one star is worst. This is in addition to a numerical index score. Bulls are star-rated for terminal and maternal traits.

Why it strengthens EBVs
The star system is easily displayed on a board at a market or in a catalogue. Numerical indexes change and are recalibrated.

How could the UK change?
Rather than having one system, the UK has several evaluation services (i.e. Signet, Breedplan, Taurus), all with slightly different ways of ranking and displaying data.

All systems work on a numerical index, which is recalibrated every few years.

A star system could be adopted by the UK in the future, although there are arguments for and against. One possibility could be a carcass trait rating to easily identify cattle that have the genetic potential to finish better.

Since 2015, Irish beef farmers have been able to enrol in the beef data and genomic programme (BDGP).

For a payment of roughly £82 a cow, farmers must:

How this strengthens EBVs
Having a direct payment has accelerated the adoption of genomics, which increases the reliability of EBVs. About 580,000 cows are enrolled into the scheme – more than half the national herd.

This means people know and trust EBVs and star ratings, and it has become part of day-to-day farming language.

How could the UK change?
UK farmers do not get a direct subsidy payment to invest in performance recording or cattle with EBVs. The prospect of this is not likely, although there could be scope for some genetic beef projects to be funded in the future.

Every animal on participating farms is weighed by independent ICBF auditors.

How this strengthens EBVs
This means cheats are caught early and it gives honest breeders a marketing tool. The WHPR stamp can be put in catalogues to testify the accuracy of figures.

Data is verified on a significant number of herds. About 12% of pedigree herds (35% of the pedigree cows) are in the scheme. This amounts to 600 registered herds of the 5,000 pedigree Irish herds.

How can the UK learn from this?
No national independent scheme exists in the UK, although different breed societies have their own formalities and ‘triggers’ to investigate herds.

A growing number of breeders are calling for such checks to be standardised.

On-farm spot checks could be carried out, but without funding and a national, independent organisation such as the ICBF, it could be difficult to run.

The ICBF runs all bull proofs and publishes all indexes and catalogues.

Why this strengthens EBVs
With everything published in one place and by one organisation, there is a consistent voice and format for displaying EBVs.

How can the UK learn from this?
A varied system operates in the UK whereby indexes and sales literature are produced by auction mart companies, breed societies, Breedplan, and Signet and Taurus.

All organisations use the bar chart format to display information, but there are differences. For example, Breedplan’s eye muscle area is a different trait measurement to Signet’s muscle depth.

A standard system would make things clearer and may be possible under the LIP. 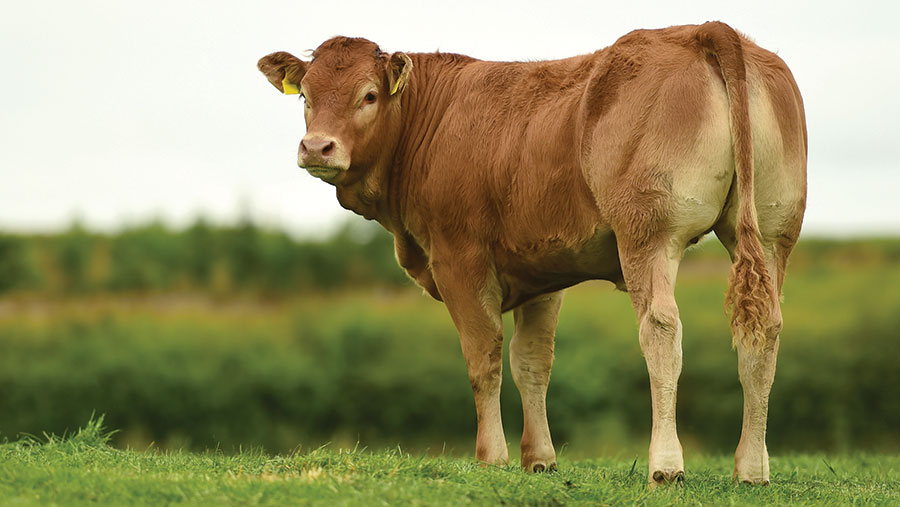 Michael Priestley, Livestock reporter
Since Limousin passport errors came to light in 2018 and it subsequently emerged that parentage of Ballinloan Jagerbomb was incorrect, it’s rocked the industry to its core.

Rightly so, the British Limousin Cattle Society has ramped up DNA tests, weighing and herd inspections, but it’s too little too late for breeders who have been hit financially.

Such activity forces them to lose interest, give up or switch breeds. It also undermines peoples’ trust in EBVs.

All breed societies need to take a hard stance to stamp out cheating. Once caught, cheating members should be kicked out of societies for good – no excuses.

We also need co-ordination from the top down. A UK version of the ICBF in which commercial data points flow into a central and independent evaluation service for all UK cattle would help produce reliable EBVs that farmers can trust.

One voice, one system and one ethos. Hopefully, the Livestock Improvement Programme can act as the keystone for such a vision.

Can recording be accurately done ‘in-house’?

Sarah Alderton reports on Innovis:
As one of the country’s leading suppliers of performance recorded, forage-reared rams, Innovis collects data from 8,400 ewes at lambing, which includes animals from 23 breeding partners across the UK.

Ensuring those records are accurate is vital so that the breeding stock they sell meets buyers’ expectations, explains Innovis geneticist Dr Janet Roden.

We find out what steps they are taking to ensure accuracy.

Recording in the Innovis nucleus flock

All ewes lamb outside and are EID-recorded. Lambing data is recorded using a Psion.

Because of the hands-off approach ewes are drifted out of dedicated lambing fields and each week ewes and lambs are marked with a specific colour, so they know the birthdate of lambs to within a week.

To minimise subjectivity from recording, Innovis has tightly defined definitions for many traits including lambing ease, lamb vigour and maternal behaviour.

All breeding partners must send their data electronically at the end of lambing, which is checked. 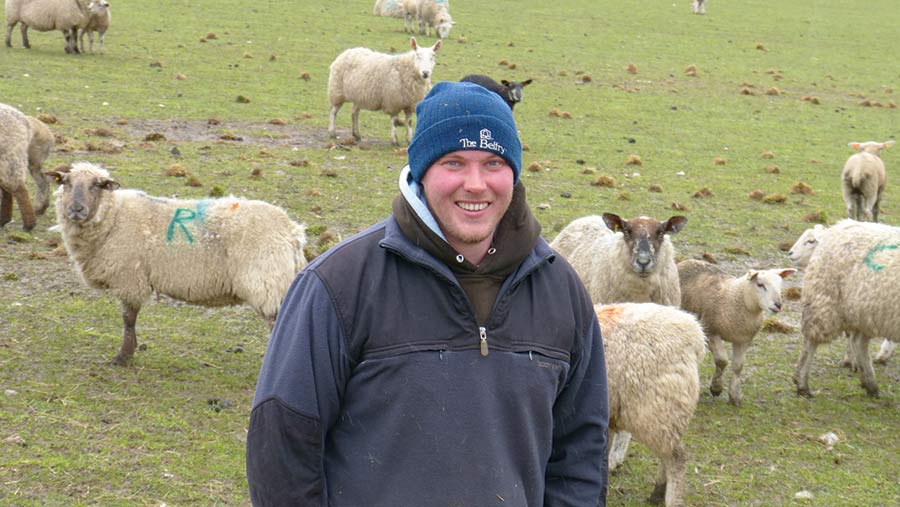 James Drummond records data as part of the Innovis system

James Drummond is a breeding partner with Innovis. His commercial grass-based system uses EID and, like all breeding partners, runs on a passion for performance recording.

He started implanting embryos into his flock in 2014 and has now implanted more than 1,800.

The farm records similar data to that collected in Wales by the Innovis nucleus flock, but the key differences include:

This information is now being used to produce a productive life EBV.

Mr Drummond says: “Data is important for carrying our flock forward, as all the data feeds into our breeding decisions. We are only cheating ourselves if we don’t collect the correct data.