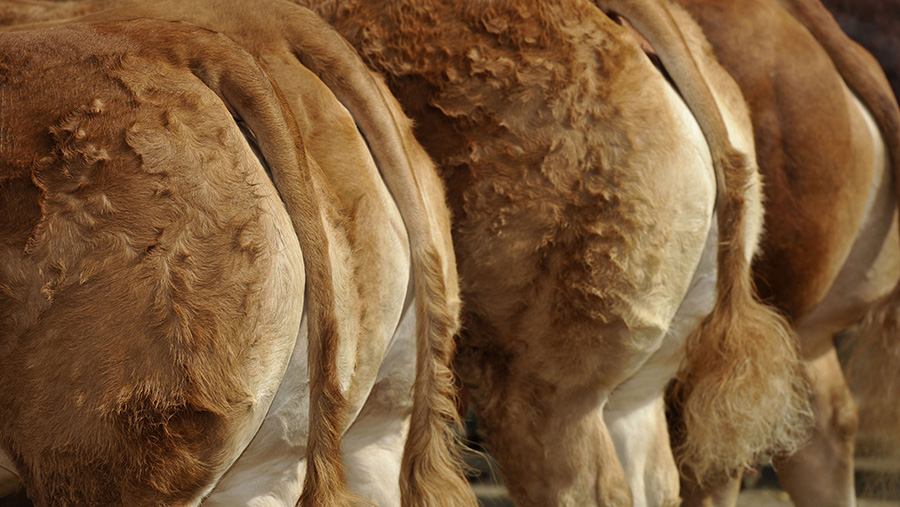 A Limousin breeder has been suspended by the British Limousin Cattle Society (BLCS) following news of a Trading Standards investigation into the importation of French semen without the correct legal documentation.

In a statement sent to its members last week, the BLCS said the investigation related to the French-born bull Jacot.

The herd at the centre of the allegations has been “suspended with immediate effect” pending further investigation, the statement confirmed.

Sources told Farmers Weekly semen from Jacot entered the UK without the necessary health certification and the semen wasn’t eligible for export.

Farmers Weekly has since been told the only herd importing Jacot semen into the UK is Lincolnshire-based Mereside.

The BLCS said no deregistrations have been sought or requested to date.

Jacot has 15 sons and daughters registered on the Limousin database Taurus. One of which is a bull called Mereside Lorenzo, which has been marketed through UK genetics company Cogent.

Lorenzo has 767 progeny already registered on Taurus in more than 200 pedigree Limousin herds and has been used prolifically by some breeders.

He confirmed Mereside Lorenzo was fully parent and pedigree verified by an independent laboratory on behalf of Cogent before entering the stud, as is their policy.

Farmers Weekly contacted the Mereside herd, but it declined to comment.

The Chartered Trading Standards Institute was also contacted, but has yet to issue a reply.

What is the law for semen importation?