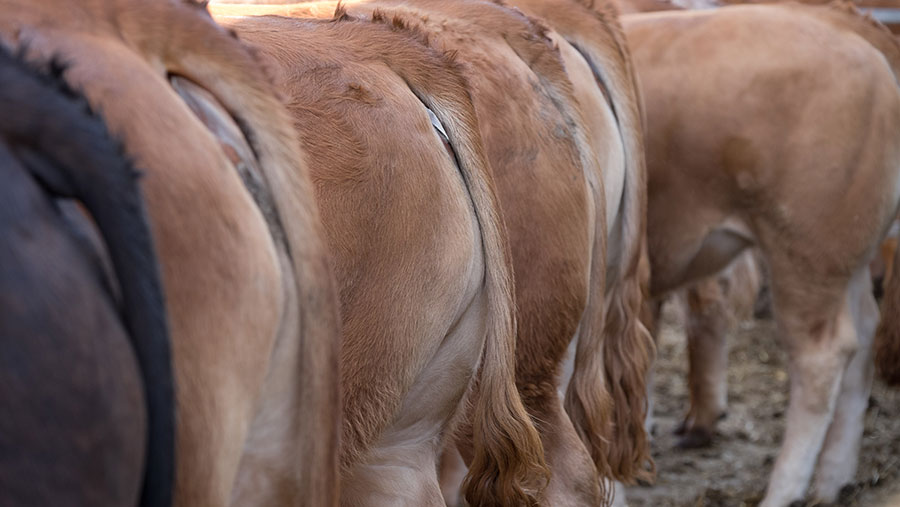 A Lincolnshire Limousin herd has had 15 animals withdrawn from the breed herdbook owing to government concerns over a batch of imported French semen.

Use of the 15 Mereside animals – which are all first-generation progeny of Jacot 36-94-005-555 – for pedigree breeding should “cease with immediate effect”, said a British Limousin Cattle Society (BLCS) statement on Tuesday (11 January).

The BLCS said it is seeking urgent clarification from Defra on the matter. Use of semen, embryos and oocytes from the 15 animals should all cease.

Former Cogent bull Mereside Lorenzo, which has 948 progeny registered on the Taurus database on more than 200 holdings, is among the withdrawn animals.

Cogent confirmed that Lorenzo was fully parent- and pedigree-verified before entering the stud.

The BLCS said its understanding was that that all existing progeny and descendants from the 15 animals will be unaffected and will remain in the herdbook, subject to meeting standard breed requirements.

But progeny from the 15 animals born on or after 22 December 2021 cannot be registered, although they can be birth-notified as normal.

Imported Jacot semen was at the centre of a Trading Standards investigation in July 2020 when sources told Farmers Weekly that it had entered the UK without the necessary health certification.

A BLCS spokesman said: “The council of management understands that this is extremely concerning for many members and is working hard in the best interests of all members.

“The society is seeking clarity on the wider situation and all members will be kept informed.”

Breeders affected by the announcement should contact the society to discuss the matter, the statement said.

Farmers Weekly contacted the Mereside herd, but has yet to receive a response.

What is the law for semen importation?