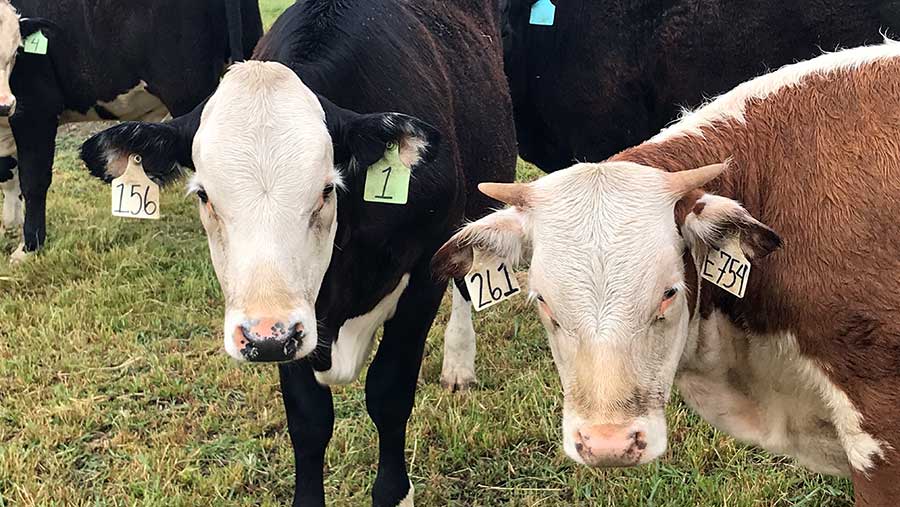 The potential to make our own legislation after leaving the EU could provide scope for gene editing of livestock to become mainstream in the UK.

Gene editing changes a precise bit of the genome to alter gene expression. This differs to genetic modification, which causes deactivation of a gene or adds genes from a difference animal/species.

It is currently illegal for both processes to be used on animals entering the food chain in the EU.

However, there are indications that the UK government could be considering changing tack post Brexit.

In his address at this year’s Oxford Farming Conference, environment secretary Michael Gove highlighted the technology as one of a number that could help drive productivity, whilst improving efficiencies and environmental sustainability

He said: “Gene editing holds out the promise of dramatically accelerating the gains we have secured through selective breeding in the past.”

Gene editing was only referenced in relation to crops. However, the fact Mr Gove is open to talking positively about the use of gene editing in farming suggests the potential opening of a door, which could lead to its use in livestock.

However, a recent FWi poll showed that the farming community is fairly split regarding its use, with 57% of voters in favour of the practice.

Various gene-editing projects are ongoing across the globe, with much of the work focusing on editing for traits that will benefit animal health and welfare, such as Porcine Reproductive and Respiratory Syndrome (PRRS) in pigs and polled genetics in dairy cows.

Earlier this year, the Roslin Institute at the University of Edinburgh – which is at the forefront of gene editing research in the UK – put out a survey to gauge consumer perception of the technology. Results will become available in the autumn.

In January, the Nuffield Council on Bioethics also began an enquiry into the potential development of gene editing in farmed animals.

Q and A on gene editing

With the apparent change in pace regarding the use of gene editing, Bruce Whitelaw, deputy director of the Roslin Institute, answers some questions about the technology:

What is the current legislation in the EU and how does it differ to elsewhere?

When it comes to gene-editing legislation, the EU is in a mess. There is conflict within the EU legal system. Some say gene editing is GM, some say it’s not. Currently, it is not possible for gene-edited animals to enter the food chain.

It is the same in the US. However, US gene-editing company Recombinetics has been working with Brazilian authorities to change legislation so that polled animals produced from gene editing in the US will not be classified as GMO when sold into Brazil.

Japan, Australia and India are also very close to coming up with legislation to say gene editing is not GM.

Is the technology already available to enable gene editing to be used widely?

The introduction of the CRISPR-CAS9 gene-editing system about 10 years ago completely revolutionised gene editing.

It’s like a pair of scissors with a clamp. The clamp can recognise single sequences in the DNA. You can design the clamp to target a specific sequence – maybe one responsible for horns – and then cut and change that sequence.

CRISPR-CAS9 has made it easier, more accessible and quicker to gene edit.

What gene editing work is being carried out by the Roslin Institute?

The Roslin Institute and Genus have been looking at PRRS in pigs. We have taken out a bit of gene called CD163 so that when the gene is active the protein produced is slightly smaller.

That protein retains its function, but prevents the PRRS virus from binding to it so prevents infection. We have tested this on 12 pigs and demonstrated that gene-edited pigs injected with the virus didn’t develop the disease.

We are also looking at gene editing for swine flu, avian flu and heat-adaption traits.

What else could you look at in future?

In poultry, coccidiosis would be a good one to go after, as well as foot and mouth disease and bovine TB. Also polled, as it’s a welfare trait.

What benefits do you think gene editing could have to British livestock farmers?

The impact on the farming community could be quite transformative. The UK is leading the research on this and the Roslin Institute is at the forefront of that charge.

It would be a shame to see such a delicate and precise technology not being allowed to benefit our farmers. Plus, not using it would put us behind other countries.

Gene editing: what is it?

How gene editing is being used in the US

Due to the low genetic merit and scarcity of polled dairy sires, breeding for hornlessness animals would slow genetic gain and has not been widely adopted – hence why gene editing is attractive.

Alison van Eenennaam of the University of California Davis (UCDavis)is working with Recombinetics to gene edit for polled animals.

Dr van Eenennaam is looking at the use of gene editing in producing all male beef cattle. The aim is to improve efficiencies for beef finishers.

A recent FWi online poll, asking people whether gene editing should be allowed in the UK, split farmers – with 59% saying it should.

We asked some livestock producers their thoughts on whether gene editing has a role to play in livestock breeding in the UK. 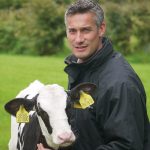 “In the future I think it has a potential role for sure – and particularly in improving animal health and welfare.

“However, I think it’s something that needs to be handled quite closely. With my farmer hat on – we’re too far removed from the consumer, we have a real challenge to connect with them.

“With the growing vegan movement – why would we want to alienate our consumers more?” 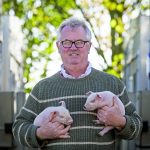 700-sow indoor closed unit, with half the progeny sold as weaned pigs and the rest to bacon weight. Also has cattle, arable and an AD plant.

“I’m certainly not anti it. The only thing that slightly worries me is, if you knock one thing on the head, what else are you knocking out? A lot of research needs to be done first.

I don’t think the public could be anti gene editing if it’s for PRRS and disease resistance, as it could benefit animal welfare. PRRS is a terrible thing.” 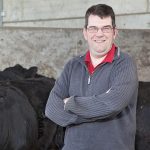 “I think potentially it does, for the simple reason – with population growth and limited land and water, agriculture will have to change.

“My number one issue is, you will need quite a shift in public opinion away from thinking it’s Frankenstein food, as any gain we get could be set back by people not buying British pork or beef.”