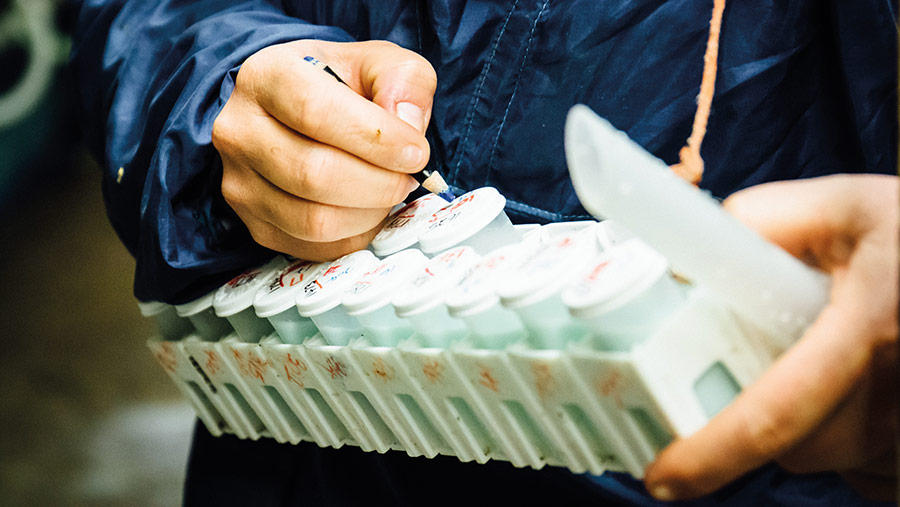 The Idexx test detects pregnancy-associated glycoproteins (PAGs) in milk. These are produced in the placenta once the pregnancy is established.

Although the test can be used from 28 days following artificial insemination (AI), a trial between National Milk Records (NMR) and Raft Solutions on six farms and involving more than 1,000 cows found the test could be best integrated with a vet-led fertility programme at 70-100 days.

A series of mini trials have been completed to further investigate how this can work in practice.

One of the farmers participating in a mini trial was Philip Halhead, who milks 290 cows at Norbreck Farm, Cockerham, near Lancaster.

The team at Norbreck Farm milk-record monthly so no extra work was required. PAG tests were completed on 103 cows across six milk recordings from August 2020 to January 2021.

Before each milk recording, cows eligible to be tested (70-110 days) post-service had their milk recording sample tested for PAG. No additional sample was required – eligible cows were nominated, and their original milk sample was simply retested.

Results were then sent back to the farm within a few days, in time for the weekly pregnancy diagnosis (PD) session with vet Roland Millar of LLM Farm Vets, who scans cows 35-42 days post-service to confirm pregnancy or look at any not seen bulling.

The trial picked up three cows that were no longer in-calf (see table below). One had already been seen bulling, a second was promptly re-served, and a third, in her fourth lactation, was culled.

For the rolling 12 months, the average price received for cull cows has been £700. Heifer rearing to the point of calving costs £1,685. So getting the one animal back in-calf would have saved £985 in replacement costs, Mr Halhead estimates.

“Those three cows may well have come on heat, but chances are they could have slipped through the system and not been noticed,” he says.

Although the farm already uses Heatime rumination collars, Mr Halhead sees the additional testing as a worthwhile investment. He believes it will help detect cows that may have slipped a calf and are exhibiting a silent heat that the collars may miss.

He says: “It seems a simple, practical way of catching those cows not in-calf. These cows could have easily slipped through the net and not been identified until calving. Then we would have wasted time [not getting her back in-calf] and she would have become a real cost if she had been dried off.

“We have had the odd cow that’s been dried off before and doesn’t calve when she’s due because she’s not in calf.” 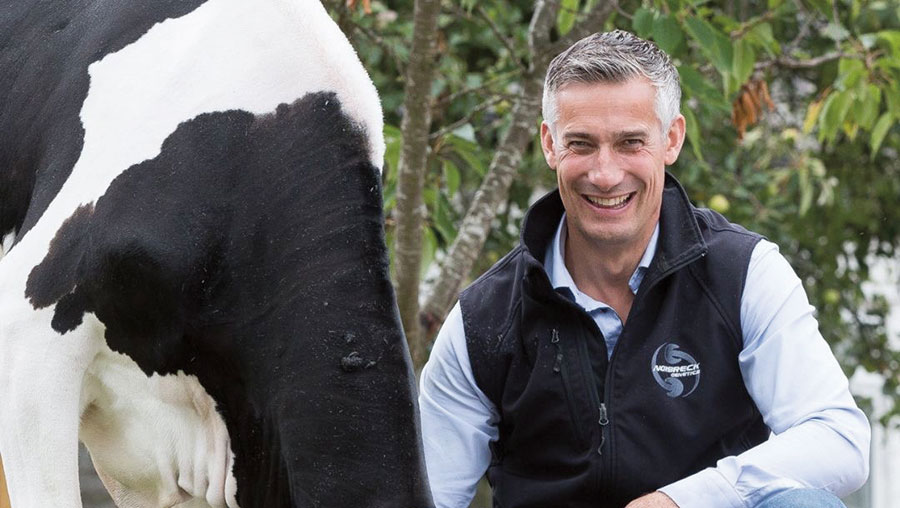 Herd manager Nick Haigh says these cows might also have been vaccinated for Rotavirus, costing £10 a cow, and received teat sealant costing about £2 a head. On top of days open estimated to cost £4.50 a head, and lost calf income, this would have been significant.

Mr Millar thinks the test could be useful when employed as a re-check, alongside the vet’s routine fertility visits.

“Although the majority of pregnancy loss in cattle occurs at less than 42 days, in high-producing dairy cattle, substantial losses can continue to occur up to 56 days after insemination,” he says.

“The test is most easily done monthly through your milk recording but would be impractical to do any more frequently than this. Also, any cows testing negative will still need to be scanned. Frequent vet fertility visits provide many other beneficial services and this test could be a useful addition if the cost can be justified.”

Although Mr Halhead doesn’t see it as a replacement for the vet, he plans to continue to use it going forward to pick up any abortions.

About the Idexx test

Cows start releasing PAGs 21 days post-service and levels keep rising throughout gestation, as long as the pregnancy is held. There are 22 known PAGs and the test picks up six of these which are identified at various stages of gestation.

The test measures the nanograms of PAG present in the milk sample and provides the following results:

“The trial is accurate from 28 days after AI all the way through gestation, but it is up to the farmer and their breeding consultant or vet as to how it is used,” says Rachel Fawkes, Idexx area sales manager for the UK and Ireland.

Typically, cows get served 42 days post-calving. Sexed semen is used on heifers and only the top 10% of cows. All other cows are served to beef.

Phil Halhead owns Norbreck Genetics, specialising in providing beef genetics to dairy farmers. Recently he has been carrying out more embryo work on the farm to fast-track the herd’s genetic gain.

He owns several high-genetic-merit animals at Sandy-Valley Farms in Wisconsin, USA. These are regularly flushed and the embryos shipped to the UK where they are implanted into animals in the Norbreck herd.