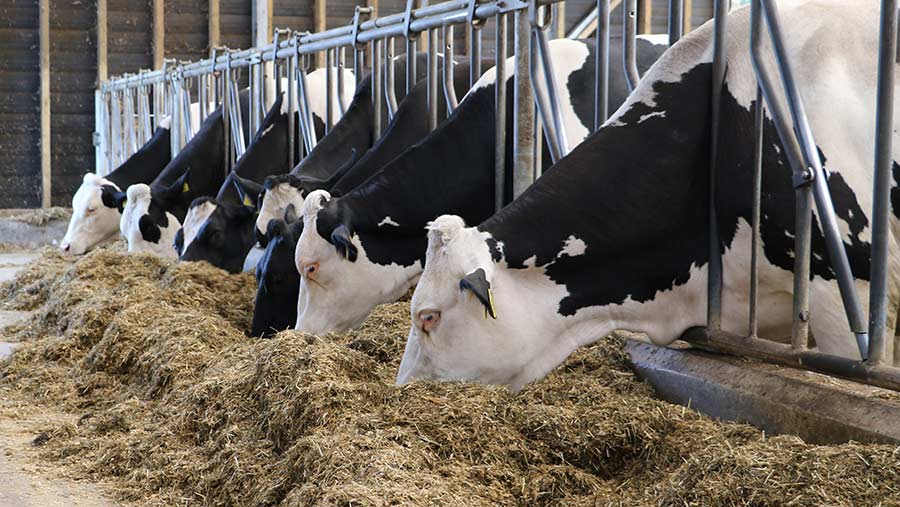 A genetic index of dairy cross-breed cattle has been launched to help improve performance in commercial herds.

The ProCross Ranking (PCR) is similar to the Profitable Lifetime Index (£PLI) and covers  three breeds – Holstein, Montbeliarde and VikingRed.

The breeds are the basis of the existing ProCross breeding programme run jointly by Coopex Montbeliarde and VikingGenetics.

See also: Benefits of cross-breeding dairy and is it right for you?

The company claimed farmers who used the breeding programme targeted more commercial traits rather than improving the characteristics of a breed.

Stéphane Fitamant, ProCross managing director, said this approach had guided the formulae behind the new ranking, which emphasised:

How the ranking works

The PCR is therefore adjusted to fulfil these requirements with a weighting of 45% production and 55% non-production traits.

There are also two versions of the ranking to reflect a divergence of needs between suppliers on liquid contracts and others who need high solids for manufacturing contracts.

One is for liquid (PCRL) and the other is for contracts with an emphasis on solids (PCRS).

And the system recognises the strengths and weaknesses among the three breeds.

“The formula for PCR has been carefully tailored to build on the strengths and diminish any weaknesses within each breed,” said Mr Fitamant.

“For example, there’s a penalty for too much stature in the Holstein, and too much and too little in the VikingRed,” he said.

For the two red breeds, there is an added bonus for udder conformation, while there is extra weighting for bulls with good temperament in the Montbeliarde.

Like most countries’ national breeding indexes, it is expressed for each breed, so one breed’s PCR cannot be compared with another, Mr Fitamant pointed out.