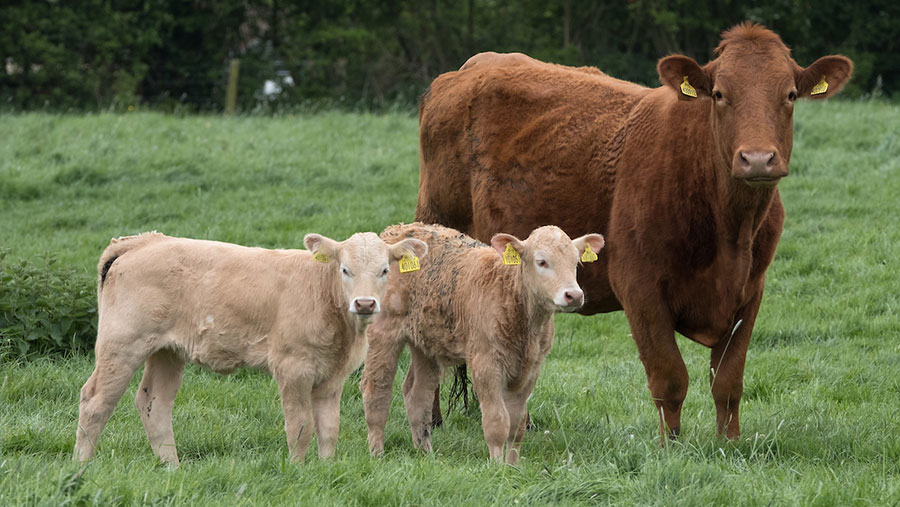 This figure has fluctuated in recent years but is up 12 days compared with 2018.

The figures compare badly against industry targets for both, first calving – 24 months (730 days) – and calving interval at 365 days.

HCC pointed out that reducing intervals, and therefore increasing the number of calves each dam produces in her lifetime, was key to business profit.

The body is now working with a group of farmers to help them improve their herd fertility, including lowering calving intervals, in an initiative called Stoc+.

The project leader Rebekah Stuart explained that breeding and fertility were among the most important aspects of running an efficient suckler system.

“Poor herd fertility can have a major impact on farm output and income.

“It’s important to have a defined calving period, and setting clear objectives in terms of calving intervals,” Dr Stuart said.

“There remains scope for improvement in Wales.

“Producers should strive for a shorter calving interval period in order to improve their beef herd efficiency and therefore increase their likelihood of improved profitability.

”HCC highlighted the case of one Pembrokeshire estate that has achieved a much lower calving interval.”

Hean Castle Estate has a herd of 90 pedigree Hereford cattle with a target of increasing to 130 breeding females, split between spring- and autumn-calving periods.

Head stockman David Burnhill said: “At the moment, the herd’s calving interval is 369 days per animal.

“Heifer management in the spring is quite straightforward as they are selected from the previous year’s calves, selecting the more ‘well-grown’, judging both by eye and weight.”

These heifers are then synchronised and served for easy calving.

The second group of females are allowed to graze and grow and are then served during the winter period to calve in the autumn.

Prior to serving, the management of the prospective autumn-calving heifers with regard to feeding and health treatments becomes quite focused.

“Routine vaccinations and dosing need to be planned and implemented in advance and feeding to be introduced on a rising plane, with a target maximum conception rates possible for both groups,” Mr Burnhill said.