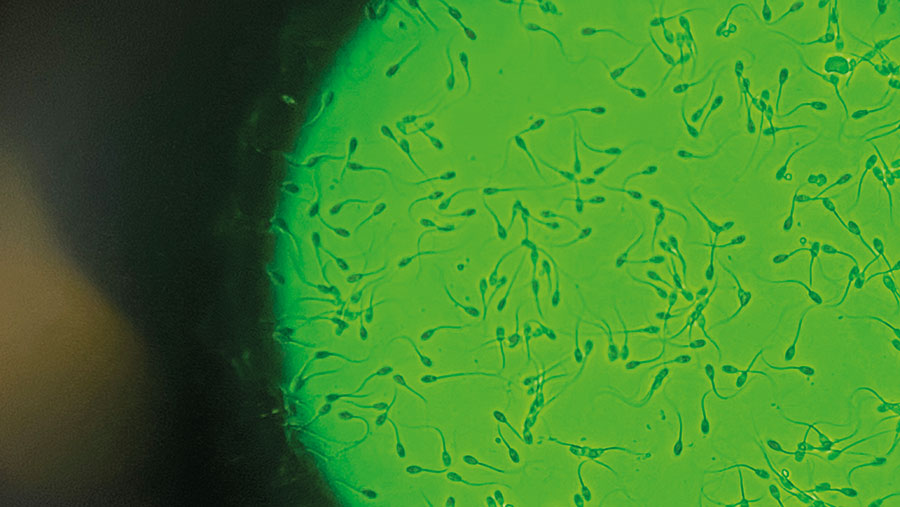 Whilst sexing sheep semen was initially carried out 30 years ago, limited commercial trials have since been carried out and commercialisation has been slow, unlike sexed semen in cattle which now accounts for one in three bovine artificial inseminations (AI) in UK herds.

Using sexed semen can help farmers increase the rate of genetic gain by increasing the percentage of females or males born and, subsequently, improving flock efficiency and profitability.

Farmers have the choice of 2M, a low dose of two million sperm cells/ml for commercial AI, or SexedULTRA 4M semen, which contains twice the concentration of 2M, and can be used either within pedigree flocks using embryo transfer (ET) as part of their regular breeding programmes or to enable the use of frozen SexedULTRA 4M semen in normal AIs.

The semen can be processed either way – an X sort for female and a Y sort for males.

They were inseminated with low density, 2M fresh semen and achieved a 77% conception rate, 199% scanning percentage and 97% of female lambs born.

The females were destined as replacements and enabled the farmers to largely remove lower-value male lambs.