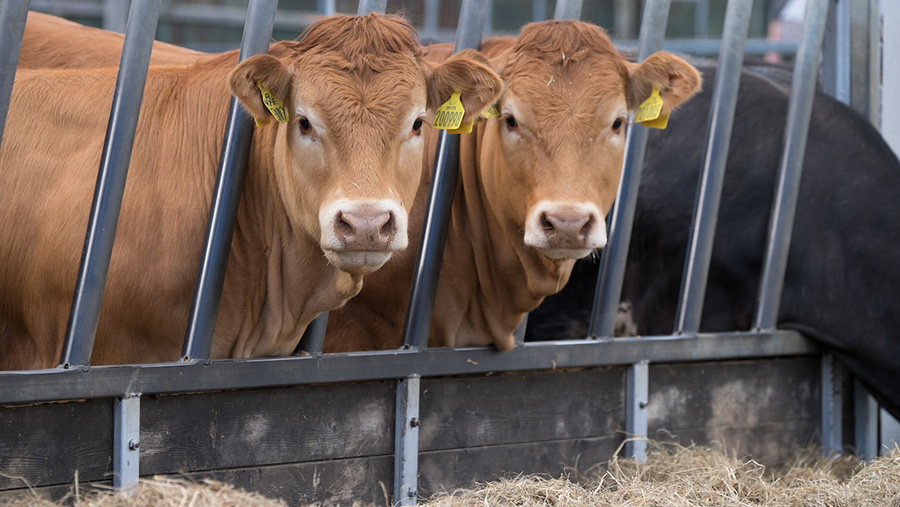 Setting strict targets for daily liveweight gains and getting rid of animals that are not hitting the grade is helping beef finisher Meilir Jones keep a tight rein on costs and maximise profit margins, delegates at the British Cattle Breeders Conference, Telford, were told.

“The frightening thing about these figures is not actually knowing I’m making it, but knowing I might be losing it as well.”

Improved beef prices and scrutinising individual animal performance means he is now making £100 profit an animal – one of his business founding aims.

Cattle are bought from market as stores and are intensively finished on a TMR. To cover feed costs Mr Jones says animals must achieve a minimum 1.1kg daily liveweight gain. 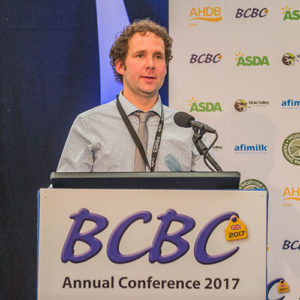 Routinely weighing animals every 20 days means Mr Jones can detect poorer performers and cull them from the herd before they start losing money. In recent years, this has helped lift his average herd daily liveweight gain to 1.3kg.

“Those not doing 1.1kg are sold early or as barren,” Mr Jones says.

Cattle are sold deadweight and are finished at 27 months of age, averaging 365kg deadweight, with kill-out at 54%.

However, in the future Mr Jones believes the whole industry can lift profitability further by finishing animals faster – by 16-18 months. He is undertaking trials with the aim of reducing days to slaughter.

He has worked out that lifting animal growth rates throughout the whole supply chain would allow the industry to reduce total days on farm from 810 to 480.

Animals he finishes are averaging 0.71kg daily liveweight gain from birth, but by stepping this up to 1.2kg, he is confident animals could be finished by 17-18 months and is sourcing a select number of calves direct from farm to test his theory (see box below to find out how increasing daily liveweight gain would help).

Animal weighs 50kg at birth and achieves 1.2kg daily liveweight gain throughout their lifetime to allow the beast to be sold at 16 months (480 days) weighing 626kg liveweight (350kg deadweight).

In comparison, if the same animal only gains 0.71kg/day, yet weighs the same at birth (50kg), it will take this beast 810 days to reach the same slaughter weight of 626kg liveweight (350kg deadweight).

“Animals should reach target weight much younger. If the beef industry is going to develop, we should be achieving 1.2kg daily,” Mr Jones says.

He believes knowing the sire of animals is also fundamental if the beef industry wants to reduce days to slaughter and increase throughput.

According to Mr Jones, the fact it isn’t already obligatory for breeders to record sire names on passports is a real bugbear of his.

“I can’t understand why our industry hasn’t got sires on passports – that is a must for the industry.

“[If you did] you would be able to see a pattern of the best sires within breeds,” he explains.