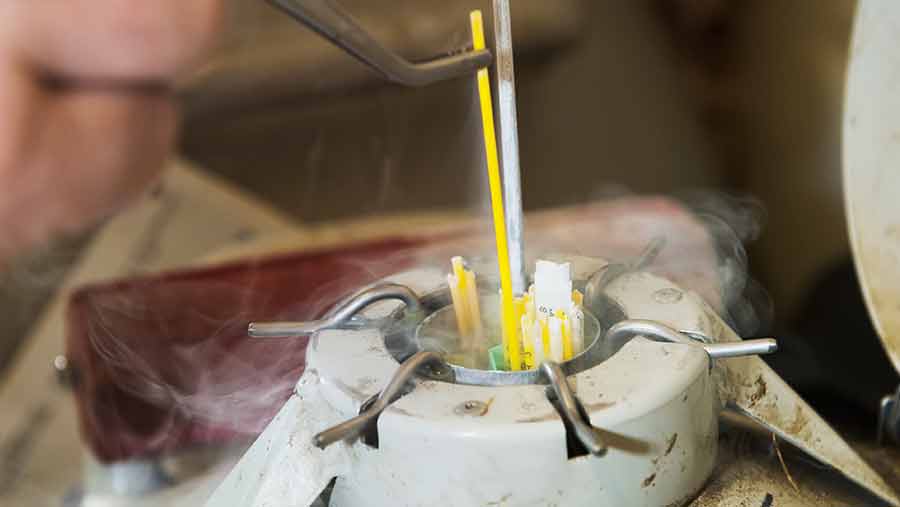 US bull semen fertility data used routinely in American to aid breeding decisions has been made available to British farmers.

SCRs, which are calculated by the US Council on Dairy Cattle Breeding (CDCB) and published for the American AI industry three times a year, are an indication of a bull’s semen fertility.

The SCR average for each breed is zero, and values are expressed as either plus or minus the average.

In the UK herd, each percentage point is worth £2 to the farmer per semen dose, says World Wide Sires.

“Between the highest and lowest ranking sires in the population there may be a difference of up to 12% in conception rate which combined with the estimated value of £2 per point underlines the significant of considering SCRs as part of sire selection,” says Mark Evington, general manager at World Wide Sires.

The SCR evaluation model takes into account factors including:

The model uses data on more than 57 million breedings, collected from across the US.

Ole Meland, former chair of the CSCB, says the size of the database contributes to the precision of the model.

“The December 2015 SCR lists were calculated using over 18 million breedings from over five million cows, only data collected within 48 months of the inseminations being included. To keep SCRs current, the last 24 months of data receives more weighting in the calculations than those from 25-48 months earlier,” he says.