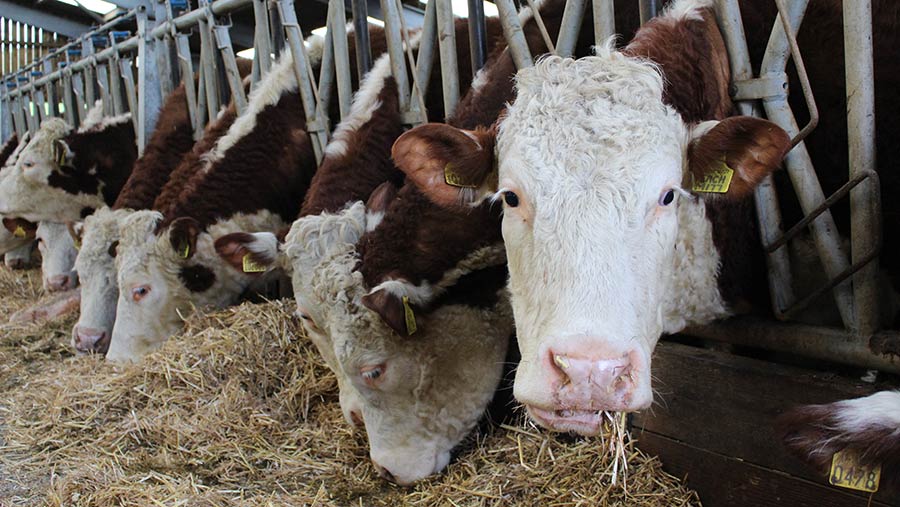 The feed wagon coming into the yard each month has been the main driver for renowned Limousin  breeders David and Maggie Kelly to completely change their breeding policy.

The pair are now focussing on a new breed, EBVs and low costs of production.

The Netherhall herd, run by the Kelly family and Patrick Booth at Mansergh, Kirkby Lonsdale, Cumbria, established its name as a top Limousin herd selling bulls to Carlisle for up to 20,000gns. However, six years ago, after a holiday to New Zealand and a visit to Haldon Station, which runs 700 extensively managed Hereford cattle, the couple started to rethink their herd policy.

Mr Kelly says: “We liked the ideas at Haldon Station as they were all about EBVs, stocking cattle hard, easy calving, good growth but off grass.”

Mrs Kelly explains: “We grow a lot of grass in Cumbria and were not making any money from the Limmys as we were having to feed them hard and they weren’t ready to calve until they were three.

“So we felt if we could keep more cows on the same acreage, calve at two, and feed them cheaply then that was the way we were going to increase our profits.”

Their aim now is to be a pedigree Hereford herd selling bulls and females to commercial beef and dairy farmers and finishing non-breeding stock off grass.

The Kellys bought 45 autumn-calving breeding females from John Douglas of the Ervie herd, Stranraer, in 2014.

The Ervie herd operates a line breeding programme (L1) and, like Netherhall, they are performance recorded. The females are horned, feminine cows with a lot of dairy quality and are bred for easy calving, good growth and good carcass quality with adequate muscle.

They also bought a pure L1 bull from Mr Douglas. At the same time, the Kellys imported embryos from Holden Herefords in Montana as well as embryos and semen from the Wirruna herd in New South Wales to speed up genetic gain. 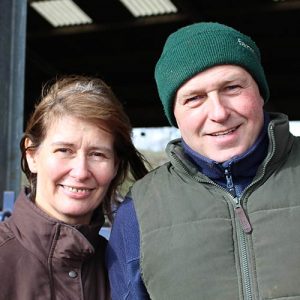 “[At Haldon Station] they told us some of the best Hereford genetics were also in Australia, so we started doing our research and came across the Wirruna polled Hereford herd,” Mr Kelly says.

The cattle are also bred to cope with high stocking rates.

“The Wirruna herd is polled and we feel this will become more important in the future from a health and safety perspective.

You also get hybrid vigour when you put a polled on to an L1,” Mr Kelly says.

After six years the Kellys have about 200 breeding females with the aim of getting to 300 by next year. They have reduced the number of Limousin cows from 150 to 20 and may phase them out completely.

EBVs have been crucial to helping build a strong genetic base for the Netherhall herd. They have been selecting for:

All the Hereford females are spring calving and are put in calf to Hereford either by AI or natural service. Some of the top females have also been flushed and embryos implanted into recipient cows.

Nearly all the females are being retained until they reach their optimum size of 300 head.

There are six stock bulls on the farm and they use semen imported from the Wirruna herd.

Two Netherhall bulls are in the Cogent catalogue and another one has just gone to join them. The Kellys are not breeding for any one trait, but instead want a balanced animal that will perform in commercial beef and dairy situations. 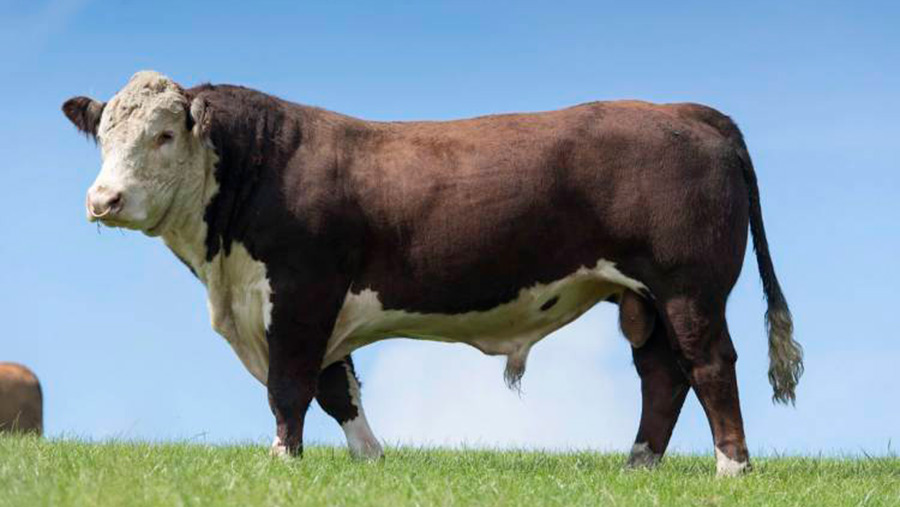 For example, one of the bulls they bought last year, Wirruna Lennon, has outstanding muscle development and conformation with an eye muscle area EBV of +7.9, ranking him in the top 1% of the Australian breed.

Lennon carries all the carcass and production traits plus 200, 400 and 600 days weights in the top 10% of the Australian breed. He has an average calving figure of +2.6 and carries an IMF of +1.4, providing both carcass yield and carcass quality.

Netherhall 1 Oz Daffy M022 is another stock bull who has been bred to produce easy-calving cattle that grow quickly and yield well.

He carries a calving ease direct of +5.2 and birth weight of +0.8. Both terminal and self replacing indexes are in the top 5% and he has an eye muscle area value of +3.8.

All cattle are housed in winter in cubicles on mattresses and fed silage and straw, and are turned out in the spring. Because diets are limited during the winter, cattle grow significantly when they are turned out due to compensatory growth.

Calves are weaned in November and are fed 2kg of concentrates a day for 4-6 weeks and then receive ad-lib silage. Any not meeting the grade are finished off grass as bullocks to Dunbia for the Co-op at 18 months, where they receive a premium.

However, Mr Kelly believes calves can probably be weaned straight on to grass silage without any concentrates.

“We have 365ha of permanent grassland and the Herefords are really good grazers, so we don’t have to stuff them with feed. Because they are so docile, they are never under a lot of pressure so we can stock them harder on the grass,” he says.

“If we can keep more cows on the same acreage and keep them cheaper then that’s more profit.”

The Kellys are currently costing their business with Promar to work out a cost of production figure for the farm.

They conducted a small trial to see how far they could push the breed.

“This shows that if you want to push them with feed they will compete with the continentals. However, our secret is to increase output per hectare by finishing off grass.”

Dairy farmers are one of the main markets for the Netherhall stock bulls due to their shorter gestation length, easy calving and premium for Hereford-sired calves.

Mrs Kelly says if a dairy cow in calf with a Netherhall Hereford has a shorter gestation length, this is valuable in milk sales to the dairy farmer. Example numbers show:

“That means a stock bull can pay for itself in one hit by increasing the number of days in milk due to a shorter gestation length,” she says.

In November 2018 their daughter Harriet set up a calf rearing unit nearby, rearing and finishing Hereford sired calves sourced from three or four local dairy farms. Calves are weighed every month to see how they are performing, and everything is costed.

Mr Kelly says: “This will allow us to see exactly how our genetics are performing and it will prove what our genetics can do on a dairy cow. They will be finished at 20 months off grass to the Co-op.”