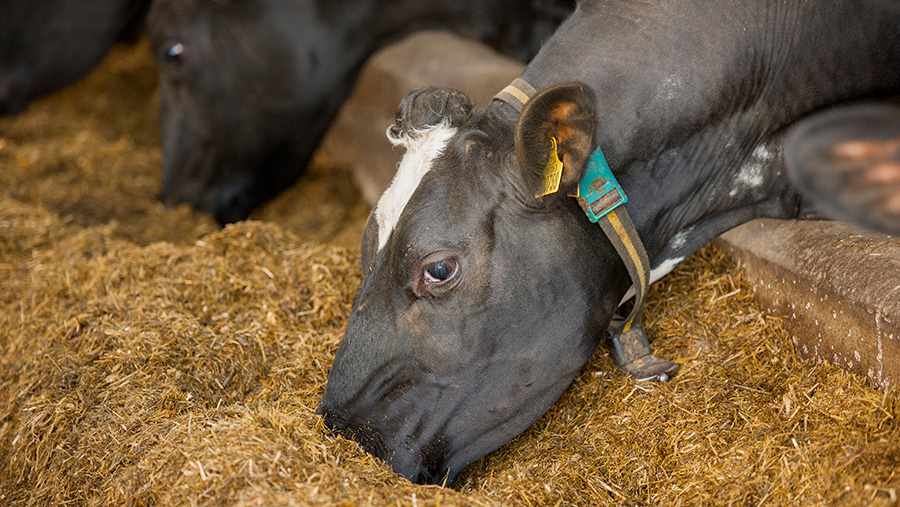 A new way of measuring energy levels in silage could change how dairy farms look at ration balancing this winter, according to the company that came up with it.

It is gauged by analysing the nutrients formed when broken and absorbed in the digestive passage.

This is a subtle difference when compared to ME, which is a measurement of the gross input of energy before digestion, he added.

Mr Goatman said because DyNE accounts for how the silage is used inside the cow, it is a better yardstick than ME, which “doesn’t tell the whole picture”.

Using this year’s analysis as an example, he said, on average, first cuts would drop in ME (by 0.2MJ/kg DM) but actually increase in DyNE (by 0.3MJ/kg DM).

“The clamps analysed averaged 10.8MJ/kg DM this year, compared with 11MJ in 2015, which on the year could mean a potential reduction in milk yield of 0.3 litres a day.

“However, in DyNE terms, these same first cuts may actually perform better than basic numbers first indicate, supporting the production of one extra litre of milk,” explained Mr Goatman.