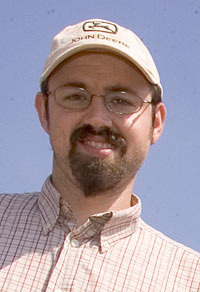 A couple of months have passed by and we’re still negotiating the farm near the River Danube; the stress of these negotiations has been high to say the least.

At one point everything was great, all there was left to do was sign the contracts and pay the deposit. Then in the final hour a second party arrived on the scene and placed a similar offer, only slightly better than ours.

This offer has put us on the run and in a place we did not want to be. I feel upset and betrayed by the people we were doing the deal with. Our part was said and hands were shaken; this to me should have consolidated the deal.

Call me old-fashioned, but a man’s word is his bond and one should stick to it with honour and pride.

The game is not over yet though. We are rethinking our strategy and are trying to go in at a different angle. I still hope we can farm the totality of the 3800 acres and push cow numbers to 1200 cows?

The wheat harvest here in Hungary has been better than everyone expected after the dry spring. On average yields were 4.9t/ha, barley was about 4.5t/ha, maize silage 40t/ha and grain maize is looking like it should be about 9t/ha.

The two biggest problems are the price being offered for the grain (wheat at £82/t maize grain at £88/t) and the milk price, currently at 18p/litre. This is a big change from eight months ago when milk was hovering about the 33p/litre mark.

Every dairy farmer openly shows their discontent. The general consensus is in order to expand, plan and keep the bank manager happy, we need a stable market.