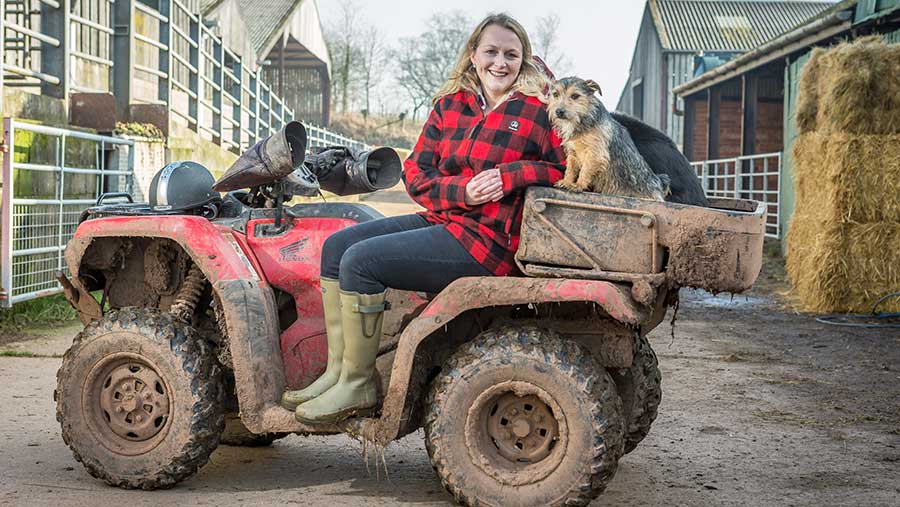 As a young farming couple, we are often looking at opportunities to expand and diversify the business and see the importance of spreading our risk, particularly with the imminent threat of Brexit.

Over the past nine years we have built our flock up to 1,250 ewes. Originally our flock consisted of Texel-cross Mules but we are now moving over to Romney ewes.

We put these to an Aberfield tup, retaining replacements and creating a flock that lends itself to outdoor lambing and forage-based systems.

We see this as the best option in order for the business to keep pushing forward while keeping costs to a minimum.

See also: The options for getting into pig farming

Preparations are under way to convert an existing outbuilding into a bed & breakfast pig unit, housing 2,000 pigs annually.

The pigs will coincide well with our existing enterprises, utilising shed space without inhibiting sheep and cattle numbers and the muck will be valuable.

This has been in the pipeline for a while now so we are excited to finally see some piglets arrive soon and no doubt I will be providing further commentary on these in the upcoming months.

The Texel-cross ewes are still lambed indoors. They are now in the shed and have started lambing this week.

Last year was testing, to say the least, with mother nature deciding to curse us with the largest amount of snowfall and high winds we have seen and unfortunately it meant we suffered higher-than-average lamb losses. This hurt emotionally and financially.

The weather really can be your best friend or your worst enemy when lambing outdoors and we are hopeful we will be reaching for the factor 50 rather than the thermals this year.

On the subject of weather, we had hoped for an early turnout this spring due to the lack of fodder on farm. Youngstock from our beef and store enterprises were to be turned on to some of the short-term leys in order to help ease the workload as lambing gets going.

However, it appears the current 50mph winds and heavy hailstorms have other ideas for us.