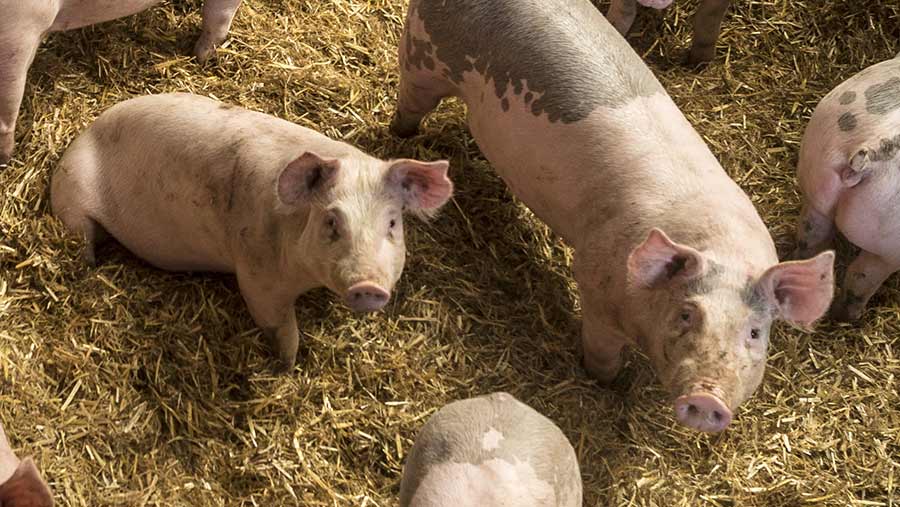 The Welsh government and the European Union are investing £1.29m to support and develop the pig sector in Wales.

With Wales only 5% self-sufficient in pigmeat the government believes opportunities exist in the sector, by establishing pig production as a core enterprise or a secondary diversification.

Menter Moch Cymru, in conjunction with Farming Connect, hosted a series of meetings in Wales to help farmers consider the options.

Simon Davies of Meadow Quality and Anglesey pig farmer Paul Barcroft-Jones were on hand to share their first-hand knowledge of the sector and provide some top tips.

Tip 1 – Find a market before you invest

Historically farmers have been guilty of investing in infrastructure before securing a market, but having a buyer in place first is vital, especially in regions remote from large processors such as Wales. In 1990 there were 500 abattoirs in the UK registered to handle pigs but that has since fallen to about 100.

Ring around to find your market

A market could be a trading group or a butcher or restaurant, for example.

Mr Barcroft-Jones says April, May and June are the best months to start a new unit because demand for pigmeat is higher. “You are more likely to find a market in those months,’’ he says. 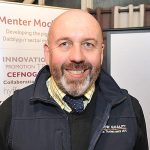 There is a growing market for outdoor-born pigs – Freedom Food pigs capture a premium of 15-20p/kg.

Work out what will suit your farm

Once completed later this year, the new unit will free up time to concentrate on his sows. “I might be able to gain one more pig a year from every sow, getting more pigs through the system,’’ he says. 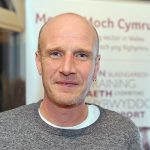 Sows in top-performing outdoor-born systems produce an average of 27.48 weaned pigs/year compared with 31.67 for indoor sows.

Feed conversion efficiency (FCE) of pigs on straw is less than in climate-controlled units and their feed requirement is higher.

Mr Barcroft-Jones says his biggest cost is feed and his FCE target is to produce 1kg of liveweight from 2kg of feed.

Tip 3 – Go for the system that delivers optimum efficiencies

Costs are reduced if pigs are at the same stage of production because all journeys to and from the farm are minimised.

“If you are producing 220 pigs for bacon and have to trail to many outlets because they are at different stages of production it is going to add to cost,’’ says Mr Davies.

“Don’t sell 10 trailer loads on 10 different days. Think about an all-in all-out policy when you are not near a reasonably sized plant, not buying and selling a few around the place.’’

“A feed supplier wants to deliver a reasonably full load of a reasonably consistent diet and for that they could offer a better price,” Mr Davies says.

“You will add cost to the system if you have 40 or 50 pigs at different sizes on different diets as possibly more bagged feed will be needed. It also makes management more difficult.’’

And from a biosecurity point of view the fewer lorry movements the better.

It has never been easier to source from one supplier, Mr Davies adds. “Producers are scaling up and are batch farrowing so they have bigger groups of animals which they are moving every three weeks.’’

Encourage contact between your farm vet and the supplier’s vet, Mr Davies advises.

“Direct dialogue between the two vets is crucial. Your buyer will expect that and it makes good business sense.’’ 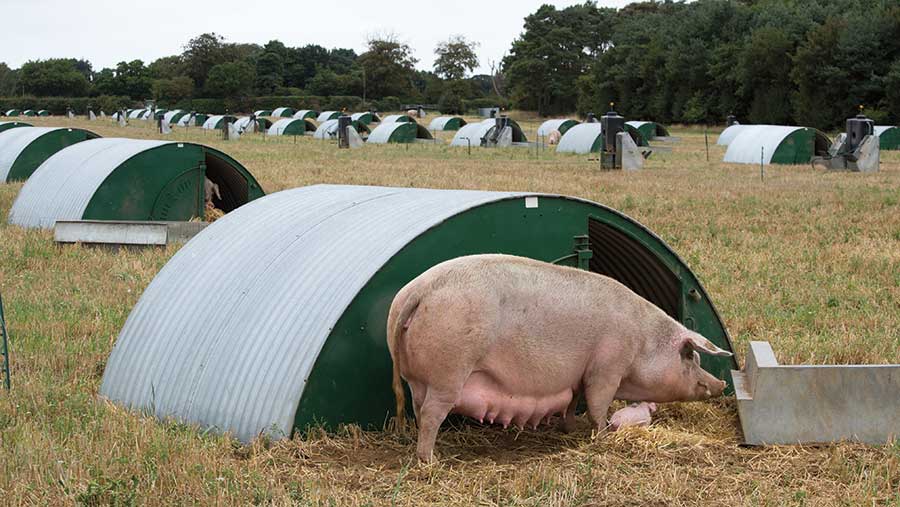 Buy from suppliers with a herd health status

“If you are starting from scratch you must be careful what you are bringing in in terms of disease,’’ says Mr Barcroft-Jones, who buys all his progeny as maiden gilts from the genetics company Rattlerow.

When the herd is healthy fewer vaccines are needed and, as a consequence, production costs are lower, he says.

Tip 5 – Work out your cost of production (COP)

Average COP across all indoor and outdoor systems is currently around 143p-145p/kg.

The top-performing indoor unit can achieve a COP in the high 130s and outdoors in the mid- to high 140s, says Mr Davies.

“Outdoor pig producers need a premium of 15p-20p/kg because of that higher COP but all producers need to see a fair return for stock and businesses to thrive,’’ he says.

Deciding on which finishing route to take will depend on farm suitability and what contracts are available. Not all suppliers have the facilities to rear pigs from 7-30kg, so it would depend on the supply systems available around the farm.

Providing bed and breakfast accommodation for a third party

This arrangement involves the producer supplying and insuring the pigs, with the contract farmer providing the accommodation, labour, water and bedding. Recompense varies depending on agreements with producers.

Expect higher rates for Freedom Foods-certified pigs to reflect the lower stocking density but this could be absorbed by the cost of greater straw usage and other enhancements. Freedom Foods rearers would typically be paid “a couple of pennies per kg more”, Mr Davies says.

The rearer buys pigs from a producer or “integrator” at an agreed price and sells back to that supplier, also at a fixed price.

Mr Davies says this arrangement is becoming more commonplace as the pig industry becomes increasingly integrated, but also because risk is shared between two parties; all profits and losses associated with the rearing period.

This agreement puts the rearing farmer in a strong negotiating position on price because if a price cannot be agreed, they may not take the crop.

The initiative, funded by the Welsh Government Rural Communities – Rural Development Programme 2014-20, is working with Farming Connect to provide information sessions and to signpost farmers.

For follow-on sessions such as advice on housing, Menter Moch Cymru can arrange and fund training sessions. Contact Menter Moch Cymru by emailing mentermochcymru@menterabusnes.co.uk or telephoning 01970 636285

For farmers who want to take the next step, 80 per cent-subsidised business plans are available through the Farming Connect Advisory Service.