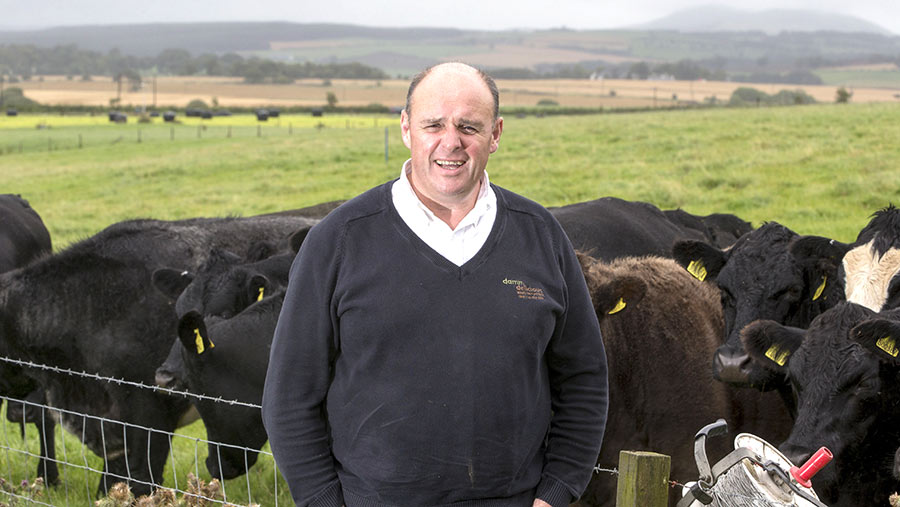 Grass is in abundance. I have lots of cattle just about finished off grass, but prices are terrible.

This is the time of year when we sell off the surplus that will not be sold in the shop – it’s our “harvest”.

But, unlike our arable counterparts, we cannot put our beef in a shed and wait for the price to rise. When they are ready, they have to be sold.

I have heard just about every excuse why the beef price is in the doldrums; vegans, vegetarians, Brexit, too much dairy beef and Irish imports.

Observing our shop floor and talking to other retailers and suppliers, I am convinced it is down to people eating less meat.

Consumers have been convinced that this approach is healthier, both for themselves and the planet. Apparently, climate change is nothing to do with cars, planes and industry.

Prices won’t be helped by the incredible news that Europe has done a deal to import 90,000t of beef from the Mercosur countries so that they can export more cars in the other direction.

Does anyone else see the irony of doing a deal which could mean the destruction of more rainforest to produce more beef to send to Europe while Europe offers land owners grants to plant prime agricultural land with trees?

A friend has been telling me French people are so proud of French produce. I remember being in New Zealand and they are the same.

Both countries take great pride in their produce and the people will always opt for it because they believe it is better. Where is the pride in anything British?

Maybe there will be an upside to Brexit. Apparently, government intervention to promote ‘Buy British’ would contravene EU laws.

Member states are not allowed to advertise domestic goods. The French and Irish governments have already fallen foul of this in the past.

Post-Brexit our government will presumably be able to intervene and promote “Buy British” if it wants.

Last year, during the drought, there was a lot concern for farmers’ mental health. I’m sure there must be a lot of beef farmers really struggling at the moment.