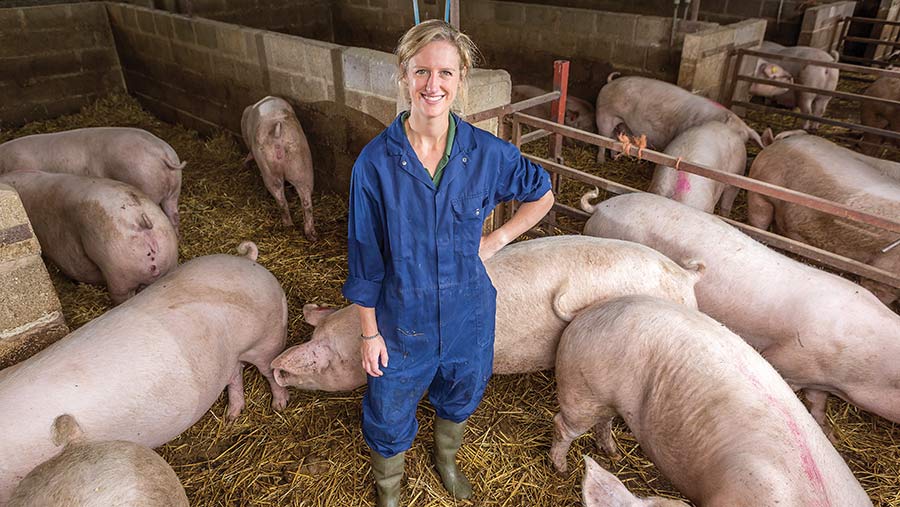 I can’t believe it’s December already. This year has been a whirlwind and there doesn’t seem to be any let-up.

The Covid-19 pandemic continues to cause problems; in fact, more so than during the first lockdown, what with increased testing and track and trace.

Throughout November, when pig growth is usually excellent, the market has struggled with factory closures, last-minute cancellations and large plants operating at as little as 30% of their normal weekly capacity due to lack of staff.

This is causing a backlog on many farms which, in turn, could prove to become a welfare issue.

Farmers are being encouraged to come up with contingency plans to try to mitigate for this – for example, feeding “holding diets”, finding temporary accommodation and skipping washing-out to create a few extra days’ leeway.

Slaughter weights have crept up, with record highs seen. The latest standard pig carcass sample was 88.24kg. Retail demand is dropping slightly because of the uncertainty about what celebrations will be permitted during the Christmas period.

On top of these concerns, the highly pathogenic H5N8 avian influenza strain has reared its ugly head and the whole of the UK has been put under an avian influenza (AI) prevention zone.

This means any bird keeper, of any scale, must take a range of biosecurity precautions.

Infected premises, of which there are some in Gloucestershire, have restriction zones placed around them – a 3km protection zone and a 10km surveillance zone.

You may remember that, as well as the pigs, we have three broiler breeder farms (at different locations), so this is of concern to us.

If a pig unit falls into a restriction zone and birds are also kept on the premises, the movement of pigs will require an additional licence, which requires you to adhere to certain conditions. These include inspecting the birds for signs of AI immediately before pig movement.

If pigs are kept at the same location as birds where AI is detected, the site will be declared an infected premises.

Pigs will be subject to movement restrictions and will need to be tested. This may delay the movement of pigs and legislation could ask for pigs to be culled for disease control purposes.