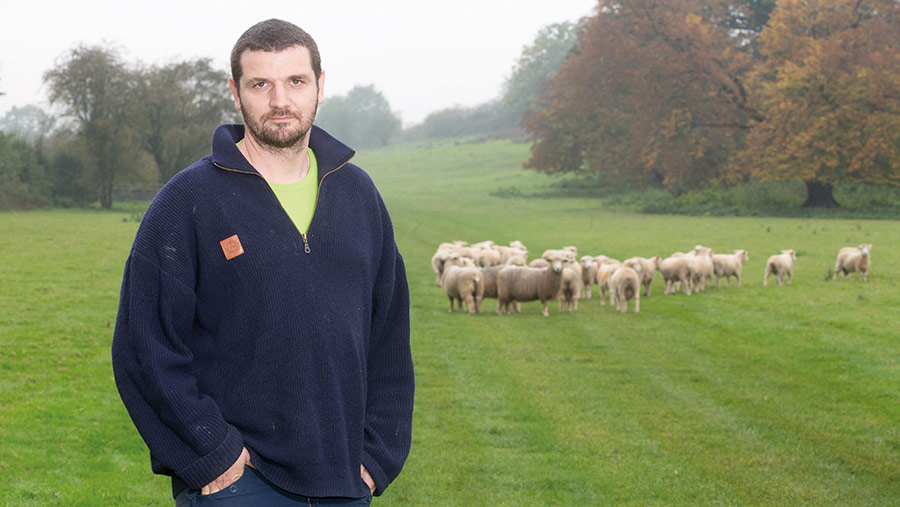 We have managed to slip the family away for a week’s break in Turkey just as drilling is finished.

The airport car park must be the best return on investment/ha on the planet!

This will have been the first proper time off the farm for more than two years. I have now made a resolution to try and do it a lot more frequently.

Lambs have been moving steadily out of the door. The last lot went out at £5.30/kg, meaning we did not have to keep them to “mega-weight” to meet our £82 budget target.

If all stays good, it looks like we will be only left with around 300 lambs after Christmas. As usual, James and Holly have got that side of the business well under control. Tups will be moving out next week.

This year we managed to get teasers in with everything and James will be strict in pulling rams out after two cycles.

I was always a lot more relaxed and tended to pull them out at scanning – after all, who doesn’t love a surprise lamb in July?

On the recording side, traditionally, we have just mated all the ewes randomly, but this year we are doing something slightly different.

I have spent a couple of days matching up ewe estimated breeding values (EBVs) with rams that carry a similar high-score EBV.

By being selective in our mating I hope to drive our genetic progress a little bit faster by having more high-index animals that we can use in future years.

After delaying drilling, the arable side is all complete, and again, in a series of firsts, I am spending a week washing down, greasing, repairing all the machinery and then putting it under cover for winter.

It seems arable farming is finally rubbing off on me, a simple livestock farmer.

The only sad note is we have 30ha of winter oats being pulled up this week because of blackgrass, despite using a straw rake to encourage germination, pre- and post-drilling glyphosate, a decent pre-emergent and delayed drilling to the beginning of October.

The crop still got to an unacceptable state. The saving grace is it’s on light land, so will be resown in a couple of weeks to try and outlast any further blackgrass flushes.