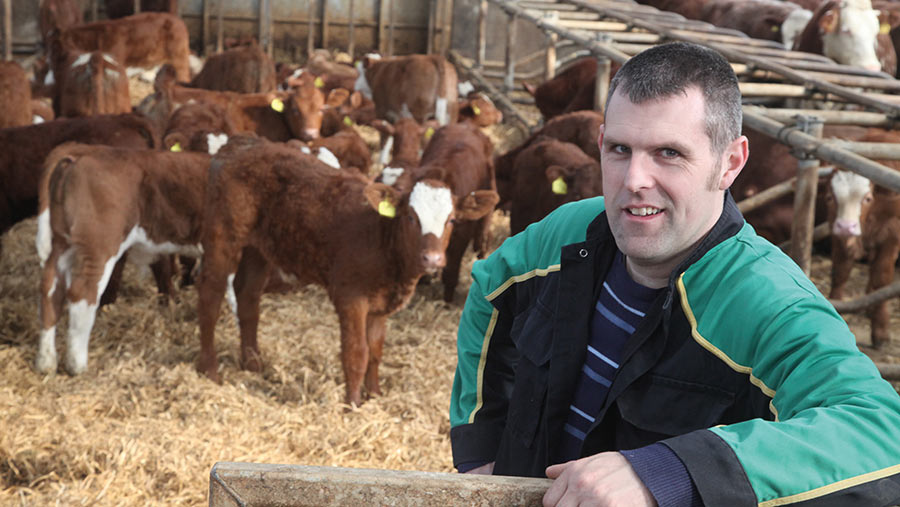 It’s 5am and I’m waiting for a cow to calve, so I thought I would use the time by writing my next Farmer Focus article. We are in the midst of calving and it certainly hasn’t been straightforward so far.

A caesarean which didn’t go to plan has left one cow very ill. Too many cows are needing help at calving and a few are unable to stand.

They’ve been on the same winter diet for 16 years. After some blood tests, the vet has found cows low in magnesium, calcium and phosphorous.

We calve for nine weeks in total. I was really pleased with this year’s group of calving heifers but sadly the sire of some of them seems to be leaving some of his daughters a bit loud and excited when they first meet their calf.

This is one trait I cannot stand and any heifer that’s too bad will be culled. I really was gutted last night when one of my favourite heifers in the group went absolutely crazy when she first calved. I hope the neighbours were already sleeping; if not there is no way they would have, until she had settled down.

Most of Orkney got some snow earlier in February. We had a good covering, and the bairns were out doing lots of sledging.

It’s the first time we have had to feed sheep silage.

We only had one building where the water froze. We are fortunate to have a burn running by the farm, so I just opened the door and let the cattle out.

Since the snow has gone, we have had good weather: clear days with a good drying wind which is just what’s wanted at this time of year.

Thankfully we had sold the last of our 2020 lamb crop before the snow. As usual we got more money for the poorest lambs than we had for the main batch.

Last year our calving went well and the lambing didn’t go so well. I’m really hoping it’s the other way round this year. Anyway, the cow has now calved, and all is fine. Here is hoping that next week will be better than last.