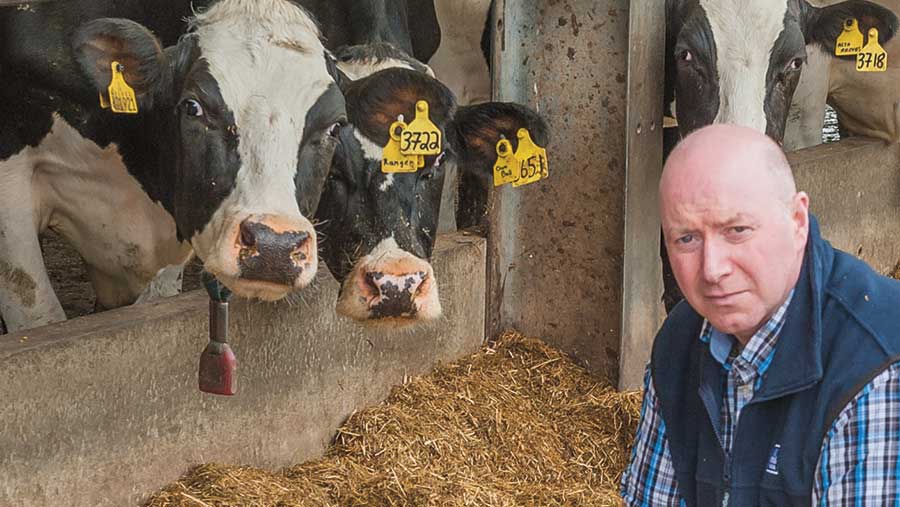 Well 2017 has arrived. The chains of nitrate vulnerable zones have been released at West Galdenoch so hopefully all our zero-grazing land will get covered over the next few days.

This should start the countdown until cutting commences in 10 weeks.

It will be so nice to see the days beginning to stretch, but I’m sure we will experience some winter weather after such a kind autumn.

In late December, we fitted 800 new cow collars from BouMatic, which covers identification, heat detection and health by recording eating times. New ID readers had to be fitted to the parlour and sort gates so looking at the computer screen has become a lot more exciting.

After using RMS for three months while reorganising staff we now have taken fertility work back in house. It will also help management with accurate milk yield for every cow.

The NFU Scotland (NFUS) presidential campaign has started and I have decided to put my hat in the ring. The hustings begin on 9 January continuing until the 20th, where all involved will travel throughout Scotland finishing in Orkney and Shetland.

This will be a great opportunity to meet many farmers from all sectors from the best arable land to the hardest hill ground.

These make up the diverse landscape in Scotland with an industry which has shown great resilience with a very limited reward.

My hopes are to learn about all the issues in the other sectors and see how NFUS can further the cause in getting a supply chain that is transparent with a fairer return for the primary producer.

Animal welfare is often a subject that retailers and others like to promote, but my main concern is farmer welfare and preserving the next generation of young farmers.

PS, Santa was very good to me although I didn’t get 30p/litre, instead of looking under the Christmas tree I should have gone to Yew Tree.