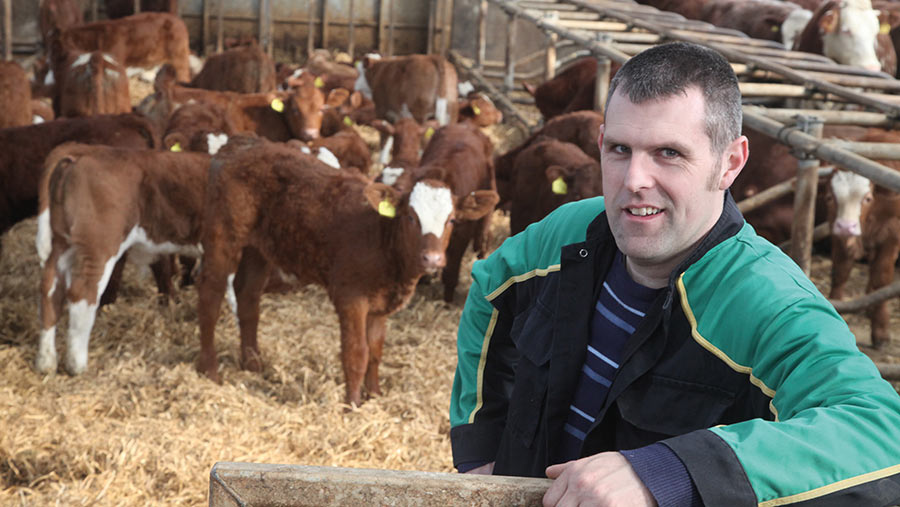 So much of what us farmers do is affected by the weather. This past month has been so dry, and I’ve been very thankful for it.

We have managed to get roads laid, a handling system dug out and walls poured. Strainer holes have been dug and fences put up and finished with no significant rainfall.

It’s not often we can work on our knees in grassland and our knees don’t get wet. This year we seem to have been able to keep our knees dry for weeks.

Because of the cold dry spring the silage crops were looking lighter, so I was in no hurry to start cutting. Thankfully it bulked up in the last few days of June and into the first week of July.

Again, because the weather stayed so dry, we have ended up finishing the silage about as early as we have before, despite starting later. I usually spread it once after the mower and again if the weather is catchy.

This year more than half of it wasn’t even tedded. Certainly the most environmentally friendly silage I have ever made.

Straw costs have forced us to look at alternative bedding. After paying £20 for a round bale in 2018, I started using poor-quality hay for bedding.

What I’ve found is that if it is chopped in the baler, it’s equivalent to poor-quality straw.

So, in 2020, I asked our local grass seed merchant if he would make up a cocksfoot mix. He also added Timothy and it was undersown with barley last year. The ewes grazed it last autumn and winter.

I thought I might be able to graze it in the spring again but like everything else growth was slow. When I went to cut it on 10 July I knew it was as big a crop of grass as I had ever cut.

Thankfully, the weather played ball and it was baled six days later.

They are smaller bales so they can be handled reasonably easily in the winter. We got 85 from 2ha (5 acres). Time will tell how they soak up things in the wintertime.