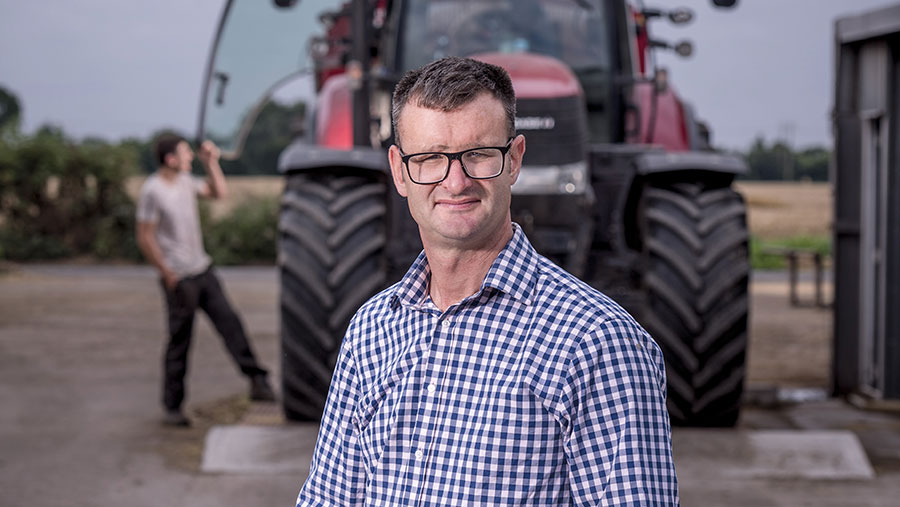 We have just finished the grain maize harvest. This time we haven’t crimped the maize, we have run it through the drier, as we have a barley mountain to feed to the cattle.

When we drilled the maize, we set off with the intention of producing some forage and some grain, but 24ha didn’t fit in the clamp, so that went up the combine.

See also: What’s in Your Shed? visits a Northumberland farmer and contractor

We have never dried grain maize before, but we have a willing and able drier man, Stephen, who has been using our continuous-flow grain drier as a 30-tonne batch drier.

We recirculate the grain four times using the track point function on the control screen, adding product occasionally to allow for shrinkage, and getting the moisture down from 39% to 15% in four passes.

The kerosene was bought in the first lockdown and put into a storage scheme costing us 17p/litre. We are burning 36 litres/t, so the fuel cost is £6.12/t and we are selling the grain at £195/tonne. This leaves some room for a decent margin at the end.

Fat cattle prices are buoyant, to say the least. There’s really no point me quoting prices as the ball is firmly in the producer’s court.

Some of the processors are totally hand to mouth and individual deals can be struck on the day for the right product being presented.

I read with interest that the value of modern classic tractors is on the up, due to their simplicity and reliability.

When I ask tractor dealers why there is so much sophistication on modern tractors, I always get the same response, “the customer demands it”. Well I’ve never demanded it.

I’ve lost count of the times we have been stopped for some sensor or other failing that has caused the whole machine to go into limp mode.

We have recently swapped our prime mover (main tractor) and there is a lot to be said for two rubber tracks, a power shift transmission, 400 horsepower produced with cubic capacity (not compound turbos), an electronic boost and a draw bar that requires two men to lift it.