In this WIYS? we go behind the scenes at John Goodfellow’s 2,300ha Northumberland farming and contracting operation.

It includes a high-horsepower machinery fleet, a feed-mixing facility and some neat workshop inventions. 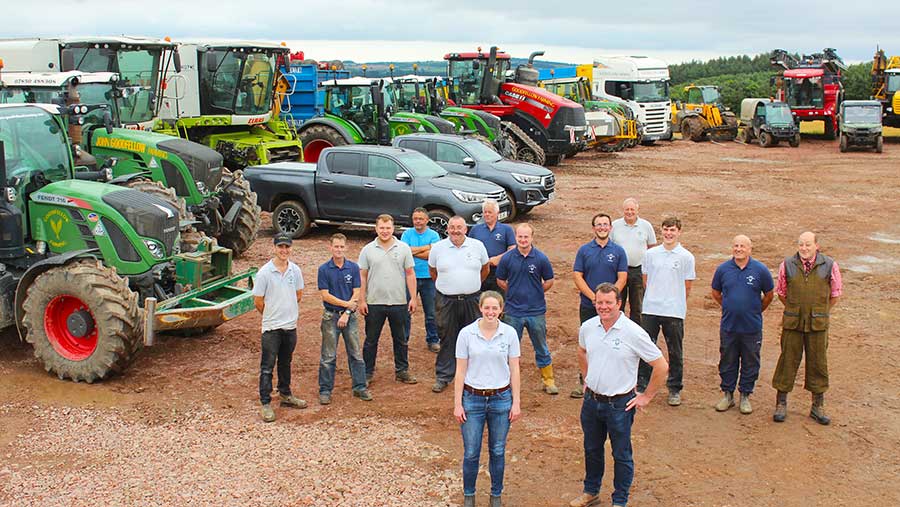 My parents took a hill farm tenancy in 1969, which we still have, and this year marks our fiftieth year of trading.

The biggest development in that time was the move to Longwitton – our base now – which allowed us to grow arable crops.

My contracting career started when I was 19. I had an old rape swather and deserved every penny that I earned with the deafening, bone-rattling machine.

I then took over the running of the farm aged 24 when my father decided to focus his time on a hotel that he’d bought.

We really like Fendt tractors and have gradually moved away from John Deere since having our first 930 15 years ago – the technology in them is great and the machines are reliable.

The lads are also used to driving them, so they wouldn’t take too kindly to me switching to another brand.

That said, we like to try out alternatives whenever we’re due a replacement.

Carrs Billington, which is nine miles away in Morpeth. It’s a huge dealership in our area and supplies all of our tractors, as well as some of the other implements.

They also have a fuel division and, at some points in the year, I end up owing them an astronomical amount of money.

Alan York, the salesman we deal with, is knowledgeable and friendly, the workshop staff are good and they treat us very well, which we greatly appreciate. 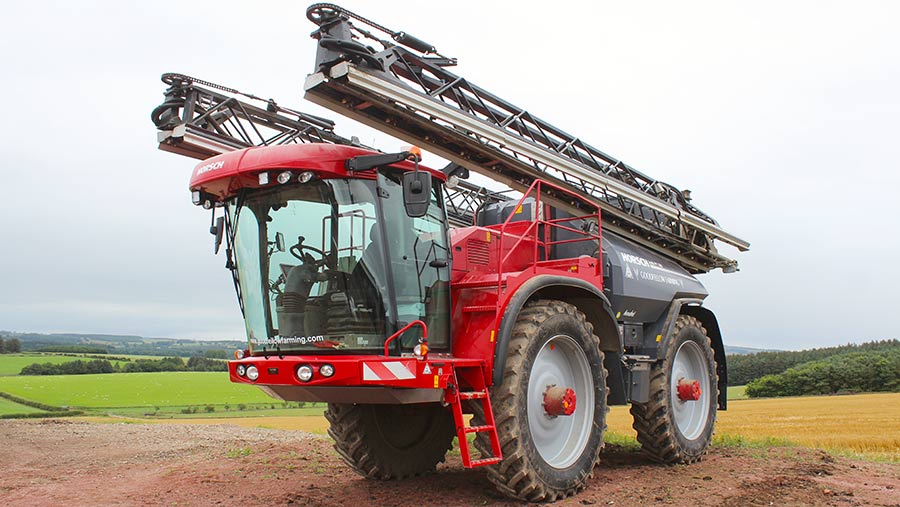 Favourite is probably the Horsch PT280 self-propelled sprayer with 36m booms and 8,000-litre tank, which we bought to replace a trailed Chafer.

I actually almost chose the Fendt Rogator, but decided that not being able to fix the aluminium booms and plastic tank would be a real pain.

We brew our own liquid fertiliser at a slightly lower concentration than usual – around 20% nitrogen – so it and the Chafer Multidrive are kept busy during the growing season.

Least favourite is the oven in our shoot bothy. I host all the shoot days on the farm and cook breakfast for the teams – something I’m not a natural at.

A JCB 542-70 telehandler, which will be a yard machine for feed mixing and was ordered with industrial-type tyres.

It was an unplanned purchase after its predecessor – a two-year-old Manitou MLT 840 – randomly self-combusted and burnt to a wreck a few weeks ago in the yard.

It was a pain because we’d already spent a fair bit of time and money fixing it. 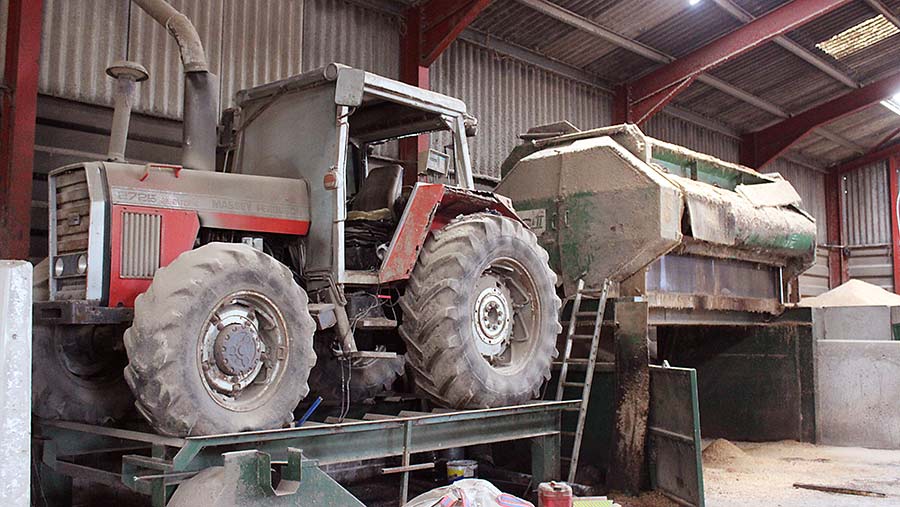 We have a Massey Ferguson 2725 that runs our Keenan 140 mixer wagon for the feed-mixing plant. The whole lot is mounted on stilts.

It’s missing windows and doors but starts first time, every time and is easily fixed if anything goes wrong.

I’ve also got a guillotine in my workshop that was built in 1944 and is still extremely useful.

We have no set policy, but all the frontline tractors are usually gone by 7,000 hours.

Occasionally we get bolt-on warranties to extend the protection on more troublesome tractors, but Fendt provides exceptional support anyway.

The engine on our 939 went bang just outside of the warranty but we only ended up paying for the labour, which was brilliant.

Our controlled traffic farming system is taking shape and 12m combine headers are the next step in the process.

I’m not sure when we’ll get around to buying them, but it’s handy to be over-capacity in Northumberland as the weather is so catchy.

Buying a Case Puma 150. It was bought as a cheap run-around for topping, bedding and general farm work but everyone hated it and it constantly broke down.

We traded it in for the Horsch sprayer after a year and we lost at least £17,000, plus all the downtime while it was being fixed.

The incident that springs to mind was actually a write-off rather than a repair. We had a Claas 695 forager that was chopping grass on a steep hill near the Scottish border and, while going up the hill, it stalled.

The hydrostatic transmission stopped working and the brakes would not hold it, so it careered down the hill, jumped a wall and ended up in the bottom of a ravine.

Fortunately, the driver, Dek Bolton, read the situation and leapt off the top step. 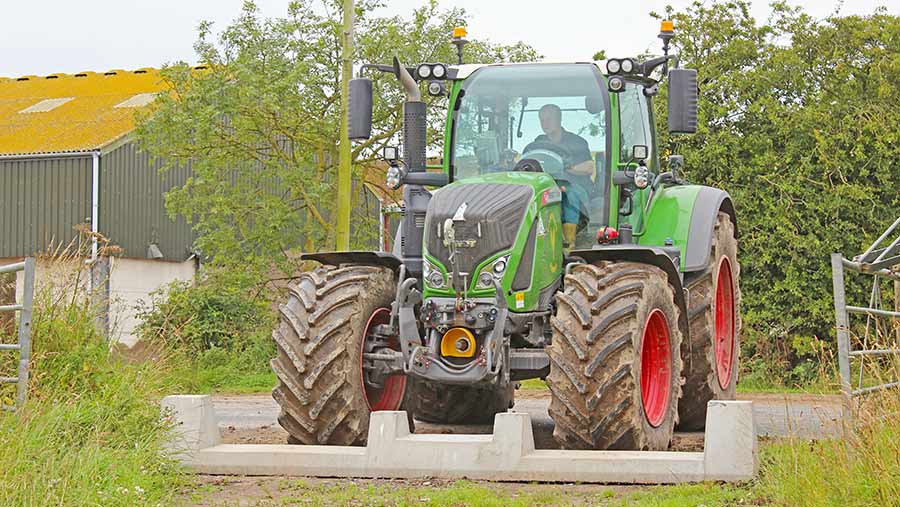 The Poacher Block. It’s a concrete barrier that sits in field gateways, allowing tractors and sprayers to drive over but blocking the way for 4x4s and wagons, which will hopefully reduce instances of fly-tipping.

I’ve now patented it and we’re selling them for £250 each.

I’ve also built a bespoke scraper with a specially built 3m ram to push chicken muck from underneath shed conveyors – something that was previously done manually with a shovel.

I intend to get it galvanised and hire it out, as most people will only want it for one day a year.

On the farming side, I built our two one-pass oilseed rape drills 10 years ago that have allowed us to get good crops established for about £75/ha.

They’re both based on Gregoire Besson Discordons (one 3.2m and the other 6m) with a 2,000-litre front tank and 1,500-litres on top to supply liquid fertiliser. A Horstine Twin Air carries and distributes seed and slug pellets.

Definitely the MIG welder. I spend far too much time welding things back together that shouldn’t have broken in the first place. That said, I really enjoy my time in the workshop.

It used to be spraying but, now that I’ve been made redundant from that job, it’s driving the combine. I do it full-time and think it’s important for me to be at the harvesting end of the system.

Least favourite is office work, but it’s a necessary evil. 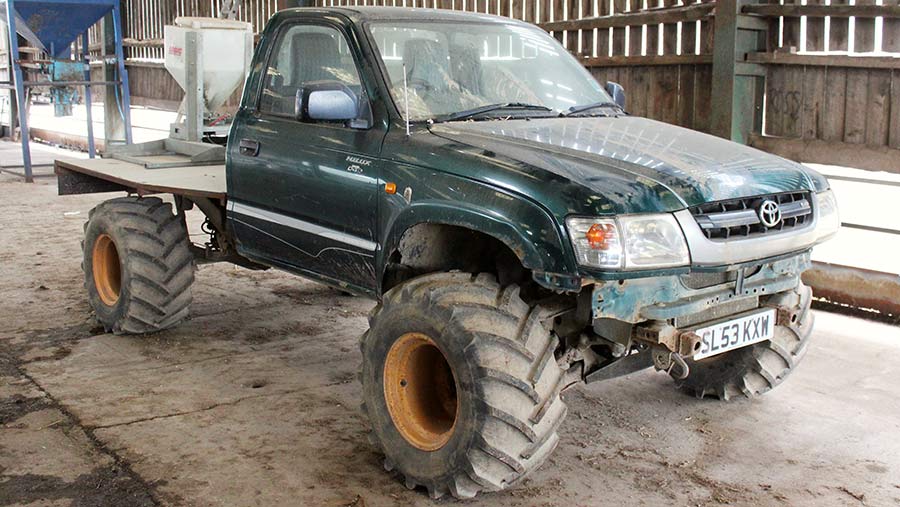 We’ve always had Toyota Hiluxs – my father first bought me one to try and tempt me back to the farm after university.

There are currently six on the fleet of varying ages, with the oldest MoT failure – a 53-plate on 140,000 miles – now fitted with big tyres and a slug pelleter. 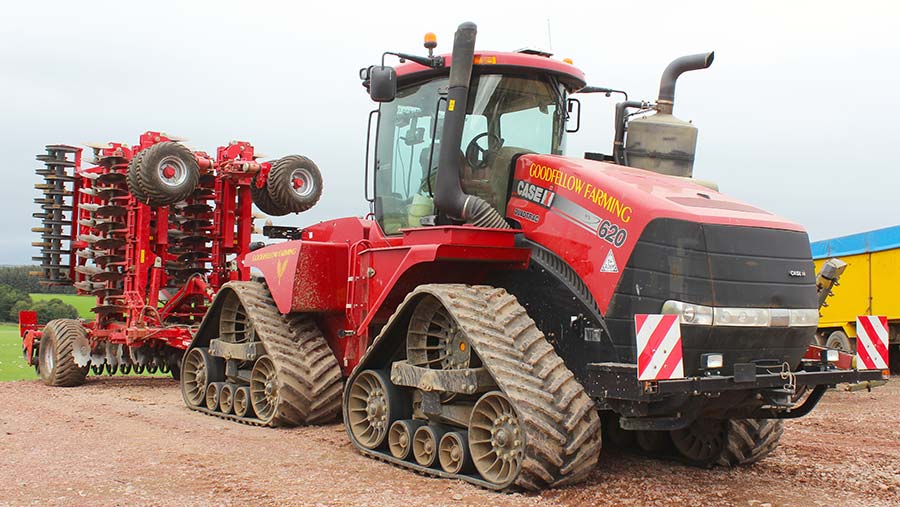 My favourite is the Fendt 939, but I wish it was fitted with the VarioGrip system that we’ve got on the 828.

The Quadtrac is brilliant too, but it can be frustrating seeing so much money doing nothing for most of the year.

A few years ago, I saw an advert in Farmers Weekly for an online bankruptcy sale. I ended up buying a Heath Bale Chaser unseen for £19,000 and I reckon I could still sell it for nearly £40,000.

I drove over to Penrith to pick it up with the 939 – I’d always wanted a bale chaser but never thought it was affordable. It’s made it a proper one-man job, although the driver needs to be skilled.