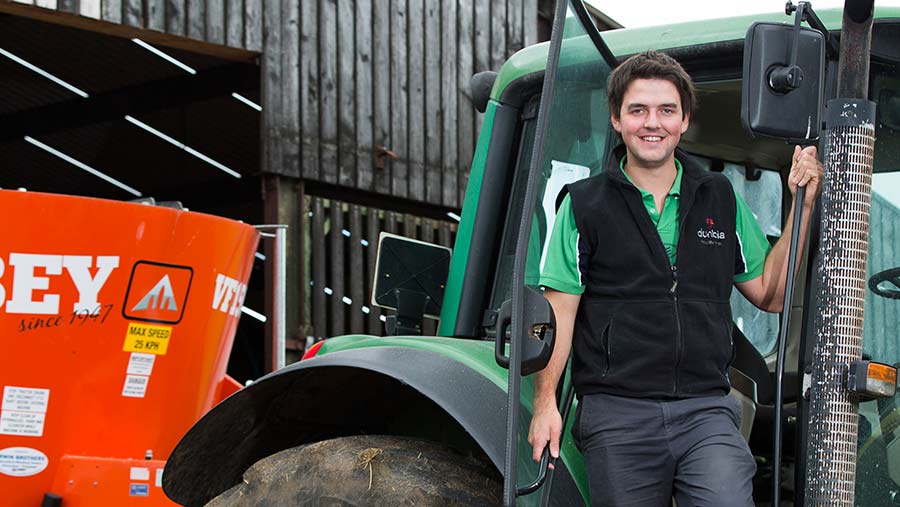 Calving on our farm is due to commence from the 18 of the month with all cows and heifers due to calve before the end of April.

Sheds and calving pens have been washed and disinfected using products and we are ready to use some products recommended for killing cryptosporidium and coccidiosis after some issues last year.

All cows and heifers have received there Rotavec Corona vaccine and will receive their annual bovine viral diarrhoea and leptospirosis booster vaccines before turnout.

Pregnant stock are now all being fed once a day in the evening in an attempt to encourage them to calve during the day and reduce night-time calvings.

We have tried this for the past few years, its hard to say for definite whether this is helping.

Cows have been penned according to due dates based on the pregnancy scanning to ease work.

This is the first time we have bred our own replacements and were on a synchronised AI programme to an easy-calving Angus.

They are due to calve before the main herd at 24 months and they have been batched separately.

It is our intention to try to keep these separate until turnout so as we can monitor condition and take any extra steps needed to help them get back in calf to achieve the 365-day calving which I believe will be the most difficult part of making calving at 24 months successful for us.

We are still trying to achieve better daily liveweight gains from our dairy-bred bull calves.

This is based on a mixture of Hereford, Limousin and Angus-cross Friesian calves and some Friesian bull calves.

Most of these bulls are grading O in the factory and O- for the Friesians.

Carcass weight for the beef-sired crosses is about 305kg and it is this area I would like to improve most. I would like to try a batch of better conformed calves can achieve carcass weights closer to 330kg with a higher kill-out percentage, improved weight gain and better food conversion.

The slurry ban lifted on the 1 February and it was great to have had a relatively dry winter which left good ground conditions enabling slurry spreading.

Soil samples were taken last year and fertiliser will be used according to the requirement after slurry.