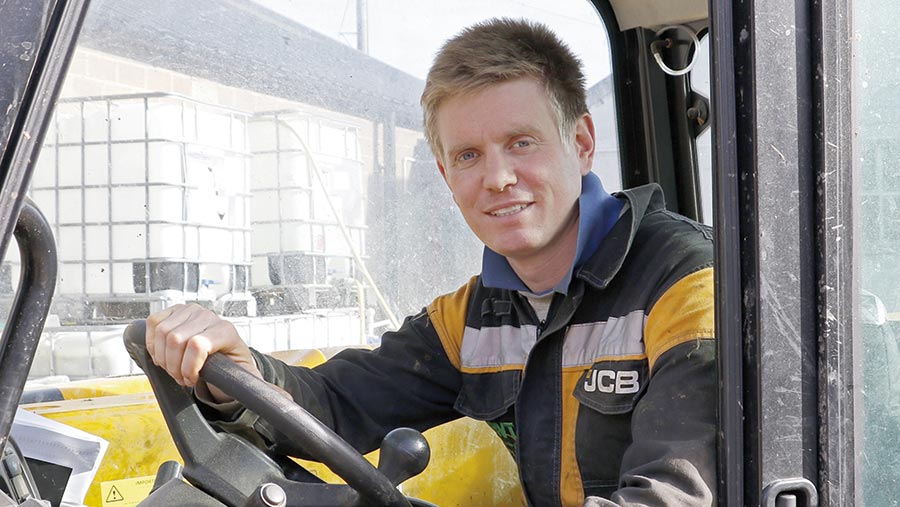 What a roller coaster this past month has proved to be. When I came home nobody told me that I would need to have balls of steel, and that for everything that went right there would be an issue equal that or worse in size!

We were all feeling pretty relaxed coming into May. We had got all 51ha of maize in and even stolen first cut before the weather changed.

And when it did change, we remained relaxed, as with a bit of warmth we thought we’d be quids in and the grass would grow nicely.

See also: 6 tips on managing maize and grassland after flooding

However, in my new relaxed demeanour I had not allowed for the May storms, which, of course, also had to coincide last Friday with the reading of our first 60-day TB test.

Oh, and then there is technology – are we better with it or without?

We farm on a flood plain near the River Severn. In the old days it would rain, and you watched the forecast and carried on in blissful ignorance until you got a flood alert on the house phone.

Now, I have an app on my phone, which shows me every river level in the UK at about five-mile intervals along each stretch. I kept refreshing the app to check on the Vyrnwy and Severn.

I could see if the river was rising from Newtown to Crew Green. With a horrendous weekend forecast predicted I watched it all unfold before my eyes. Would we flood? Wouldn’t we flood?

Then it appeared our luck had changed – a clear TB test, which was a massive relief, with another date now set in 60 days. Surely the storm would pass and it would be a double bonus?

I was feeding on Saturday morning and watching the gauges on my phone rise and the river then appeared over its banks. Luckily, the water was on and off within 24 hours and, fingers crossed, the maize has survived.

Our new bulk tank is being fitted. Is it future-proofing gone mad when we have pretty much doubled the size of our existing tank? I keep telling Mum and Dad that it is something to aim for and we will not need to worry about it again for some time.