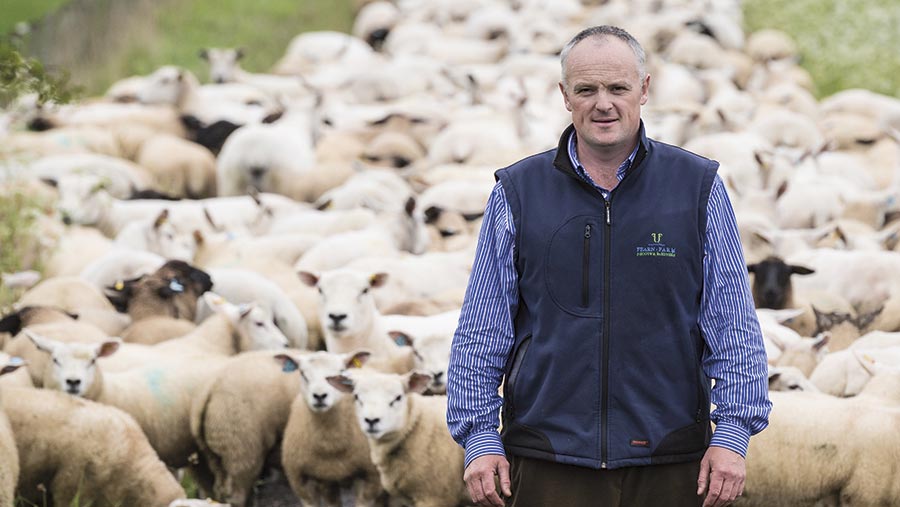 By the time you read this article, we will know our fate.

The in/out debate has gone on for long enough and it’s about time it came to a conclusion.

I’m in favour of staying in, but not by a huge margin. Either way I will continue to focus on the things that are within my control and influence farm profitability and lifestyle.

It’s not often we long for rain in this part of the world, but newly sown forage crops were getting fairly thirsty in mid-June – until three days of rain gave them and various weeds a much-needed drink.

I was starting to question the size of the step we have taken into the world of forage-based winter rations, but I hope with some sunshine, canny weed control and many metres of new fencing, it will prove to be the right thing to do.

By the end of the first week of June, 250 February-born lambs were sold, averaging 19.4kg and £83.26 net. Those remaining were weaned, dosed and will hopefully leave the farm before mid-July – albeit at less money.

All March-born stud lambs have been weaned and will be shorn as soon as they are scanned for back fat.

The weaning weights of all breeds were back 2kg on average from last year, mainly due to poor grass growth throughout the spring.

Aberfields, Texels and Suffolks were all near the 34-35kg average, while Beltex lambs averaged 31.5kg. Average age for all lambs was 12 weeks with no creep feed.

Last year, we sold any surplus cross-bred lambs on farm in early August. We need to make a decision soon whether we will do it again.

It certainly helped with cashflow and reduced winter workload, but with what looks like adequate winter forage, we may decide to keep lambs on longer with a view to finishing them ourselves.

We have synchronised one batch of Shorthorn cows and hopefully my newly learned AI skills will give us the opportunity to try some different genetics while achieving decent conception rates.

All cows and heifers have had their BVD and lepto vaccinations along with a trace element bolus, and bulls go out in the last week of June across all herds.

Beef Shorthorn bulls are now used across everything at Fearn, while Luing bulls are used on the outlying farms, where all cows are pedigree Luing.

Great to see the northern hemisphere rugby teams competing extremely well in the southern hemisphere this summer. I have to admit that even I enjoyed England’s victory in Australia.

John and Fiona Scott farm 200 suckler cows, 4,500 breeding ewes as well as some crops across 2,226ha. They also have two contract farming operations and generate energy from a small-scale wind turbine and biomass boiler.