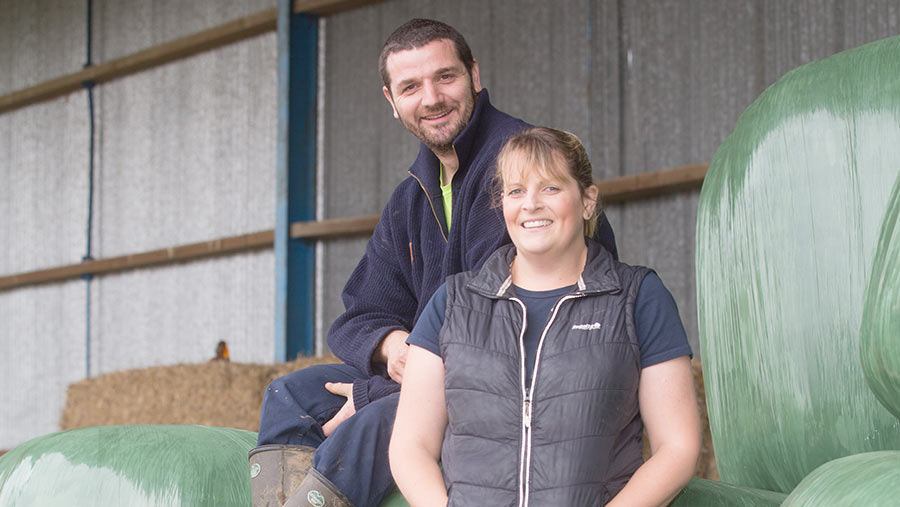 Suffice to say we have certainly struggled through July. Our water infrastructure has been tested and found to be lacking.

Grass reseeds are dead, stubble turnips are dead, clover overseeds are dead and last week we had 180 ewes plus twins break out and start heading towards the A10. I think I aged 10 years on that one day.

A big thank you Hertfordshire Constabulary – who would have thought two bits of police plastic tape would keep 30 ewes plus lambs on a grass verge?

One of the few days I start thinking “is this all worth it?” but, on the plus side, Jo assures me the grey hairs that are multiplying look “distinguished”.

Despite all the setbacks there are plenty of reasons for optimism. Lamb growth, while not great, has been steady, with minimal parasite risk and high dry matter values obviously helping. Ewes on the whole are looking in great condition.

The Tesco lamb cost of production model is paying significantly over market rates and winter barley has yielded slightly better and sold for £20/t more than cashflow so Paul Eagleton from HSBC was pleased.

After Jo and the children, he is probably the most important person we need to keep happy (to be honest all the children really need is a McDonald’s and ice cream).

With the additional arable land we have taken on, we needed to maximise storage and so Jo and myself took it upon ourselves to replace all the grain walling with larger L-shaped blocks. It was 34C outside with no air conditioning in the cab.

Despite having to see me in nothing more than work boots and pants fitting those panels, Jo is still with me – the mark of a truly great partnership.

With the increased sheep numbers and problems in finding labour we have upgraded our drill from a 3m version to a 6m version – we hope this will mean significantly better cover crops for the sheep as we will be able to get them in a lot earlier in the season.

It has also meant we have had to buy a bigger horse power tractor to actually pull it. I hope we can justify it through greater efficiencies.